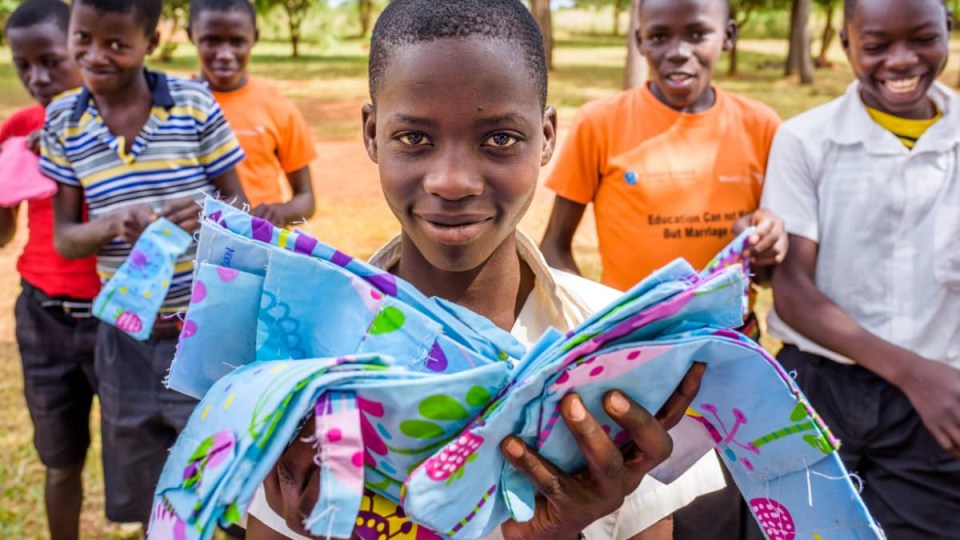 Ugandan schoolboys learn how to make reusable pads for their female school mates.

In 1986, Gloria Steinem, an American feminist and journalist, posited in a satirical essay “what would happen if suddenly, magically, men could menstruate, and women could not? Clearly menstruation would become an enviable, worthy masculine event. Surveys would show that men did better in sports and won more Olympic medals during their periods…”

While a sardonic observation, Australian gender rights activists campaigned for almost two decades arguing that a tax on feminine hygiene products was discriminatory.

Having successfully lobbied the state and federal governments, it was announced late 2018 that GST would be removed from sanitary items. This took effect in January this year.

But was the tax simply about boosting the coffers of state governments?

Totalling 0.5 per cent of the amount of GST raised each year, it was not in itself significant.

However, feminine hygiene products were not only taxed because they were previously categorised as ‘non-essential items’ – they were not considered an area of healthcare – that’s despite sanitary products protecting women from physical health risks, including reproductive and urinary tract infections.

Feminine hygiene products are a vital healthcare investment every month for millions of women and young girls worldwide – including in developing countries where they have the power to keep young girls in school, lower drop-out rates and reduce the risk of gender-based and sexual violence.

To support menstrual hygiene management and combat a lack of access to clean water and sanitation, World Vision operates the largest privately funded rural water, sanitation and hygiene program in the world.

Through the support of people like you, we reach one new person with clean water every 10 seconds!

But there is still much work to do.

Economic issues in many developing countries result in the disrepair of water and sanitation infrastructure, directly impacting schools and the ability to provide girls and young women with safe, private toilets.

Insufficient water supplies, privacy and soap, and a lack of hygienic mechanisms for sanitary product disposal contribute to high rates of absenteeism in countries like Ethiopia, where we know on average 51 per cent of girls miss four days of school per month because of their period.

That’s where our WASH program makes a tangible difference. Focused on water, sanitation and hygiene for all people, WASH works to combat disease while providing education on hygiene best practices.

It affects entire communities and livelihoods, but it particularly supports girls and young women to manage their menstruation in a dignified and hygienic manner.

It’s time to break down the barriers and banish period shaming to the dark ages. Don’t you think?

Help end period poverty and break down the barriers for young girls in developing countries across the globe when you empower a girl through child sponsorship. Make a life-changing connection that gives the gift of health while positively impacting her greater community.

Talking menstruation is a taxing business