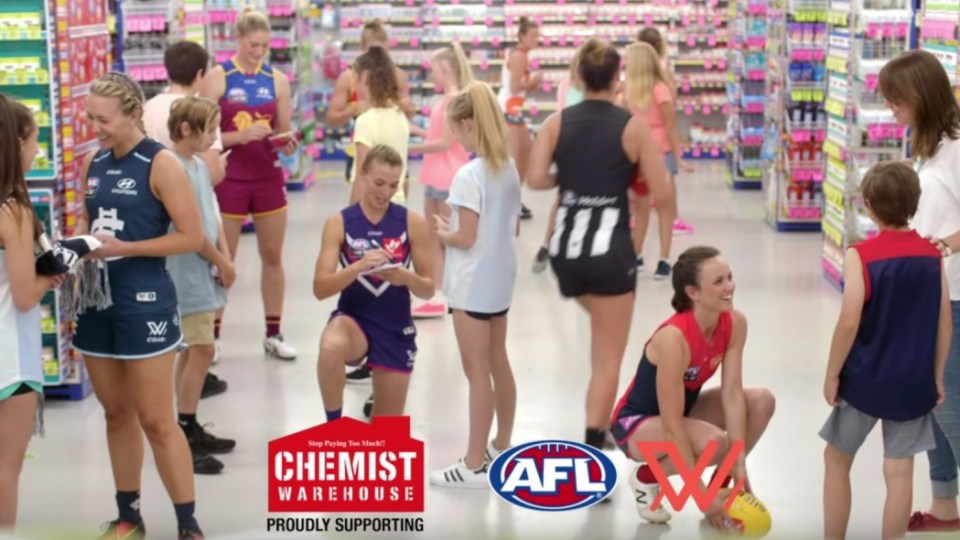 Chemist Warehouse Group has created an inspiring television commercial campaign to support the launch of the AFL Women’s League and new generation of sporting heroes.

Chemist Warehouse announced a new partnership with the AFL Women’s (AFLW) as the Official Chemist Retail Partner of the AFLW. As part of the agreement, Chemist Warehouse became the NAB AFLW Match Ball partner, with the group’s instantly recognisable logo included on-ground at all AFLW matches, including activations at selected games.

Chief operating officer of Chemist Warehouse Group, Mario Tascone, says the campaign is aimed at reinforcing the positive and inspiring values of the AFL, in particular for young aspiring footballers in Australia, both men and women.

“The AFL has come a long way since its first-ever Australian rules women’s football match over 100 years ago, and we are very excited to be involved in this remarkable initiative as these pioneering women make their mark in Australian sporting history”, Mario said.

“We have great expectations of the game in the years to come, and will continue to support women across Australia to live their dreams and participate in sports across the board, all of which is reflected in our inspirational creative campaign.”

As the official broadcast partner for Channel Seven and Fox Sports for AFLW, the commercial will air across the Seven Network and Fox Sports, as well as online and throughout Chemist Warehouse stores nationwide.