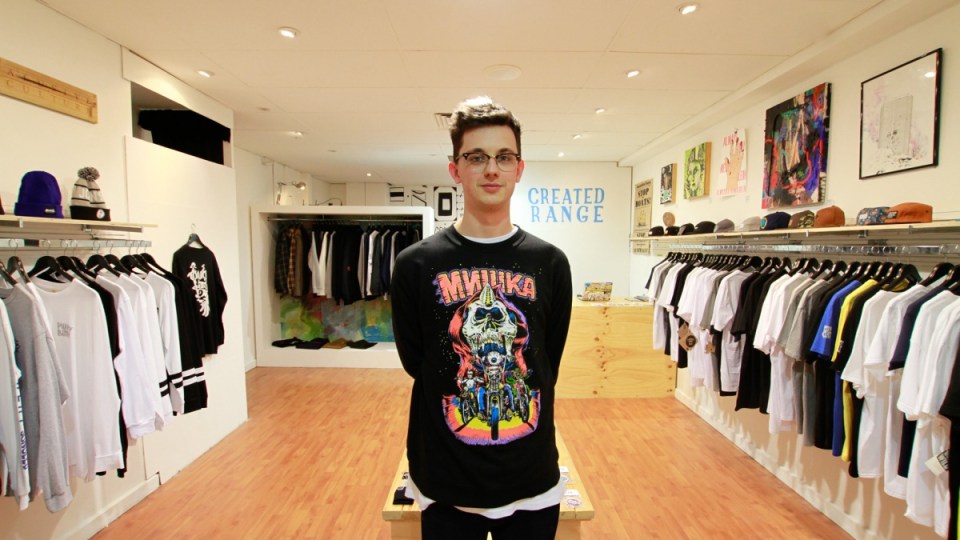 At just 24 years of age, Dave Court owns his own business.
sponsored

If the rise of startup culture and the shared economy says anything, surely it’s this – more and more of us want to be our own boss.

Australians are keen to break the humdrum of the 9-5 working week, with an estimated 4.1 million people, or around 32 per cent of the workforce, having done freelance work in 2014-2015, according to the jobs marketplace Upwork.

With the benefits of running the show yourself including increased flexibility and a sense of purpose and control, it’s easy to see why so many are flexing their entrepreneurial muscles.

But what’s it like taking the plunge and forging your own employment path?

We spoke to two young Australians who have turned that dream into a reality. 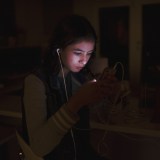 Behind on life admin? These apps will help you organise your life 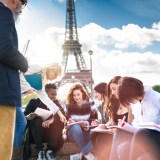 Get paid to live and study overseas

As she tells it, Jasmin Parasiers almost fell into the world of small business.

At 15, her teacher from year 7 approached her to ask if she would tutor one of his students.

What started as a part-time job to make some pocket money has morphed into a thriving small business.

She now owns and manages Intuition Tutoring Services, serving 30-40 students, from those in their first year of school up to university.

“As my reputation grew, I became quite popular in the local area,” Jasmin says.

First she worked with local students out of a granny flat in the back of her parents’ house, before moving into a studio property.

“I was fortunate to borrow money from Mum and Dad,” she says.

Soon, Jasmin began hiring people to work for her, which was a “major learning curve”.

Now 28, a qualified teacher with 12 years’ tutoring experience, Jasmin says she learned to delegate tasks so she wasn’t overrun with things to do.

“This is a major challenge for any small business owner who thinks that they have to run the ship and man the entire operation,” she says.

“The owner/operator often gets so caught up in the daily chaos that it can be difficult to see the bigger picture and to devote time to growing the actual business.”

There have been other lessons, too. Superannuation, for instance, is something that she wishes she had dealt with earlier in her business journey.

“I definitely was not thinking about it as much as I should have been and I deeply regret this,” she says.

Jasmin says she was lucky to receive regular super payments at a second job, but is now offsetting her earlier mistakes through additional contributions.

Australians are able to make contributions to their super, either from before-tax – known as salary sacrificing – or after-tax income.

Salary sacrifice means arranging with your employer to pre-allocate some of your income to your super. The benefit? You may pay less tax on the money you’ve ‘sacrificed’ than you would if it was paid as income. And if you add to your super after tax, you could be eligible for a co-contribution from the government of up to $500, depending on your level of income. You may also be eligible to claim a tax deduction for your super contributions if you’re self-employed like Jasmin.

“This is something that young people should definitely be educated about more,” Jasmin says.

For Dave Court, running a small business has been about giving himself creative freedom.

“It’s being able to make things and work with people that I like and want to work with,” he says.

In the process, the 24-year-old has bucked the retail trend, opening a boutique shop front while others close their doors or move online.

The Adelaide-based designer is the founder of Created Range, a proudly independent clothing retailer that stocks local brands, including his own, foolsandtrolls.

“I do all the design and screenprinting onto locally and ethically made garments,” he explains.

Dave started foolsandtrolls about four years ago while he was studying painting at uni. He taught himself to screen print and “kind of went from there”.

“As primarily an artist and designer, the financial and business side of things isn’t my strength,” he says, “but I manage to get by.”

“It’s just the necessary unpleasantness that I need to get through in order to be able to do what I like.”

Dave took a course in the basics of business management, which “was helpful to pre-empt a lot of challenges”.

“Just don’t be naive about the hours of effort involved in starting your own business,” he says.

It’s best to have a plan to take care of your own super, and know what your responsibilities are to your staff. More than one in four self-employed workers have no super savings, research shows.

Dave and Jasmin benefitted from the AustralianSuper Career Kick Start Award, giving them an added financial boost to match their talent and hard work.

“Be educated, be prepared to work harder than you think, and don’t be afraid to ask for help,” says Dave.

Jasmin, meanwhile, says being her own boss means she can pursue her own vision and have a positive impact on people’s lives.

“I look back over my notes and see that our most successful year 12s were originally failing when we started working with them,” she says.

“Now, our past students are confident university graduates, TAFE students, apprentices and small business owners of their own.

“Knowing that we might have had something to do with that is an incredibly powerful experience.”

These young Aussies became their own boss. They reveal the secrets to success