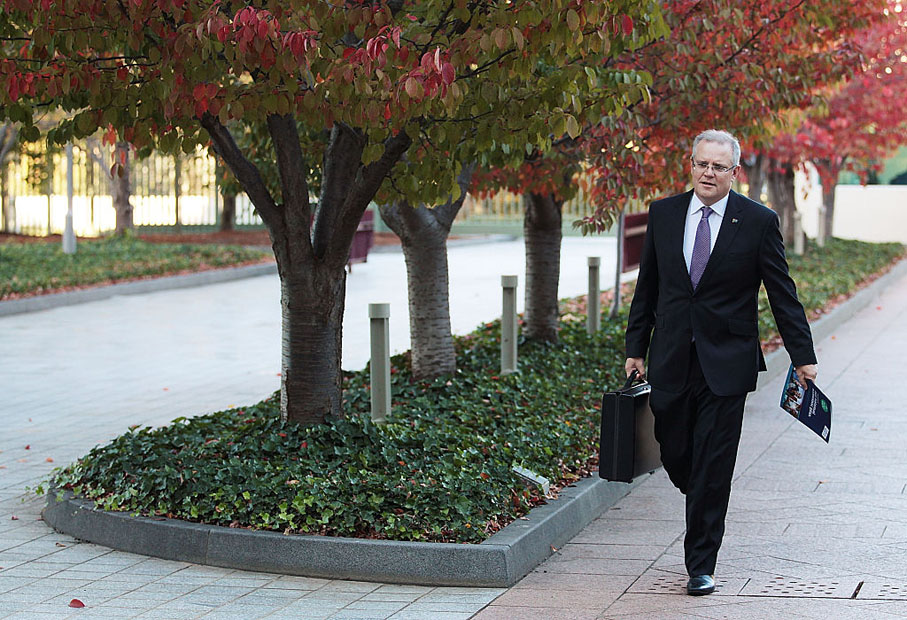 Of all the headline initiatives of the budget, one of the most controversial is the company tax cut.

Given the events of the global financial crisis and its aftermath, talk of a tax cut for companies should prompt us to ask whether corporations have learned their lessons.

After the economies of the world walked to the precipice and stared into the second Great Depression, they turned their gaze inward, to answer an existential economic question: what led us to this point?

Of all the swiftly convened inquiries and parliamentary committees that investigated the crash, one of the most prominent, the US National Financial Crisis Inquiry, found that dramatic failures of corporate governance, lack of transparency and a systemic breakdown in accountability and ethics all contributed to the crisis.

Decisive intervention by the Rudd government ensured that Australia emerged from the crisis more quickly and with fewer lasting scars than most countries, particularly the United States and parts of Europe.

But our relative soft landing shouldn’t blind us to the corporate governance issues that brought us to the brink in the first place.

Overseas governments, businesses and citizens all resolved that corporate behaviour, risk management and financial regulation must be significantly improved. In Australia, by 2014 the Abbott government had substantially cut the resources of Australian corporate regulators.

What is striking about post-crisis Australia is the number, breadth and severity of corporate scandals that have emerged – indeed, we are surely approaching scandal fatigue.

Corporate scandals have damaged our financial infrastructure, causing markets to inefficiently and ineffectively allocate capital and provide transparent and accurate prices. They have also caused harm to Australians who have suffered serious long-term financial consequences.

Retirees have had their nest eggs depleted by shocking financial advice, investors have paid over true value for financial products, workers have been short-changed and governments have been swindled by aggressive tax avoidance.

One of the key arguments underlying the company tax cut is that it will produce a ‘growth dividend’ – this has been contested by a number of economists and the Australia Institute.

But even if the growth dividend does exist, we know from the world leading up to 2007 that growth built on poor corporate practices can quickly disappear, leaving the rest of us to clean up the mess.

In weighing the merits of company tax cut, we should also consider the damage of corporate wrongdoing to the Australian economy and demand better levels of compliance from corporations.

In exchange for a reduction in company tax, companies doing business in Australia should be held to higher standards of conduct backed by tougher civil penalties, enforced by fully-funded economic regulators. New remedies such as enhanced whistleblower incentives and disgorgement should also be on the table.

Tying a company tax cut to corporate law reform will ensure that corporate misconduct is minimised, and that businesses, markets, retirees and workers can invest confidently into the future.

The budget’s most controversial initiative