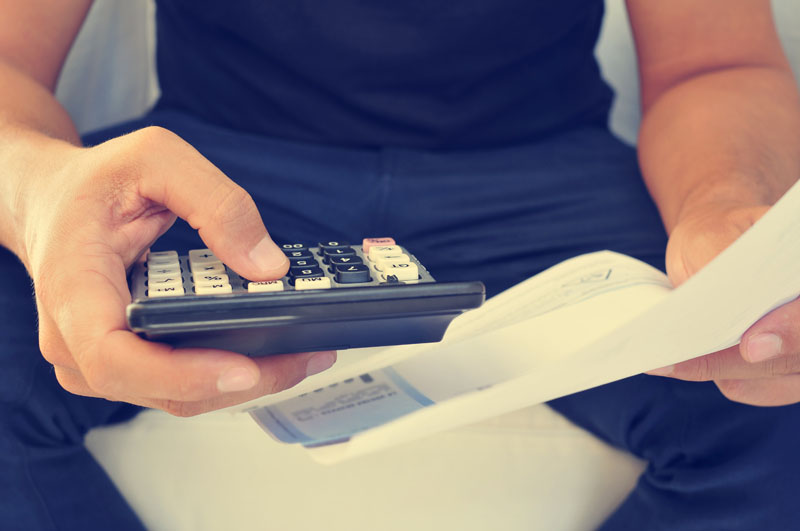 Pinching pennies is difficult at the best of times, but it’s made harder when you don’t know exactly where those hard-earned dollars are disappearing to.

Keeping a spending diary may sound excessive, but it can be one of the best ways to identify the bad habits that are getting you into the red every month.

Even better are money apps that graph your spending for you, so you can observe with shame that 30 per cent of your last pay cheque went towards entertainment.

Of course, necessities such as rent, mortgage and credit card repayments are where the lion’s share of our finances gets delivered.

But the little things still add up, like that pesky coffee habit or those unnecessary train trips.

Below are eight of the most common ways we leak money each month.

Most banks charge either monthly or yearly fees, which can be fine when it’s your main account, but if you have multiple active accounts it might make sense to consolidate. If you’re looking to switch to a basic bank account with low or no fees, check out this list from Affordable Banking Info, recommended by ASIC.

Staying fit is important, but unused gym memberships can really waste your money (and make gyms rich). Be pragmatic – if you’re only using the gym once a week, it’s probably not worth the $30 weekly fee. Consider downloading one of the many free exercise apps, such as this one from Nike or this one from Couch to 5K.

Most coffee drinkers are aware of the damage their morning cup is doing to their hip pockets, but the solution doesn’t have to be giving up caffeine for good. It may not taste quite the same, but investing in a milk frother and decent percolator or plunger coffee will get you close to an espresso, and could save religious drinkers up to $1000 per year.

Ah, the scourge that is ATM withdrawal fees. Often, this one is simply a matter of laziness. Your account is with Westpac but the Commonwealth ATM is one block closer. Although such slobbery is sometimes unavoidable, there are a few things you can do. One is to use the ATM locator on your bank’s app in advance, while another is to take out more cash when you do decide to cop the fee.

It’s unlikely many of us can get away without spending some money on transport costs, particularly those who have to commute for work every day. But walking that extra 15 minutes instead of taking the train every weekend adds up and is good for your health, too. For the drivers our there – keeping your tyres pumped up will help curb fuel wastage while the MotorMouth app shows where cheap petrol is hiding.

Smokers are officially in the minority in Australia, with 16 per cent of us shelling out daily for cigarettes in 2012. Like coffee addicts, smokers know the habit is an expensive one, but that doesn’t make it much easier to kick. But, just to reiterate, a pack-a-day smoker will save almost $8000 a year by quitting – enough to fly around the world.

Weddings have always been big business, but in Australia the industry just keeps growing. Even attendees shell out thousands of dollars a year on outfits, presents and travel. To keep costs down, try renting dresses or suits and organising big, group presents – so you feel just as generous.

There seems to be a cheap supermarket revolution happening in Australia at the moment – and it’s all thanks to Aldi. The always-efficient Germans have developed a cheaper method of packing, stocking and selling groceries. Be prepared for a less attractive aesthetic, paying for plastic bags and big savings on your shopping list.

If you would like to receive the SpotJobs Generational Report, simply head to this website and enter your details. All images via Shutterstock.

Eight ways you are wasting your pay cheque