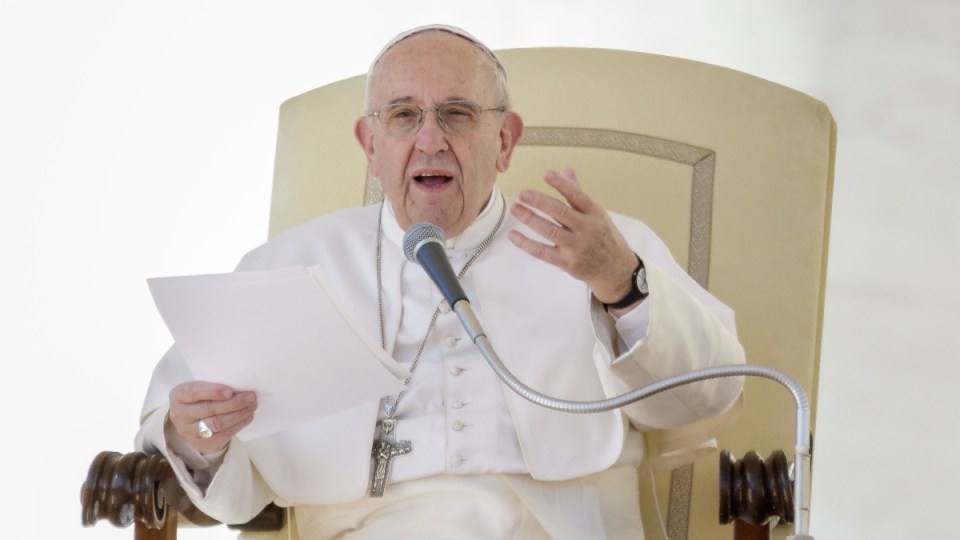 Pope Francis' long-awaited roadmap for reforming the church has finally been unveiled.Photo: Getty

Pope Francis has released his long-awaited reform program of the Holy See bureaucracy that envisages greater decision-making roles for the laity and gives new institutional weight to efforts to fight clerical sex abuse.

It comes amid multiple scandals of child-sex abuse and corruption centred on Vatican finances that have rocked the church to its core.

Francis was elected in 2013 in large part on his promise to reform the bulky and inefficient Vatican bureaucracy, which acts as the organ of central governance for the 1.3-billion strong Catholic Church.

He named a cabinet of cardinal advisers who have met periodically since his election to help him draft the changes.

Much of the reform work has been rolled out piecemeal over the years, with offices consolidated and financial reforms issued. But the publication of the new document, for now only in Italian, finalises the process and puts it into effect in June.

The document was released on Saturday, the ninth anniversary of Francis’ installation as Pope and the feast of St. Joseph, an important figure to Francis’ ministry.

It envisages greater roles for laity, making explicitly clear that lay people — not just priests, bishops or cardinals — can head a major Vatican office, and that all staff should reflect the geographic universality of the church.

In one of the major changes, it brings the Pope’s advisory commission on preventing sexual abuse into the Vatican’s powerful doctrine office which oversees the canonical investigations of abuse cases.

Previously, the Pontifical Commission for the Protection of Minors existed as an ad hoc commission that reported to the Pope but had no real institutional weight or power. It often found itself at odds with the more powerful Congregation for the Doctrine of the Faith, which reviews all cases of abuse.

Now the advisory commission is part of the newly named Dicastery for the Doctrine of the Faith, where presumably its members who include abuse survivors can exert influence on the decisions taken by the prelates who weigh whether predator priests are sanctioned and how.

Other changes involve making the Pope’s personal envoy for charity and alms into the head of a dicastery in its own right, making clear the importance that this service-oriented job has for Francis. The position is currently headed by Polish Cardinal Konrad Krajewski, who recently headed a humanitarian mission to Ukraine on behalf of the Pope.

In addition, two Vatican offices for evangelisation are merging into one Dicastery for Evangelisation. Previously the Vatican had an entire parallel bureaucracy dedicated to supporting the church in the developing world where Catholics are a minority, with another office dedicated to reviving the faith in countries where Catholicism is already heavily present. The new office combines them and is headed by the Pope, assisted by two deputy prefects.

Overall, the reform document calls for a “healthy decentralisation” to give more decision-making authority to local bishops rather than have Rome continue to be the central clearing-house for governance decisions.

But the text also makes clear that such authority cannot touch on matters of “doctrine, discipline and communion,” a warning that individual bishops conferences cannot stray from core tenets of church teaching.