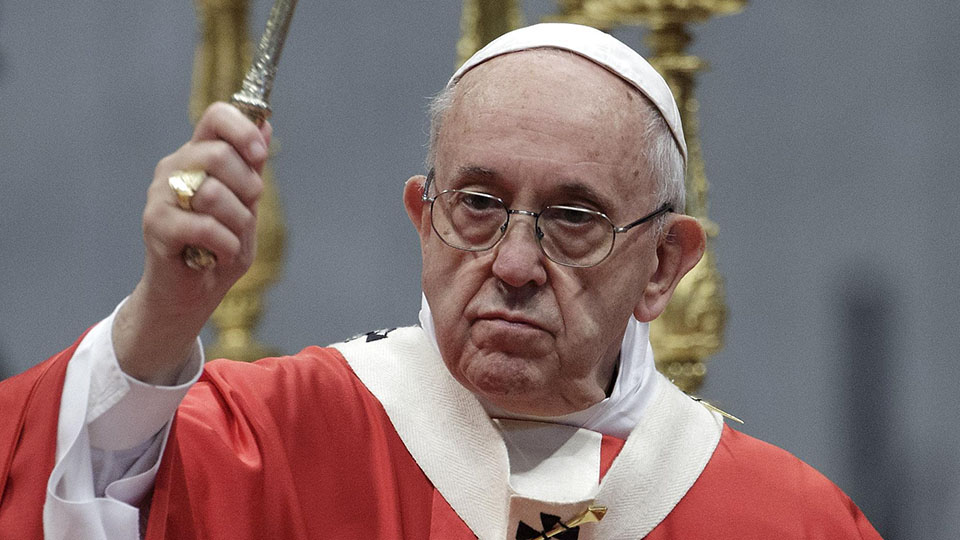 Pope Francis personally approved proceeding with the charges against Cardinal Becciu and others. Photo: EPA/Donatella Giagnori

A Vatican judge has ordered 10 people, including an Italian cardinal, to stand trial for alleged financial crimes that include embezzlement, money laundering, fraud, extortion and abuse of office.

Those indicted on Saturday include Cardinal Angelo Becciu as well as the former heads of the Vatican’s financial intelligence unit and two Italian brokers involved in the Vatican’s purchase of a building in a luxury area of London.

Becciu, who Pope Francis fired last year and who has always maintained his innocence during a two-year investigation, became the highest-ranking Vatican-based official to be indicted for alleged financial crimes.

Becciu was one of the Vatican money men scrutinised by Australia’s Cardinal George Pell before he returned to Australia to stand trial for sexually abusing choir boys. Found guilty, he was subsequently freed from prison by a 7-0 ruling of the High Court.

As per church law, the Pope personally approved the judge’s decision to investigate and indict Becciu.

The charges against him include embezzlement and abuse of office. An Italian woman who worked for Becciu was charged with embezzlement.

Torzi, for whom Italian magistrates issued an arrest warrant in April, was also charged with extortion. Both have denied wrongdoing.

Four companies associated with individual defendants, two in Switzerland, one in the United States and one in Slovenia, were also indicted.

The trial is due to start on July 27 in the Vatican, a statement said.