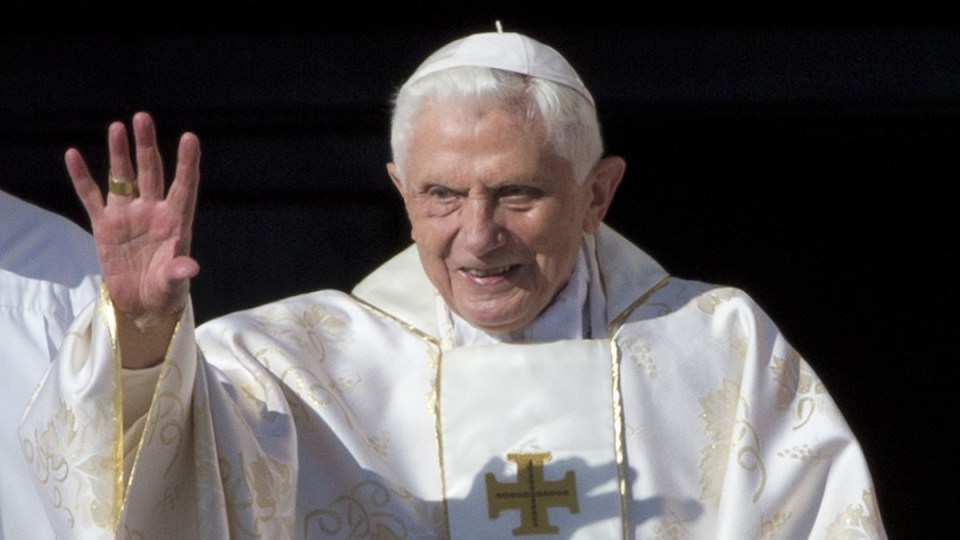 Former Pope Benedict has blamed the Catholic Church’s sexual abuse scandal on the effects of the sexual revolution of the 1960s and a general collapse in morality.

Critics accused him of trying to shift blame away from the Church.

In a rare essay, the pope emeritis, who for 23 years headed the Vatican doctrinal office that has been widely criticised for its handling of sexual abuse cases, argues that the sexual revolution led some to believe that pedophilia and pornography were acceptable.

The 91-year-old, who in 2013 became the first pope in six centuries to resign, also bemoaned that some Catholic seminaries had an openly gay culture and thus failed to train priests properly.

“It could be said that in the 20 years from 1960 to 1980, the previously normative standards regarding sexuality collapsed entirely, and a new normalcy arose that has by now been the subject of laborious attempts at disruption,” the former pope wrote.

The two Popes, past and present, are miles apart in their analysis of the sex-abuse scandal. Nowhere does Benedict mention “clericalism;” Pope Francis does not speak about the moral breakdown that Benedict blames for the scandal.

He was in charge in 2002, when the first-wave abuse cases were exposed in Boston.

Abuse scandals have since led the Church to pay out billions of dollars in damages to victims and forced it to close parishes. Many cases date back decades before the 1960s.

Revelations that predatory priests were often moved from parish to parish rather than expelled or criminally prosecuted as bishops covered up the abuse have shaken the church globally and undermined its authority.

Late last year, Australian Cardinal George Pell became the most senior Catholic to be convicted for child sex offences and brought the scandal to the heart of the papal administration.

Benedict offered his evaluations in a long essay in Klerusblatt, a monthly Church magazine in his native Bavaria region of Germany. A Vatican official confirmed it was authentic.

I have the greatest respect for Pope Emeritus Benedict XVI, especially as a theologian. However, I disagree with most of his analysis of the sex abuse crisis. Blaming it on poor theology and the sexual mores of the 1960s dramatically misses the mark. 1/ https://t.co/DhG6QZfGti

The impetus for the essay, titled The Church and the Scandal of Sexual Abuse, was a summit of senior bishops that Pope Francis held in February to discuss the crisis, he said.

“Among the freedoms that the Revolution of 1968 sought to fight for was this all-out sexual freedom, one which no longer conceded any norms,” he wrote, according to an English translation published by several Catholic websites.

He said the spread of explicit sex education for young schoolchildren and nudity in advertising had contributed to a loosening of moral bearings.

“This is an embarrassing letter,” said Brian Flanagan, professor of theology at Marymount University in Virginia.

Benedict wrote that there was a “far reaching breakdown” of the traditional methods of priestly formation that coincided with a dissolution of the Christian concept of morality.

“In various seminaries homosexual cliques were established, which acted more or less openly and significantly changed the climate in the seminaries,” he writes.

Benedict, who has appeared in public only a handful of times since his resignation, said the situation in Catholic seminaries has since “greatly improved.”