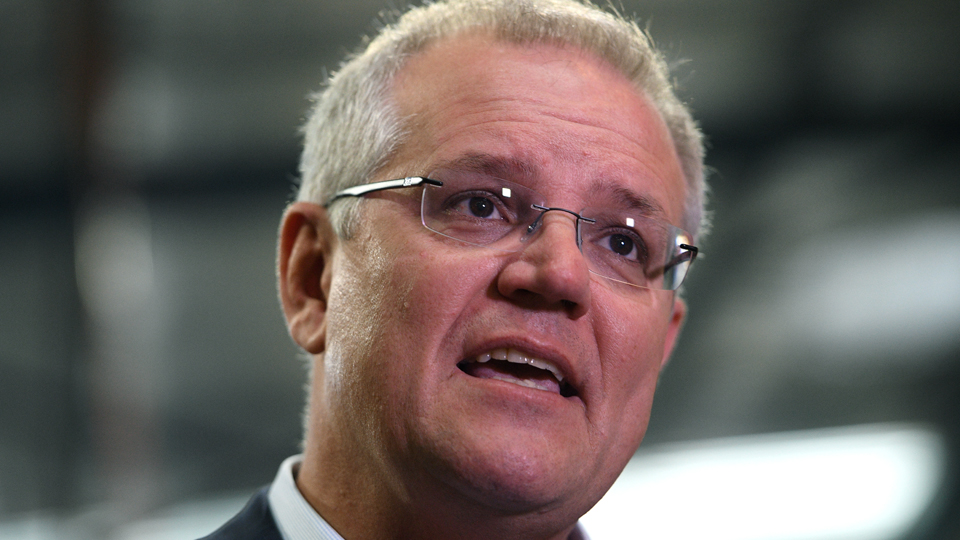 It's been more than 12 hours since Scott Morrison's website was taken over. Photo: AAP

Prime Minister Scott Morrison has refused to answer whether schools should be allowed to turn away gay students, as a leaked report on religious protections threatens to expose deep divisions inside the government.

On Wednesday, Fairfax Media reported that a review by Liberal Party elder Philip Ruddock had recommended expanding the right, under federal law, of schools to discriminate against students based on their sexuality.

Asked whether he believed this would be fair, Mr Morrison said: “Well it’s the existing law and we’re not proposing to change that law to take away that existing arrangement that exists.”

He was asked a second time, and again he said: “It’s existing law.”

The Australian has since reported that the review in fact recommended the opposite – a restriction on the ability for religious schools to discriminate against gay teachers and students.

The government has not released the report publicly, to allow its contents to be verified.

Regardless, it may prove a fraught issue for the Prime Minister, as his party recently suffered a bitter split between moderates and conservatives over the issue of climate change and Malcolm Turnbull’s leadership.

The ABC’s Patricia Karvelas reported that several Coalition MPs were uncomfortable with the proposal. Ms Karvelas quoted one MP as saying Mr Morrison “has a blind spot” on the issue, given his devout Christian faith.

The reactions of Coalition MPs were mixed.

“I don’t think it’s controversial in Australia that people expect religious schools to teach the practice of their faith and their religion,” he told Sky News.

People of faith in Australia are under attack, Mr Hawke said.

“It’s a constant pressure from the left of society on people of faith.”

Treasurer Josh Frydenberg’s response was more muted. He said concerns about discrimination against children were jumping the gun, and he insisted the government would “get the balance right” and leave existing laws untouched.

Dave Sharma, the Liberal candidate for Wentworth, and sitting MP Tim Wilson both said they were opposed to any new laws allowing further discrimination.

Mr Morrison’s claim that the right to turn away gay students is “existing law” is not universally true, especially in Queensland, where discrimination in admission and enrolment applications is specifically outlawed.

According to Fairfax Media, the Ruddock review called for the right of schools to turn away gay students, as well as teachers, to be enshrined in the Sex Discrimination Act.

“To some school communities, cultivating an environment and ethos which conforms to their religious beliefs is of paramount importance,” the review said, according to Fairfax.

“To the extent that this can be done in the context of appropriate safeguards for the rights and mental health of the child, the panel accepts their right to select, or preference, students who uphold the religious convictions of that school community.”

The review was commissioned after the 2017 same-sex marriage vote and handed to the federal government five months ago. It is still to be officially released.

Labor leader Bill Shorten said he could not believe the Prime Minister had failed to rule out the “silly” idea.

“The fact is every child is entitled to human dignity. We shouldn’t even be having this debate.”