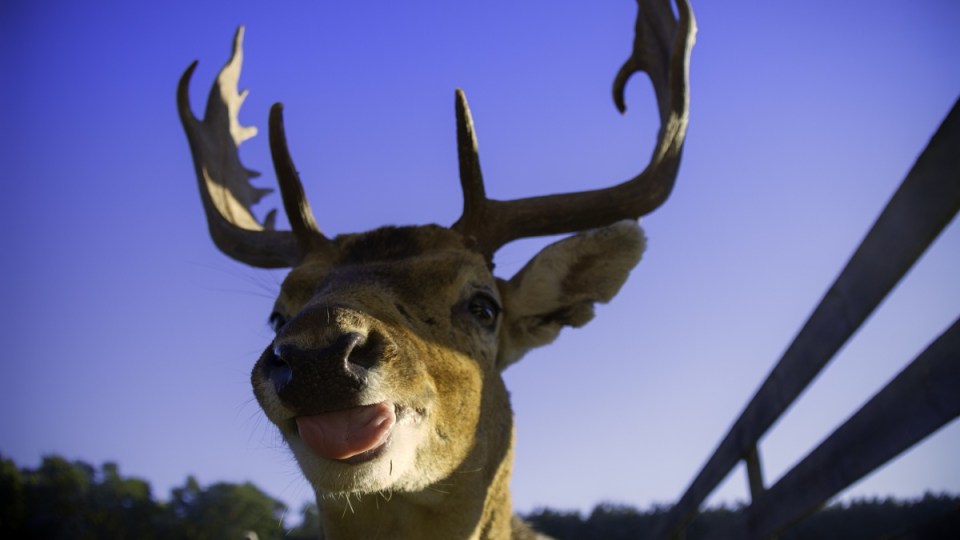 A deer has made a surprise visit to a hair salon in US state Long Island when it crashed through the window before dashing out through the front door. Photo: Getty

Rudolph wasn’t even a twinkle in his Grand-Deer’s eye when the other eight were introduced, via a poem, circa 1820.

Old Santeclaus with much delight

His reindeer drives this frosty night.

O’er chimneytops, and tracks of snow,

To bring his yearly gifts to you.

Very shortly after, Clement Moore published his classic The Night Before Christmas (originally A Visit From St. Nicholas) where eight reindeer were mentioned by name.

And they flew in the sky carrying Santa and his sled of Christmas presents! Fast-forward over a hundred years to 1939 when Rudolph makes his first appearance in a Christmas-themed booklet distributed by a department store in Chicago.

Its copywriter, Robert May, was commissioned to write the book and drew on his own childhood shyness of being ostracised, which is what happens to Rudolph with his bright red nose.

But Rudolph ends up leading the charge of Santa’s reindeer by shining his light through the dark of Christmas Eve and morning, easily becoming the most famous of the flying reindeer with the other eight gaining more notoriety than ever before.

Ten years later, Rudolph the Red-Nosed Reindeer was released as a song and became a No.1 hit for Gene Autry.

Which of Santa’s reindeer was the last to join his sleigh-pullers?