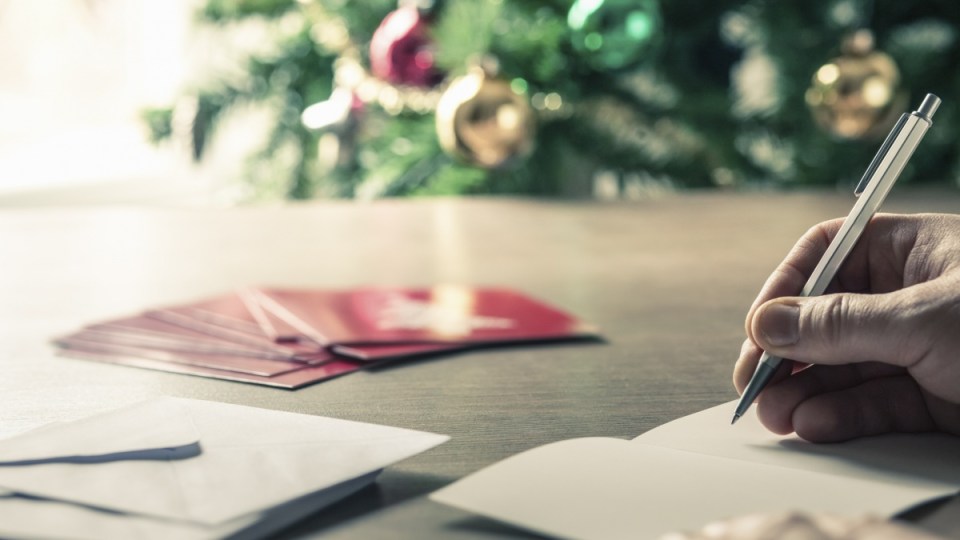 John Calcott Horsely was an English painter who designed the card with the help of Sir Henry Cole who issued them with the intention of getting “ordinary” people to use the postal service and because he couldn’t be bothered writing individual letters to all his friends.

The card’s centerpiece showcased a family celebrating Christmas with a glass of wine (including the children!) with the two outer panels depicting people caring for the poor.

In its first year, around a thousand cards were produced and sold for a shilling each.

It became a hugely profitable business by the early 20th century in Western countries, especially during the World Wars, with the cover design expanding to religious references, winter themes and, of course, Santa.

Christmas cards can benefit charities although the tradition of hanging hard-copy cards on a piece of string around the mantelpiece is dropping off due to many 21st centurions preferring to send “e-cards” online.

The first Australian Christmas cards were issued in the 1880s with the Christmas stamp lasting from 1957 to this day – a longer period than any other country, while the “card only” discount has been in issuance since 1975.

The most popular greeting in a Christmas card is “Merry Christmas and a Happy New Year” – pretty much what Mr Horsley’s first one said.