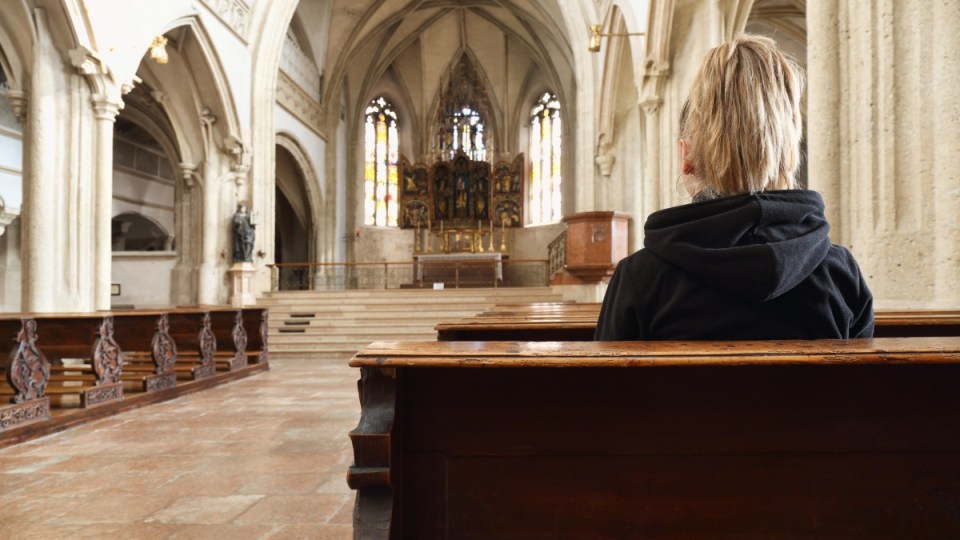 Archbishop Hart said the confession was a “fundamental part of the freedom of religion". Photo: Getty
analysis

It’s little wonder an alarming tantrum by the Archbishop of Melbourne, Denis Hart, has gone global this week.

The president of the Australian Catholic Bishops Conference said protections for confession should be respected – even if details of child abuse are raised.

The long-time supporter and friend of Cardinal George Pell said he would rather go to jail than break the holy “seal” of confession.

His comments came after the Royal Commission into Institutional Responses to Child Sexual Abuse detailed 85 proposed sweeping changes to the law in a report – including the recommendation that clergy who failed to report information about child abuse would face criminal charges.

Instead of accepting or even considering this change, Archbishop Hart immediately retorted that confession was a “fundamental part of the freedom of religion”.

“Confession in the Catholic Church is a spiritual encounter with God through the priest,” he said.

In other words, even if a child tells him or his bishops or priests in a confession box that they are being raped by a clergy member, Archbishop Hart would advocate not reporting this to the police.

The encounter with God is more important than the protection of the child and effectively means the Catholic religion is above the law.

No wonder his repugnant comments sparked outrage among advocates and survivors.

Archbishop Hart, 76, is living dangerously in the dark ages. Child abuse isn’t a sin that can be forgiven or ignored in the confession box.

It’s a heinous crime that needs to be dealt with in the form of many long, miserable years spent in a jail cell. Ideally a putrid one.

And priests should be guided by senior leaders like Archbishop Hart that it is mandatory to inform authorities.

Archbishop Hart’s comments, which come after years of harrowing survivor testimony at the royal commission, show an arrogant, disdainful disregard to the suffering, suicides and ongoing despair of thousands of Australian adults.

I will never forget sitting listening to the testimony bravely shared at the royal commission two years ago by the Ballarat survivors.

Grown men, shaking and tearful, told how they were brutally abused and violated as defenceless, tiny children by the supposedly good men of the cloth. By men their community and parents trusted the most – tragically, leaving them nowhere to turn.

Some of the clergy used to tell the children “this will bring you closer to God” as they were abused in pews, classrooms and presbytery bedrooms.

The royal commission found extensive evidence many victims were failed by priests when they then asked for help in the confession boxes.

The commission hasn’t been granted millions of dollars to spend on hearings, research and experts just to fall on stubborn ears.

This is a world-class, ground-breaking enquiry, the results of which the leaders here – and in the Vatican – need to take extremely seriously.

For as much as we can stamp our feet and insist the church implement every single recommendation, it is their own complex internal cultural change, built on centuries of history, that needs to happen.

It’s a strictly hierarchical structure of course, so change literally has to be prompted by the Pope and his Cardinals downwards.

But strong voices lower down the ranks will help.

For this, by the way, is just the start of the changes they may be asked
to make.

Witnesses told the commissioners during the hearings how celibacy, seminary training and clericalism could all be causes of child abuse.

So Catholic leaders are going to be asked to re-assess every tradition, canon law and belief at their very core to tackle this issue.

And yes, as Archbishop Hart showed, it will be uncomfortable for them. But they have a duty to face it. Not fight it.

With senior figures like Archbishop Hart simply carrying on with a “business as usual” attitude after everything we have heard, how can the Catholic Church have any hope of moving forward to a positive new chapter?

The broken survivors, and the public, want solutions. Not brick walls.

Lucie Morris-Marr is a Melbourne-based freelance investigative journalist who is a contributor for CNN, The New York Times and Daily Mail Australia.

‘The safety of children should outweigh religious freedom’