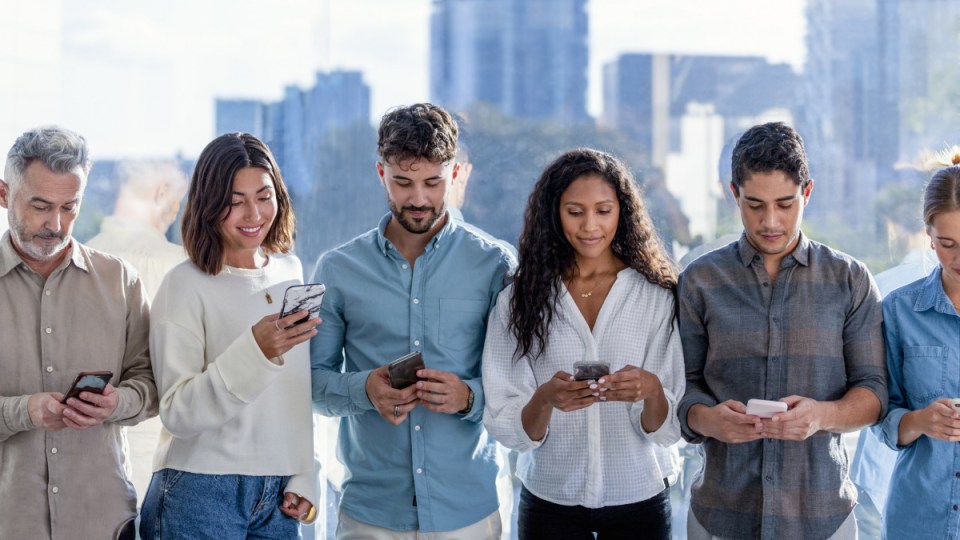 Is it really worth upgrading to the iPhone 13? The answer depends on what model you’re currently using. Photo: Getty

Every year, Apple drops a new iPhone and every year, the changes between the old model and the new become more and more incremental.

Gone are the days of drastic moves like ditching the home button or adding an extra camera lens (or two). Nowadays, most of the innovation happens under the hood, with only minor aesthetic updates.

The iPhone 13 lineup is a good example of this. From the outside, it looks almost identical to its predecessor, the iPhone 12. Sure, the iPhone 13 has an upgraded camera and smaller front-facing camera notch, but based on appearance alone, there’s nothing majorly different from last year’s iteration.

Even going back to 2019’s iPhone 11, you’d be forgiven for thinking sharp edges and 5G were the only additions.

So, is it really worth upgrading to the iPhone 13? The answer depends on what model you’re currently using – and even then, it’s not necessarily black and white.

Before we get into the details, here’s how much the base iPhone 13 (128GB) model will set you back on a plan through Telstra, Optus and Vodafone over 24 months.

If you’re using an iPhone 12

You probably know this already, but if you’re an iPhone 12 (or mini, Pro or Pro Max) owner, you absolutely do not need to upgrade. Hang on to your 12 for another year or two, and then we’ll talk.

If you’re using an iPhone 11

Although it’s now two years old, the iPhone 11 is still a great device and should be more than capable of keeping you going for another year or so.

That said, upgrading from the 11 to the iPhone 13 brings some noticeable improvements that may be enough to push any fence-sitters over the line – especially if you’re considering going from the base model iPhone 11 to an iPhone 13 Pro or Pro Max.

The major differences between the two generations include 5G connectivity (introduced with the iPhone 12), a new design with sharper, squared-off edges, higher screen resolution, MagSafe charging, an upgraded camera and a faster A15 processor.

That might sound like a lot, but in the end, if your iPhone 11 is still in good working order, there’s no need to upgrade.

The 2017/2018 generation is where things get a little trickier. The iPhone X, XR, XS and XS Max are still phenomenal phones even three years on (four years for the iPhone X).

The first generation to do away with the home button and its accompanying thick top and bottom bezels, the iPhone X series was a true transformation.

Still, impressive as it was at the time, there’s a solid case for upgrading to the iPhone 13. The display and cameras (both rear and front-facing) are significantly improved across the board.

And with the new A15 Bionic chip and 3GB more RAM than the X and XR (and 2GB more than the XS and XS Max), those who do make the transition will notice a massive jump in performance.

If your iPhone X, XR, XS or XS Max still performs well, you might be able to get away with another year of use. However, if you’re due for an upgrade, the iPhone 13 is a more than worthy successor.

The first iPhone generations to introduce a big-screen “Plus” model, the iPhone 6, 6S, 7 and 8 were some of Apple’s greatest hits.

It was also a pretty controversial era, with the tech giant dumping the humble 3.5mm headphone jack altogether with the iPhone 7.

There are plenty of reasons to make the jump from one of these models to the iPhone 13 – namely, the obvious improvements to the camera, display, design and performance.

It’s also important to note that software updates for the iPhone 6 have come to an end, and it won’t be long before the 6S, 8 and 8 follow suit, meaning your phone may become more vulnerable to attack.

If you’re put off by the astronomical price of the iPhone 13 lineup and still have a soft spot for your iPhone 6, 6S, 7 or 8, there is a happy medium you might want to consider.

The iPhone SE (2020) is essentially an iPhone 11 packed into the pint-sized frame of the iPhone 8. Sure, you’ll miss out on a second rear camera and a larger display, but it’s a solid choice for the budget-minded.

If you’re using an iPhone 5 or earlier

First off, kudos to you. If you’re still using an iPhone that’s been around for over eight years, you deserve a medal.

But don’t start celebrating just yet. There’s one compelling reason why you should consider upgrading sooner rather than later – security updates.

Though Apple does provide more years of software updates to its iPhone range than most Android phones get, that support does eventually have to come to an end. Like the iPhone 6, the iPhone 5 and all models before it no longer receive important security updates necessary to protect your data.

If you’re still using one of these iPhone models, it’s time to upgrade