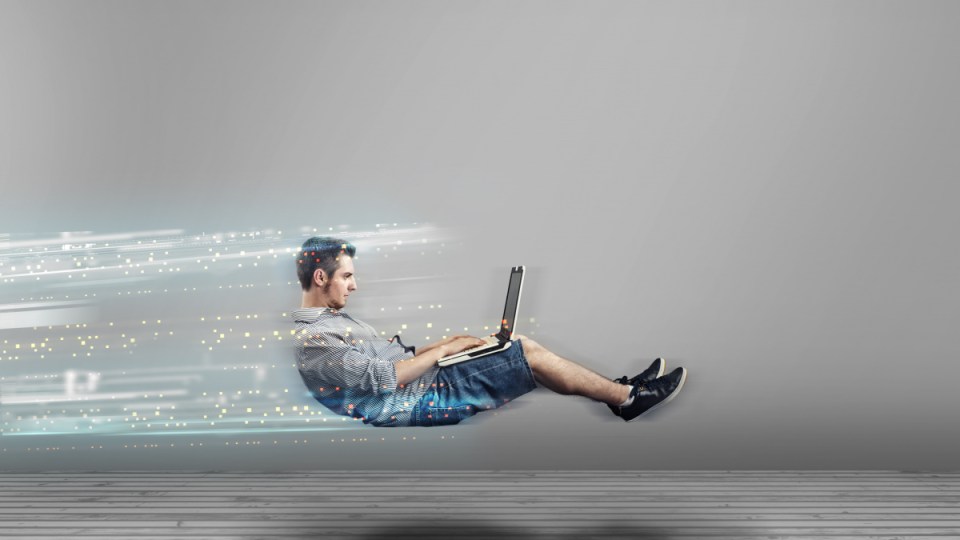 Not many Australians are making use of the fast speed internet available to them. Photo: Getty Images.

Australians have long drawn the short straw when it comes to internet speeds.

Even with the introduction of the NBN, we still consistently rank between 50th and 60th in the world, with a current median speed of 51.83Mbps according to the Speedtest Global Index.

To put that into context, Singapore sits on top with a median speed of over 188Mbps.

Though our speeds have improved, there are still millions of Aussie households not taking advantage of the speeds available to them.

This speed tier only launched in mid-2020, but it’s seen a considerable uptick in adoption, thanks in part to ongoing deals from retail service providers (RSPs).

Here are some of the current promotions on offer.

Launched alongside Superfast, NBN Ultrafast plans is the first gigabit fixed-line internet option in Australia, offering speeds up to 1000Mbps and uploads up to 50Mbps.

For reference, that would allow up to 40 people to watch individual 4K Netflix streams at the same time on the same network.

Currently, only a handful of providers sell these plans, and as you might expect, they don’t come cheap.

Check your eligibility and assess your needs

Now that we know how much these high-speed plans cost, it’s time to check whether or not your home is actually eligible for a plan above NBN 100.

In order to sign up for an NBN 250 or NBN 1000 plan, your property needs to be connected to the NBN via Hybrid Fibre Coaxial (HFC) or Fibre-to-the-Premises (FTTP).

That means only 52 per cent of connections are eligible, and even then, some providers limit their offering to selected areas only.

If your home isn’t eligible for a Superfast or Ultrafast plan, your best bet is an NBN 100 plan.

Though considerably slower, unless you’re in a household of extremely heavy internet users, this popular tier is more than enough for most users.

As the NBN 100 speed tier is offered by more providers, it also tends to come with some of the better deals.

If you’re after higher speeds than 100Mbps but don’t have an HFC or FTTP connection, there is one other option: Home wireless broadband. This NBN alternative uses Australia’s existing mobile networks, rather than relying on fixed-line infrastructure.

If you’re in an area with solid mobile coverage, you can feasibly achieve speeds of up to 100Mbps on a 4G connection.

If you’re lucky enough to be somewhere with 5G reception, that increases to a speedy 400Mbps.

Telstra, whose 5G network currently covers about 75 per cent of the population, is offering 5G home wireless internet from $85 per month with the first month free.

It comes with 1TB of monthly data (after which your speed is limited to 25Mbps) and boasts typical speeds between 50Mbps and 600Mbps, with an average of 378Mbps.

Feel the need for speed? Here’s the lowdown