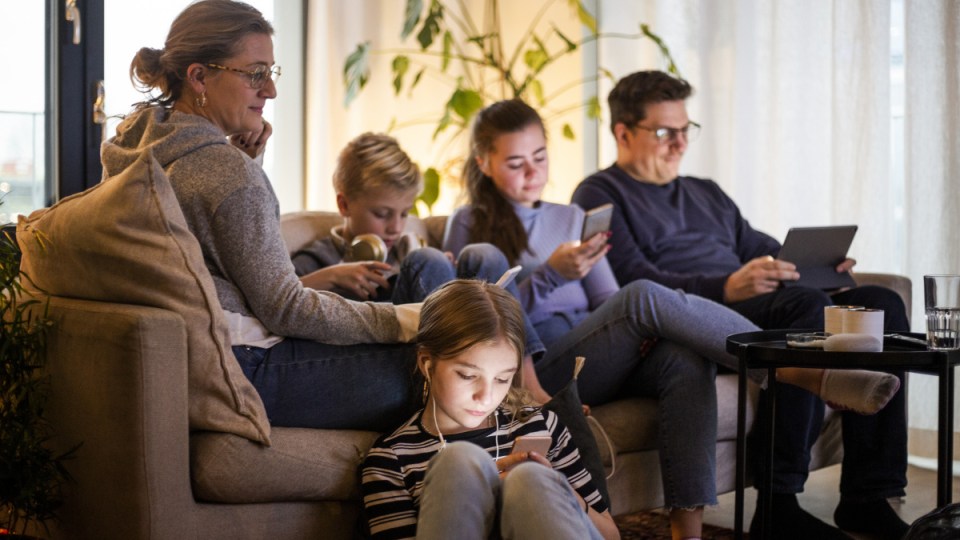 Australians have more choice than ever before when it comes to internet plans, from finding the perfect provider to choosing the right plan for their household.

But the most important (and often the most confusing) decision you’ll have to make has to do with speed.

Currently, almost three-quarters of homes are on an NBN50 plan or higher, with a further 17.3 per cent on NBN100 or faster plans.

But is 100Mbps really what’s best for your household, or is it overkill?

The answer depends on a few factors – namely, how many people you live with, what technology is used to connect your home to the NBN, and what you use the internet for most.

For the average two-person household, NBN50 (also known as NBN Standard) is more than sufficient.

Download speeds of up to 50Mbps should allow both people to watch two different Netflix streams simultaneously or download large files with ease.

As for uploads, 20Mbps should make for smooth Zoom calls and speedy file transfers.

As NBN50 is the most popular speed tier in Australia, it’s also the one with some of the most competitive prices.

As you’ll see in the table below, there are quite a few providers offering discounts for the first six months of your service which can lower the monthly fee to as little as $45.

Small families or those with very young children should be able to get by quite comfortably with an NBN50 plan.

However, if four or more people are using the internet at the same time, NBN50 can start to struggle and NBN100 (also called NBN Fast) might be a better choice.

NBN100 is the fastest speed attainable by those on fibre-to-the-node (FTTN), fibre-to-the-curb (FTTC) and fibre-to-the-building (FTTB) connections, but even then, some may still not quite reach 100Mbps.

Still, it’s fast enough that each member of the household should be able to do their work, stream a TV show or play a game online at the same time without congestion becoming an issue.

It’s also a popular choice for those who frequently need to upload large files (like graphic designers and video editors), as some providers offer the option to boost upload speeds from 20Mbps to 40Mbps.

If you’ve got a Brady Bunch situation on your hands, or even if there’s just a few of you but you’re all hardcore internet users, you might want to consider NBN250 (Superfast).

It’s the second-fastest NBN speed tier (behind NBN1000, which would be overkill for 99 per cent of households) and is only available to selected fibre-to-the-premises (FTTP) and hybrid fibre coaxial (HFC) connections.

With downloads of 250Mbps, you should experience little to no congestion, even if there’s 10 of you watching a separate Netflix stream simultaneously.

Of course, that freedom does come at a higher monthly cost.

Interestingly, there’s no option for increased upload speeds, so even with those zippy download speeds, you’re stuck at 25Mbps for uploads.

If you need more, you’ll actually have to downgrade to NBN100.

If you’re living solo, there’s really no need to fork out for NBN50 or higher unless your work or lifestyle requires it.

Unless you rarely use the internet at all and are happy with an NBN12 (NBN Basic I), an NBN25 (NBN Basic II) will satisfy most of your needs, allowing you to stream a movie and flick through social media at the same time with no issue.

Are you on the right NBN speed for your household?