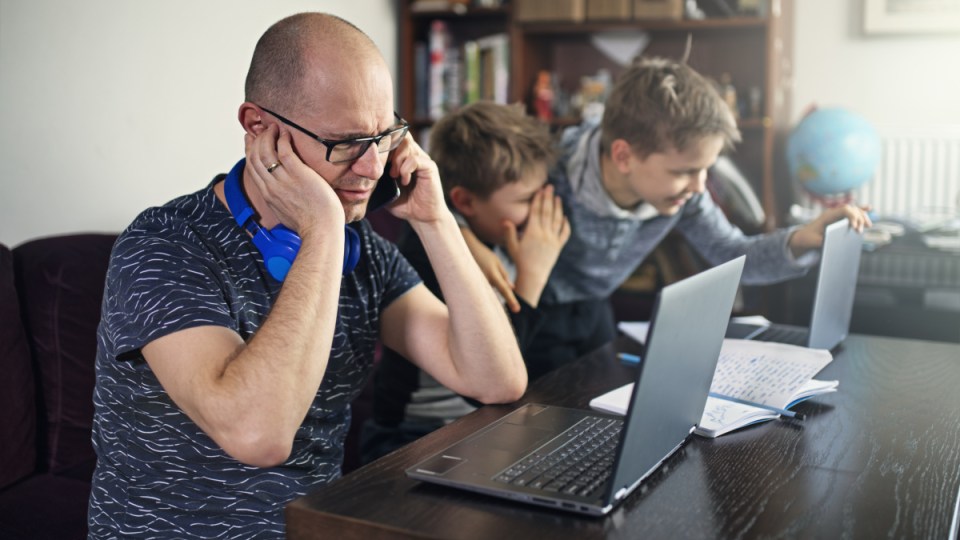 The consumer watchdog’s Measuring Broadband Australia report found that retail service providers (RSPs) delivered between 92.2 per cent and 100.5 per cent of their advertised NBN25, NBN50, NBN100 and NBN250 plan speeds during busy hours (7pm to 11pm) in the last quarter. 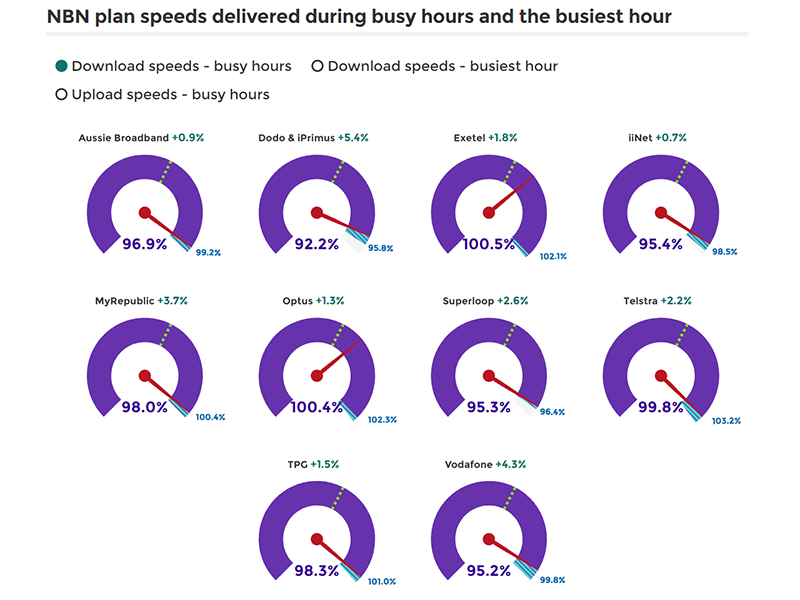 The winners and losers

For the first time this year, Optus was kicked out of the top spot by smaller telco Exetel, though both delivered download speeds that exceeded the maximum advertised speeds at 100.4 and 100.5 per cent, respectively.

Across the board, all telcos monitored by the ACCC boasted higher speeds than the previous quarter, with even the slowest of the 11 providers (Dodo and iPrimus) experiencing a 5.4 per cent increase in speeds delivered.

For customers, it means greater confidence that they’re getting what they pay for, though households on fibre to the node connections are continuing to report lacklustre performance from their providers.

“There is a persistent cohort of fibre to the node customers that are still experiencing slower than expected speeds, and NBN Co and retailers have been slow to address this,” ACCC Commissioner Anna Brakey said in a statement.

“While it’s encouraging that some of the fibre to the node services we monitor are improving, especially given the additional investment announced by NBN Co last year, retailers and NBN Co need to collectively do more.”

Despite offering what is essentially the same service at the same (or similar) speeds, there remains significant variation in NBN plan pricing between providers.

As a reference point, here’s how much each provider currently tracked in the ACCC’s report charges per month for their cheapest Standard (NBN 50) plan with unlimited data.

Between Superloop, which hit 95.3 per cent of advertised speeds, and Telstra, which hit 99.8 per cent, there’s a difference of $35.05 per month.

That’s a big ask when you consider this quarter’s top performer, Exetel, offers faster speeds than Telstra for $20 less per month.

Price and speed aside, there is one other major consideration when choosing an NBN provider – customer support and satisfaction; a notoriously difficult thing to quantify.

Though Exetel, Optus and Telstra deliver the highest speeds, all three telcos recorded scores lower than two out of five stars on user-generated reviews website ProductReview.com.au.

In fact, of the 11 providers tracked by the ACCC, only one scored higher than four stars – Aussie Broadband with a score of 4.5.

In terms of speeds, Aussie is somewhere in the middle of the pack, and its pricing structure skews to the more expensive side of things, but it’s worth considering if you’re looking for a solid all-rounder.

Below is an overview of Aussie Broadband’s unlimited NBN plans in each speed tier.

Alternatively, popular provider Tangerine (whose speeds are not tracked by the ACCC) has a slightly lower 4.1-star rating, but offers similar self-reported speeds for a significantly cheaper monthly price.