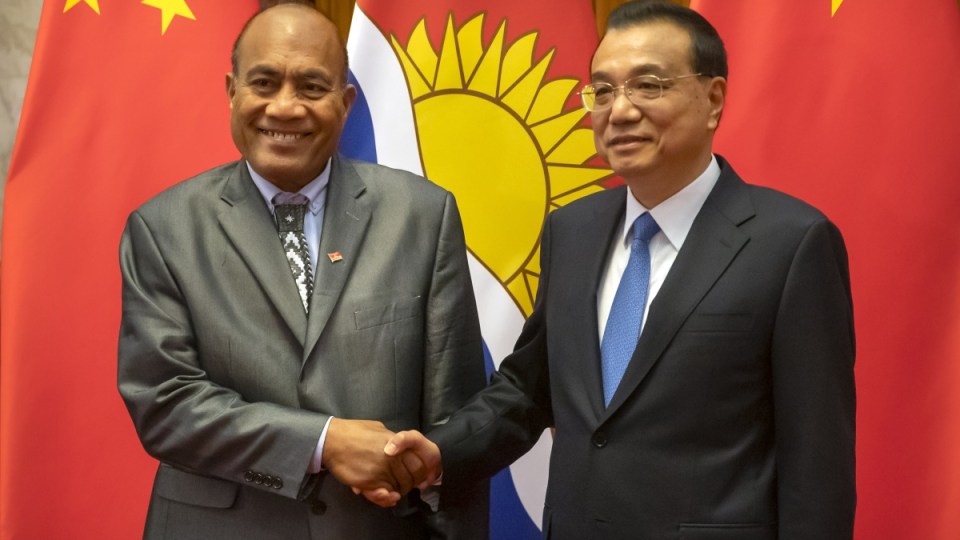 Regional unity has been dealt a huge blow on the eve of the Pacific Islands Forum leaders summit with Kiribati withdrawing from the body.

While Australian Prime Minister Anthony Albanese and New Zealand’s Jacinda Ardern will be at the summit in Fiji this week, regional solidarity has been shattered by Kiribati’s exit.

Mr Maamau’s chief concern is the sidelining of Micronesian states within the 18-nation body.

Pacific leaders believed they had brokered a truce last month in Fiji that had led to the return of the breakaway nations.

Instead, Kiribati has walked away in a move veteran TVNZ Pacific reporter Barbara Dreaver labelled “absolutely devastating” and the organisation’s biggest crisis of its 51-year history.

“With Kiribati not at the table, it’s massive and also incredibly sad, also for the Kiribati people who deserve to be represented at that table,” she said.

Ms Ardern admitted disappointment with the decision, telling Radio NZ that New Zealand “would love for there to be the total membership”.

“That doesn’t stop us being able to work together,” she said.

The leaders’ summit, the first in-person gathering since 2019, is being held in Suva amid heightened diplomatic competition in the Pacific.

Earlier this year, China completed a major sweep of the region, signing a suite of bilateral agreements.

Last month, the US announced a ‘Partners in the Blue Pacific’ body with the support of Australia, New Zealand, Japan and Britain.

The withdrawal of Kiribati, which switched its recognition from Taiwan to Beijing in 2019, is being interpreted as a deepening of China’s influence.

“Regionalism is playing such a big role,” Dreaver said.

“There are a lot of complex issues at play behind the scenes … big countries are trying to gain influence and pick off individual countries one by one.”

French Polynesia is dispatching its vice president, Marshall Islands will be missing due to legal issues, and Nauru is also absent, most likely due to a COVID-19 outbreak.

For those in attendance, climate change is top of the agenda.

Members intend to sign off on the “2050 Strategy for the Blue Pacific”, a long-term vision for the region.

Ms Ardern arrives in Suva on Monday night and Mr Albanese is expected to arrive early on Wednesday ahead of the leaders retreat on Thursday.