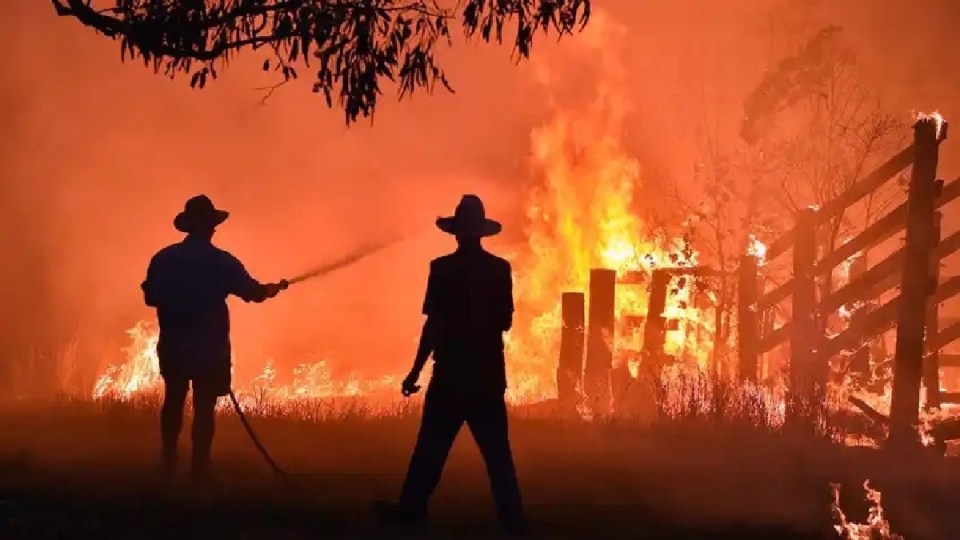 Climate change will have a bearing on every decision our politicians make from this day forward.
opinion

It might have been a relief from the pressure of handling a possibly catastrophic outbreak of foot and mouth disease in the national stock herd, but Watt made one comment that might not be so sound in a few years.

Dismissing the idea Splendour might be moved from its North Byron parklands site – where it was spectacularly washed out on day one – Watt pointed to the weather behind this no-show – the persistent La Niña system that’s made life miserable for so much of east coast Australia in 2022.

Watt, who’s also Minister for Emergency Management, said moving the festival wouldn’t be needed because it wasn’t as though we were going to have La Niña seasons every year.

Two things suggest otherwise, one short term and the other looking slightly more ahead.

Already, forecasters are telling us there’s a reasonable chance of another La Niña season in 2022-23, with the added inconvenience of a possible negative Indian Ocean Dipole system from the west further adding to above-average rainfall for the coming summer.

Longer term the future is La Niña according to Andrei Stadnik, the analyst regarded as Australia’s “most climate change-aware” working in the dark arts of financial and insurance risk, according to the Australian Financial Review’s Chanticleer columnist.

In a note for Morgan Stanley clients late last month, Stadnik pointed to a commentary in the Nature Climate Change journal which used the slowing of a large Atlantic Ocean current as evidence La Niña would become “the norm” for Australia.

Watt might find himself spending more time assessing and tending to bad, very wet weather along Australia’s east coast – including in those music festival sites around the Sunshine Coast in Queensland and Byron, where the Easter Bluesfest and winter Splendour are held – than chasing down opportunities to see New York rockers The Strokes or the purported virtual band Gorillaz.

The fresh Albanese Labor government, taking its first opportunity to sit on the right-hand side of the House and Senate today, has to get used to a truly inconvenient truth.

Climate change is the issue that links everything else and it’s the problem that won’t go away any time soon.

Not until we reach what scientists call “true net-zero” greenhouse gas emission increases will there be any turning back of the catastrophic weather seen across the globe in 2022.

Former American Democratic Party vice-president Al Gore made his award-winning documentary An Inconvenient Truth 16 years ago – when it was regarded as hokum by many or an exaggerated fantasy by others.

Now its predictions are reality. Lake Como in northern Italy is drying up, as is that country’s Po River, running across its widest stretch and usually providing the sustenance for the arborio rice, forming the basis of risotto. Italy without risotto should be unthinkable. It’s a reality.

Heat records are being broken in European country after European country – more than 1400 people have died of heat-related health complications in Spain and Portugal alone since the current unbearable conditions began in May.

No wonder the Spanish Prime Minister Pedro Sánchez issued a grim assessment a week ago. “Climate change kills,” Sánchez told reporters. “It kills people, it kills our ecosystems and biodiversity.”

Near the North Pole, Greenland is suffering unprecedented ice melts. Just 25 years ago Greenland recorded winter temperatures of about minus 70 degrees Celsius. This past summer records have been set with heat nudging 30 degrees.

America’s Colorado River and the Rio Grande are running dry and communities are on water rations, the Monarch – the world’s favourite backyard butterfly – has been declared endangered and wildfires are threatening homes from the outer suburbs of London to France’s Bordeaux region and the hills around Athens.

An emergency was declared in response to a fast-moving wildfire on the edge of the Yosemite National Park in California at the weekend.

Much of Australia’s east coast is still saturated after rain that hasn’t let up with any meaning since February. It has been almost impossible to get through a metropolitan horse racing meeting in Sydney since Easter.

Nowhere is safe and it could be worse. As noted, this has been happening during La Niña conditions – if there was a switch to an El Niño we could see the current heating of the Earth accelerate. Then the task of turning around any climb above the current trajectory would be greater.

Australia’s flooding rains could be replaced by the kind of raging fires seen in 2019-20.

In a series of television appearances on Sunday (US time), Gore said there was still a chance to arrest the deadly path of heating.

“If we got to true net zero, the temperatures on Earth would stop going up with a lag time of as little as three to five years, almost as if we’ve flipped a switch,” Gore told NBC’s Meet The Press. “And if we stayed at true net zero, then half of the human cause of CO2 emissions would fall out of the atmosphere in as little as 25 to 30 years. And we have the solutions available.”

Britain’s supreme climate adviser Corinne Le Quéré – a world authority who sits on the United Nations Intergovernmental Panel on Climate Change – last week told The Financial Times everything governments faced were connected in some way to climate – from global food insecurity to the war in Ukraine to superpower rivalries and asylum crises.

“You can never forget about climate change. You should align all your crisis responses as much as possible to climate action,” she said.

“One of the biggest threats to tackling climate change from this (Russian invasion) crisis is the international tensions. There’s the energy crisis, a food crisis, there’s exhaustion from COVID. And there’s tension from rich countries’ (unfulfilled) commitments to tackle climate change.”

All of this lands on the cabinet agenda of the Albanese government.

It is why everything they do – starting with Treasurer Jim Chalmers’ economic statement on Thursday – must have climate as its starting point. Without that, there’s not much point in doing anything else.

Talking about the weather, it’s time our politicians faced up to the inconvenient truth