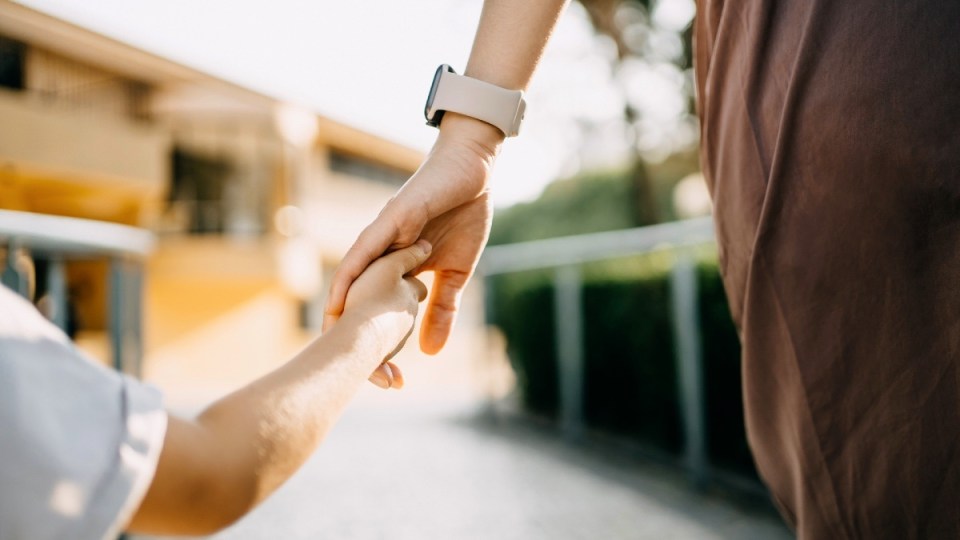 Mother guilt is perhaps one of the last hurdles we need to jump over, in pursuit of true equality, writes Madonna King. Photo: Getty

WANTED: A woman with children who doesn’t suffer a deep mother guilt affliction.

Perhaps this is one of the last hurdles we need to jump over in pursuit of true equality. Or perhaps it’s something in our own make-up. Perhaps, we’re even our own worst enemies.

This week, my relief was palpable when a medico told me that severe allergies can be delivered down to children from aunts and uncles, perhaps even more than parents.

I felt relief. What was I thinking? That I wasn’t to blame for the anaphylaxis affliction of my daughter; it might have actually been one of my many brothers?

And whether it it true or not is irrelevant, because I’m sticking with that story. Especially when it comes on the back of a visit to the dermatologist.

The children have my skin, not their father’s.

The stitches across different parts of my body are proof of summers spent under the hot Central Queensland sun. Should I have lived somewhere else? Or will my genes deliver the same stitches to my daughters in years to come?

They were made to wear a hat and long-sleeved bathing suits before it became fashionable.

I felt guilty at the time about that, too, especially when their friends’ little lithe bodies were all shiny and sun-kissed. But now, perhaps that was one of my better decisions.

But what about their diets?

If they ate less red meat when they were younger, would they not have the same love for it now? So where does the iron deficiency come from? Perhaps I should have investigated iron tablets, sooner?

And while questions are floating by, why are their talents more directed to music than sport? Should they have been made to play netball beyond the 10 Years C team? Does forcing your children to play sport have an impact on them later?

Mother guilt. It’s a thing, and if it’s not for mothers reading this, I want to understand your magic.

Would I be burdened by it so much if my children didn’t have a nanny when they were tiny, and both their parents worked full time?

Or if I’d not helped them with that assignment in year one, where they had to build a century-old version of their home?

Should I feel guilt now that their maths and economics and education assignments are beyond my level of comprehension?

For many mothers, those questions run on a loop.

And of course there are exceptions, but father guilt just doesn’t seem to be a ‘thing’ – and certainly not in my family. A quick search of the literature would suggest that if it is, it’s not the same pervasive variant directed at mothers.

Consulting other mothers with children in their teens, it appears that mother guilt is not easy to excise, either.

It’s not like cutting out that basal cell carcinoma, or losing those four kilograms that remain as the Christmas gift that keeps giving. And yes, even writing about weight adds to that guilt burden; we know research tells us never to talk about our weight, shape, or height. That too can have grave impact on our children’s developing sense of self.

Mother guilt. If you’ve escaped its claws, patent the antidote and sell it in stores. You’ll be a billionaire by next week.

Academic thesis and research papers have all investigated it, but afflicted mothers can explain it better without the big academic words. (Actually, I wonder now if my vocabulary was really big, whether my children would have begun a passion for books earlier?)

The description is universal. A tiny niggling feeling in the pit of your stomach that whispers ‘what if’?

It grows, too, as children grow.

Decisions about child care and returning to work can antagonise it, and then it’s fed with decisions about school and sporting choices and any number of things.

Comparison is a 2022 disease afflicting our children, fed by social media where doctored photos and images and lives appear perfect.

But it’s an affliction for their mothers, too, comparing the here and now, with what might have been.

But perhaps it’s not all bad.

What if Treasurer Jim Chalmers was able to find a way to measure mother guilt? Its value would almost certainly help solve the government’s debt woes.

Mother guilt: If you’ve escaped its claws, patent the antidote and you’ll make a packet