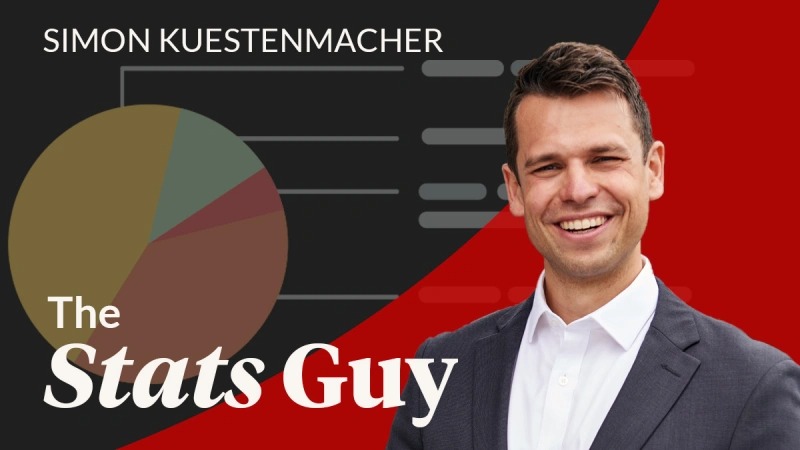 There is plenty of work to be done to close the gap, but the trend is going in the right direction.

Earlier in the week I was able to have a sneak peak at the Census data. The joys of writing a column include getting embargoed press releases the night before data is officially launched.

One figure, more than anything else, jumped out at me. Australia’s Indigenous population went up steeply to 813,000 people (3.2 per cent of the population).

This increase of 25 per cent compared to 2016 data is huge. Obviously, this increase can’t, by definition, be driven by migration and wasn’t the result of an outrageously high birth rate either. Rather, more people self-identified as Indigenous on the census form.

Social progress always feels painfully slow for the relevant cohort but zooming out, looking at longitudinal data, allows us to be much more optimistic about societal trends.

We collectively created an environment where more people are confident enough to proclaim their heritage loudly and proudly.

There is plenty of work to be done to close the gap, but the trend is going in the right direction.

Let’s have a look at what the census data teaches us about the Indigenous population in Australia. This journey through the data shows how big the gap is, but it also shows that we are making progress.

Let’s start with age. The median age for Indigenous Australians is a mere 24 years. Compared to the overall Australian figure of 38 years, this points to a shocking (albeit well known) discrepancy in longevity.

Tackling this issue couldn’t be more important. The census shows that we made progress, as the median age in 2016 was only 23. It would be great if things were improving faster, but we are now moving in the right direction.

There is still a 16 per cent household income gap. The median Indigenous household takes home $78,000 per year, while the median figure in Australia lies at $91,000. Same story as with the age data – there is a big gap but it’s narrowing.

Indigenous incomes grew faster (+25 per cent) over the past five years than the Australian average (+21 per cent).

So, where do Indigenous Australians live?

To a much smaller degree than the average Australian in major cities (40 per cent vs 71 per cent). Regional Australia is where most Indigenous Australians reside (45 per cent).

Remote communities are home to only 15 per cent of all Indigenous Australians. It might be time to update stereotypical images.

At home, 84 per cent of Indigenous people only speak English. This doesn’t mean that native languages are lost, but strong efforts to keep languages (and associated knowledge) are needed.

Indigenous Australians live in larger households of 3.1 people compared to the Australian average of 2.5 people, but household size continues to shrink (3.2 people at the 2016 Census).

The home is likely a rental – 55 per cent of Indigenous households rent (national average is 31 per cent).

The nation’s fastest-growing Indigenous population area in relative terms was Wollert – located in Melbourne’s northern growth corridor – which saw an increase of 434 per cent over the past five years (from 29 Indigenous residents to 155).

Wollert’s median house price of $599,000 is about $400,000 below the median for Melbourne as a whole. It makes sense that we see the largest population growth of a cohort with below-average income in the more affordable outer suburbs.

In Melbourne, the suburbs of Rockbank, Werribee West, Cranbourne South follow – all with relatively low Indigenous population numbers (around 200-400) though.

The second-largest relative growth took place in Ripley in Brisbane. Ripley is located next to Redbank Plains, which saw the highest total growth in Brisbane. The geographic pattern is roughly the same in all capital cities and sees Indigenous population cluster in more affordable suburbs.

Australia’s suburbs are becoming more culturally diverse every year, while further segregating based on wealth. Any government that wants to better integrate the Indigenous population into the fabric of the capital cities will need to tackle the wealth gap first – geographical segregation will lighten automatically as soon as income gap melts away.

The 2021 Census for the first time asked about chronic health issues. Indigenous people report worse health outcomes than the rest of the population. To me, the mental health gap (13 per cent versus 9 per cent reporting chronic mental health issues) stands out.

I hope that the 2021 Census and its collection of health data is a line in the sand that pushes us to improve public health across the nation. We will be a better country for it.