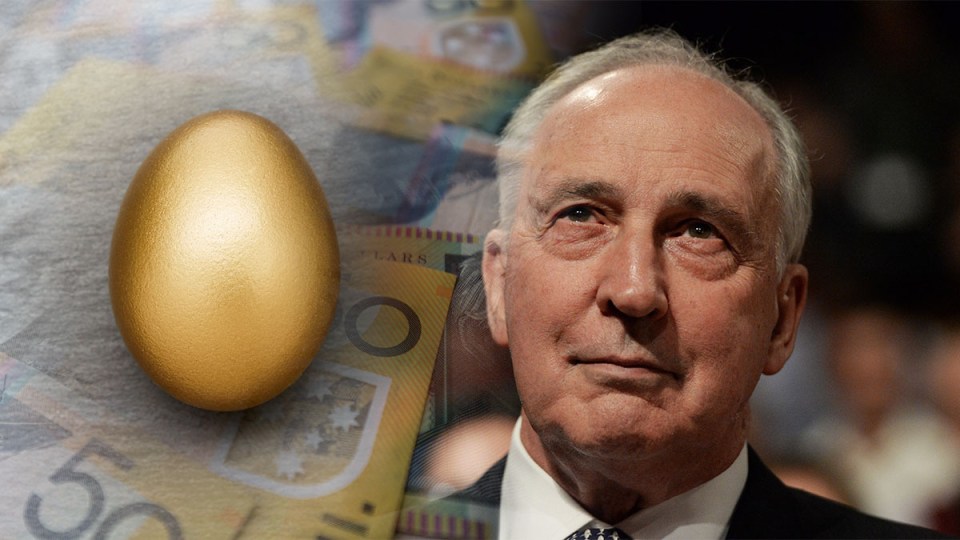 It's been 30 years since Paul Keating introduced compulsory superannuation. But does it work for everyone? Photo: The New Daily
opinion

It is three decades this week since Paul Keating introduced compulsory superannuation to Australia. So what has the system achieved, and what is still left to do?

Forcing workers to set aside a share of their wages – starting at 3 per cent in 1992 and rising to 10.5 per cent today – has boosted Australians’ retirement incomes. Retirees today are the most financially comfortable cohort in the Australian community. Far fewer of them suffer such severe financial stress that they skip a meal or can’t pay the electricity bill, compared to working Australians.

Most people aged 65-84 today have more income in real terms than they did 20 years ago when they were of working age. In fact, the bigger debate today is not whether Australians are saving too little for their retirement, but rather too much, especially when it comes at the expense of slower growth in wages today.

But does super work for everyone? The onset of compulsory super has widened the gender gap in retirement incomes. In fact, last year’s Retirement Income Review showed that the higher compulsory contributions go, the bigger the gap gets.

Some say compulsory super is a success because forcing people to save has resulted in the super system getting bigger – it’s now worth $3.5 trillion.

But the debate should focus on how much Australians pay in fees for their super to be managed – now $35 billion a year, or more than double what we spend each year on electricity, and much more than comparable systems overseas.

Those high costs reflect a contradiction at the heart of compulsory super. If super was set up to force people to save more for a retirement still decades into the future, how could those same people be expected to invest the time to choose the best product for them? Competition never arose in super because most fund members never took an interest.

Governments of both political stripes have spent the past 15 years trying to fix the problem. The Rudd-Gillard government introduced MySuper as a licensing regime for default products.

Nine of 13 products that failed the first round of the new underperformance test have either merged with a better fund or are in the process of doing so. The others have all taken steps to reduce fees. Getting the same or better results at less cost is the very definition of a productivity improvement.

But super still needs a better system to allocate new members to default products. With members now stapled to their first fund unless they choose otherwise, the imperative to make that fund a good one is amplified.

The industrial relations system that currently steers members to funds produces arbitrary outcomes and is no longer fit for purpose. The Productivity Commission’s ‘best-in-show’ proposal remains the best idea on the table to create competition in the allocation of default super funds to new workers.

Australia’s super system also costs government much more to run than it should. Super tax breaks cost the budget $35 billion a year, and the Retirement Income Review projects that figure will exceed outlays on the Age Pension in coming decades.

These tax breaks heavily favour the wealthiest 20 per cent of households, who already have enough resources to fund their own retirement. As Treasurer Jim Chalmers looks for budget savings to close the deficit in coming years, super tax breaks should be first up against the wall.

But the biggest challenge remains working out how to get people to actually spend down their superannuation in retirement.

Most retirees are net savers in retirement, dying with as much if not more super than they had on the day they retired.

Many people save in retirement because they are concerned about one-off health and aged care expenses. But these are mostly covered by government.

Australia’s superannuation system also fails to encourage the development and use of low-cost retirement income products (such as annuities) to help manage longevity and investment risks once retirees begin to draw down on their retirement savings.

So as the focus shifts to the drawdown, we risk repeating the same mistakes of the past 30 years in the accumulation phase: a proliferation of expensive and poor-quality products. This is going to be the defining challenge for the super system in the decade ahead.

The good news is that super has made Australians better off. The great news is we can make it even better.

Brendan Coates is the economic policy program director and Joey Moloney is a senior associate at Grattan Institute.