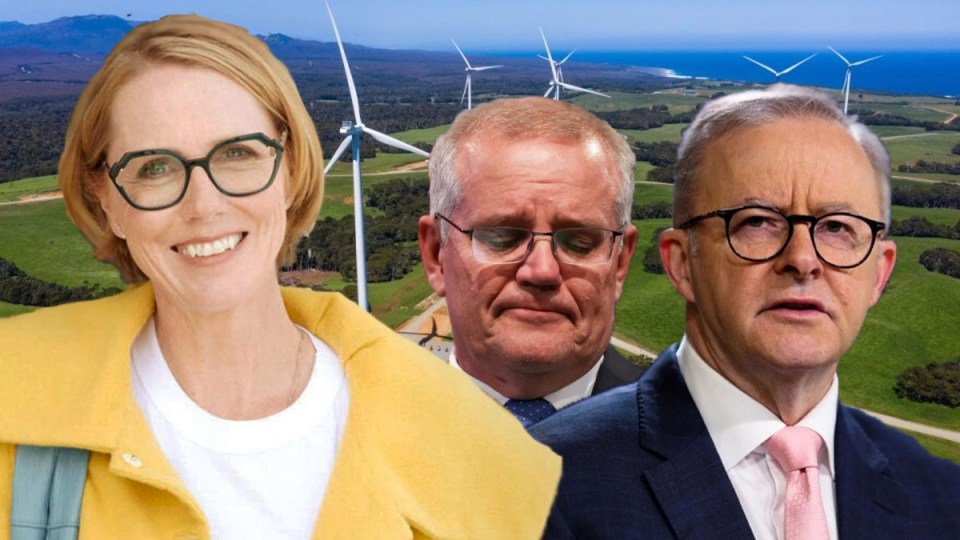 Clean, green, cheap and efficient - that's the sort of power Australia could have had if the Coalition had heeded climate science.

These are wearing times for our communities, with households and businesses  grappling with rising inflation and higher interest rates.

As one small business operator in my seat of Goldstein remarked to me this week, this makes COVID look easy. Meanwhile another grapples with operating costs for his small restaurant that are rising so fast he’s thinking of closing two or three days a week.

A wheel of saganaki cheese has gone from $140 to $280 in a few short months and is still rising. ‘How often can you reprint the menu,’ he asks? And that’s if he chooses to pass on the costs or, the grim alternative for a small business owner, suck them up.

This small Greek place took in $22,000 last week. A year ago that gross would have represented around $8500 in profit, he says. Now it’s just break even – if that.

Energy prices may be the final card that collapses small businesses like these, unless, they say, they can find certainty. Even if the price is high, you can plan for what you can see. Price volatility is the enemy.

Electricity poses a particular problem because businesses and households do not know what they are going to be charged until after they have used it.

This new Labor government, elected on a platform of ending the ‘Climate Wars’, finds itself grappling with an immediate crisis that also offers an opportunity to fix several flaws in the energy market.

In doing so, as an independent elected on a climate and integrity policy platform, I say there must be no backsliding or pandering to powerful fossil fuel interests.

I seek to be an honest broker. In doing so, I come to the role unencumbered but keenly aware of the challenges of influencing the habits of the major parties, guided by generations of behaviours and relationships.

It is a troublesome legacy that Scott Morrison’s indolence has bequeathed Anthony Albanese, along with the negative global impacts of Vladimir Putin’s criminal decision to make war on Ukraine.

It need not have been this way had the Coalition not spent more than a decade fighting and denying the science of climate change.

We could have had the clean, green and cheap energy to insulate us from the shocks of a global energy market whose vagaries we cannot control, and an electricity network fit for purpose.

But we are where we are.

Mr Albanese now has a big crisis and a big chance to stake his claim to making the difference between past folly and future energy security. Crises have their costs, but they also provide opportunities.

Businesses can manage somewhat higher costs if they can factor them into their budgets. What they cannot manage is uncertainty.

The government and the regulators are trying to fix that by enforcing a ceiling on energy prices and making sure the national energy market is fit for purpose, meaning producers and retailers cannot game the market.

A tax worth applauding

But that is only part of the story. We can fix the market at the same time, yielding long-term beneficial impact for consumers.

It’s not often to hear applause when a new tax is proposed, but that is exactly what happened when I suggested on the ABC’s Q&A on Thursday night that we should levy the multi-national gas exporters for the unexpected profits they are receiving as a consequence of Putin’s invasion of Ukraine.

No one anticipated a major European conflict at this time. This is not money they had factored in; it should have no impact on the state of their businesses. Any argument about sovereign risk on the windfall is a furphy.

We should look at what these multi-nationals were making before the war and what they are making now and impose a Price Equalisation Levy on the difference.

The proceeds could be used for three purposes:

I was heartened to hear Industry Minister Ed Husic state yesterday when asked about taxing the gas exporters that “everything is on the table”.

Never waste a crisis, especially when the political capital is on your side.

The Coalition’s denial of climate science created this energy crisis. But there is a solution