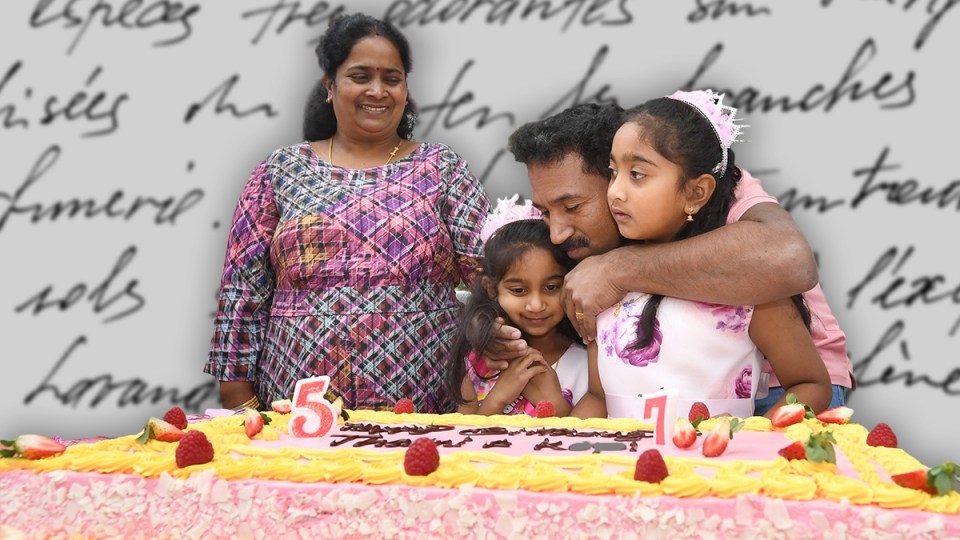 As the Nadesalingam family settle back into Biloela, meeting the Prime Minister and celebrating their daughter’s fifth birthday, Madonna King pens a letter to them.

You don’t know me, but the whole of Australia would be able to pick your young faces out in a crowd. We’ve got to know them so well.

And many, many of us celebrated, in our own little way, when you finally arrived home in Biloela.

What wonderful parents you have, in Priya and Nades. Their smiles this week were the perfect full stop to a sentence that has stretched too long, and involved too much heartbreak.

Separated from your parents. Stolen in the middle of the night from your home. Locked up for years. This week must have been surreal.

Tharnicaa, you looked as though you enjoyed the first birthday you’ve been able to celebrate freely. At just five, there will be plenty more of them.

From here, you’ll be able to go to school and learn unimpeded. Catch up with old friends, and make new ones. Your parents, too, will be able to dream about next year, and the year after that, without the anxiety that has plagued them your whole life.

They’ve paid an extraordinary price for falling in love, on Australian soil.

Ours is truly a wonderful country, even though you haven’t always seen that.

But it was there in the way locals wrapped their arms around you and your family, and how complete strangers wrote to their MPs, demanding you be freed from detention.

It was there in the persistence of a small support crew who didn’t give up; who understood how your parents lived and loved their Biloela home, and deserved to be back there.

Forget the ugliness of politics you’ve witnessed. You are too young to understand how good people can become expendable political footballs.

Actually, as you were settling back into Biloela, it was a footballer who made headlines this week that I wanted to tell you about. His name is Awer Mabil, and at 26, he’s a bit older than you are.

Early on Tuesday morning, he put Australia through to the World Cup, which is a really big deal. He’s been in Australia since he was 10, after living in a refugee camp in Kenya.

His dream was always to play in a World Cup, wearing the Australian uniform, and as a little boy – about your age – he’d practice with rolled-up socks as a ball. He didn’t even have shoes.

And now he’s a national hero. We don’t hear enough about those wonderful refugees who enrich our nation every single day – though they are everywhere. Running tuckshops and charities, school fetes and community centres, restaurants and research centres.

As Awer Mabil was making history, another refugee – who arrived from West Africa 21 years ago – was being recognised for something else just up the road from your new home.

Sheriff Jalloh won the Queensland Community Foundation emerging philanthropist of the year award, after co-founding two charities. One of them helps new migrants who arrive in our country. The other offers food hampers and low-to-no-cost groceries and disability support services for those who most need them.

He’s not a household name, but he should be. But you don’t need to be famous to grow up in the country in which you were born, and make a real difference.

You already have. You and your parents, and the long, long road to freedom, have taught us so much.

The value of a smile. The importance of hope. How to build resilience. Patience and persistence. The power of people. The friendliness of our country towns. Gratitude.

Thank you. And here’s to a lifetime of coastal sunrises and country sunsets, good friends and good health. And of course, pink birthday parties!

Madonna King: As you return home to Biloela, welcome to the rest of your life