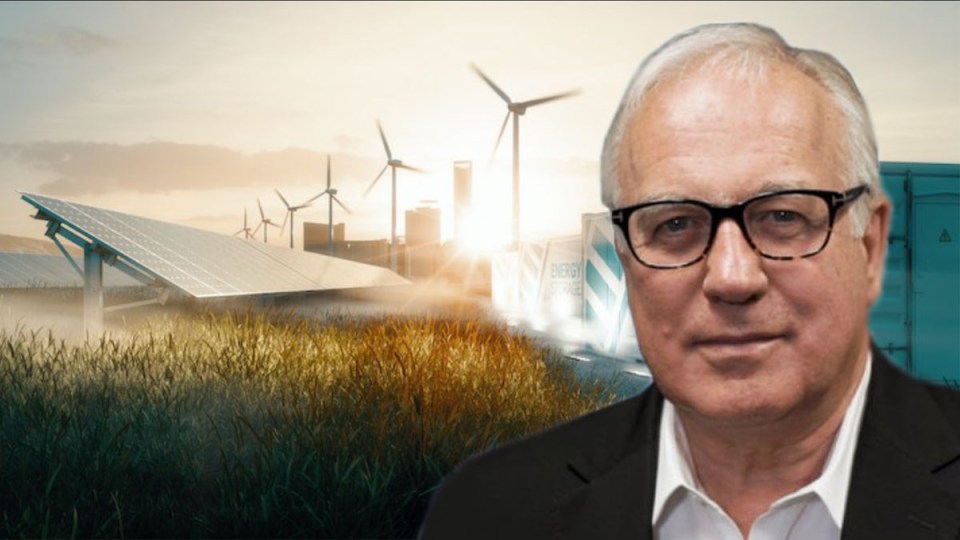 With a global economy geared to burning fossil fuels, it was never going to be easy to switch to renewables, writes Alan Kohler. Photo: TND
opinion

Without a legislated price on carbon, everything had to go right for the transition from fossil fuels to solar and wind to go smoothly.

But everything didn’t go right, did it? Russia invaded Ukraine and two of the world’s biggest exporters of oil, gas, coal and food are out of the market.

The expulsion of the world’s biggest commodity exporter – Russia – from the global trading system, on top of Ukraine’s removal from it, carries a high price: An energy and food shock as bad as, if not worse than, the 1973 oil embargo.

Both events, 49 years apart, have caused a surge in inflation, as well as a geopolitical realignment of the world. This time it’s into the ethical and the unscrupulous.

“The west” and “the east” don’t really cut it any more as descriptors of how the world divides; “developed” and “emerging” won’t do either.
Human society is dividing into those countries that trade with Russia and burn fossil fuels, and those that ostracise Russia and are trying to cut carbon emissions to net zero by 2050, with a large interim reduction by 2030.

Countries in the second group, including Australia, are now suffering some serious pain for their ethics, and it won’t be going away in a hurry.

The immediate result of the quadrupling of the oil price in 1973 was a recession followed by interest rate cuts in 1974-75 from the rates meant to deal with the Vietnam War inflation.

This time, the inflationary supply shock from the Ukraine war has hit in the midst of a global central bank pivot towards higher interest rates as they deal with the inflation caused by the pandemic aftermath.

It took six years for the US Federal Reserve to fully tackle the ’70s inflation, and then only after a businessman, Bill Miller, who had resisted rate increases, was replaced as chairman of the Fed by Paul Volcker, a career central banker.

When Volcker started in August 1979, the policy rate was 10 per cent, up from 5 per cent, having been hiked by the Fed board of governors outvoting Miller.

At that point Iran was in chaos. The Shah and his wife had run away in January but Ayatollah Khomeini didn’t arrive triumphantly until December. Iran’s oil production had collapsed, causing a second oil shock that doubled the price again to $US39.50.

That second supply shock clarified Volcker’s task, and sealed America’s and the world’s economic fate. By January 1981, the new chairman had taken Fed funds rate to 19 per cent and by July that year, the United States was in a terrible recession that lasted until November 1982. Australia was too, along with most of the rest of the world.

But inflation had been tamed, and by God stayed tamed – until now.
As in 1973, the energy and food shock of 2022 has been caused by war and a global geopolitical realignment, or perhaps the sharpening of existing groupings.

The difference this time is that it comes as most of the world is attempting to decarbonise to prevent catastrophe.

For Australia, two events in December 2009 made the process much more difficult – the Liberal Party’s replacement of Malcolm Turnbull with Tony Abbott, by one vote on December 1, and the failure of the 15th international climate change conference in Copenhagen two weeks later.

Things eventually got back on track in Paris in 2015 with a new agreement, but Australia’s climate change politics remained a mess.
The lack of policy clarity that flowed from that disastrous December in 2009 resulted in the neglect of Australia’s coal-fired power stations so they are now breaking down all the time.

Ever since Labor’s Clean Energy Act 2011 was repealed by the Abbott government in 2014, both sides of politics have been trying to persuade Australians that the decarbonisation of the economy would not only be cost free, it would be fine. A breeze!

Australia, we’ve been told, will become a lean, green energy superpower, exporting green hydrogen and solar power, with cheaper power and gas bills and lots of jobs being created.

This is a fantasy. After a century of gearing the entire global economy to burning fossil fuels, having stopped killing whales for oil, it was never going to be easy or cheap to switch to sunshine and wind.

Passing Josh Frydenberg’s inadequate National Energy Guarantee in 2017 might have helped, but that didn’t happen, so for eight years a national delusion has been promoted by political leaders – that switching from coal and gas to renewable energy would not only be painless, it would be an economic boon!

But in fact it requires some pain – a price on carbon to better reflect the actual cost of it and provide a price signal to help drive the switch.

More than that, avoiding the current energy supply crisis in Australia crisis required all governments to work with the companies that had bought the coal-fired power stations from them – for billions of dollars – to make sure they maintained them, so they didn’t break down before the national system of renewables and storage was ready.

In a way, the greatest failure of the Coalition has been believing that the market alone will sort it out. Without the government intervention of a carbon price, other interventions were needed, but never happened.

And now we have the humiliation of being a gas-rich country suffering a shortage of gas because governments allowed it all to be exported and a coal-rich country with a shortage of coal-generated power because the new private owners milked the generators, and didn’t maintain them.

At least we don’t rely on Russia for energy, as Europe does, so taking an ethical position against Putin for his war crimes won’t mean energy rationing, as it probably will in Europe.

But thanks to a decade of policy failure, we now have a carbon price by default and the Reserve Bank has a very tricky road to navigate.

As the world learnt in 1973, supply shocks leading to sudden price increases cause recessions, not just inflation. It’s called stagflation.
Rushing to control the inflation would worsen the recession, especially in those virtuous countries holding Russia to account and trying to decarbonise.

Alan Kohler: It’s 1973 all over again, but with a greater energy cost for Australia