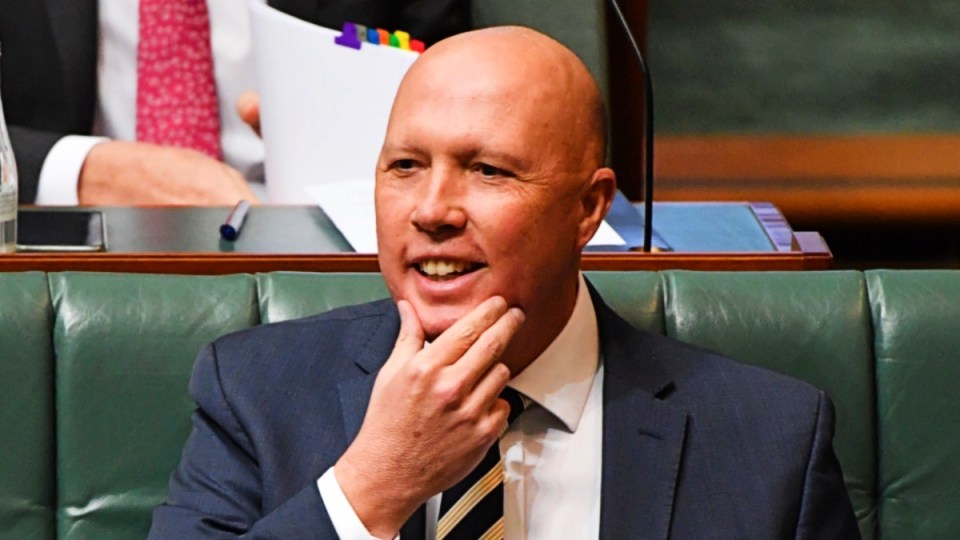 If the 'bad cop' is a persona, has it overtaken the real Peter Dutton he now wants to embrace, asks Madonna King. Photo: AAP
opinion

Kirilly Dutton, the wife of the soon-to-be Liberal Party leader, once described her husband to me as sentimental and traditional.

He kept all his children’s drawings, along with every photograph ever taken, and wanted the exact same Christmas each year: Church on Christmas Eve, and a festive lunch the next day at the home of his father.

But if he is to succeed as the party’s new leader, he will have to begin showcasing those attributes to others – both his party’s membership base, and the broader voter community.

The Liberal Party has had a tradition of being a broad church but Peter Dutton, particularly in the portfolios of defence and immigration, has helped narrow that.

He’s been parked squarely on the right side of the party, and few would sing about his moderate tendencies.

That’s at least the public view. The same goes for his capacity to show any sentimental side. He’s the hard head, the head-kicker, the Liberal warrior who admits he has no interest in making friends on the other side of the chamber.

His relationship with Tanya Plibersek is a case in point.

She was in trouble from her boss and new Prime Minister Anthony Albanese this week for referring to him as Voldemort. But their relationship has also been testy.

Years ago, Peter Dutton put out a news release demanding she get dangerous drugs off the street, as health minister.

Many believed he knew her portfolio didn’t handle drugs – and it was an orchestrated pointer to her husband, who had – a long time previously – served jail time for drugs.

Time to see the ‘complete character’

Peter Dutton has painted his own portrait as a tough, brash and non-compromising intimidator – and it has been behind the trolling and takedowns and unpopular view many hold of him. It’s perhaps suited him.

He knows that. That’s why he’s now talking about wanting people to see his “complete character’’ – the person he is outside the chamber.

It will be a significant challenge for him, but one many say he can meet.

His mentor is former prime minister John Howard, who he still refers to as Mr Howard. That Liberal heavyweight has always believed the marginal seat MP was made for leadership.

Others agree – based around his work before Parliament when he was a police officer, as one of the first officers to graduate after Queensland’s Fitzgerald Inquiry into police corruption.

The case that made Peter Dutton the police officer

One case has influenced him more than any other; the abduction and murder of 17-month toddler Deidre Kennedy in south-east Queensland in 1973.

It was one of the worst cases the state had ever seen. The toddler was beaten, sexually assaulted, bitten and thrown onto the roof of a toilet block. The case is Queensland-famous.

A RAAF recruit was found guilty in 1985, but the conviction later quashed. In 2002, he was found guilty of perjury, after a jury found he lied in his murder trial. That too was overturned – and he has maintained his innocence.

But Peter Dutton, who was simply one of the police officers assigned to covert surveillance in the run-up to his perjury trial, made the decision once elected to Parliament that he would have the state’s double jeopardy laws abolished – to allow people to be charged on the basis of new evidence.

That’s how Deidre Kennedy’s mother Faye – only 24 when her daughter was killed – met the young MP Peter Dutton, who petitioned the public the length and breadth of Queensland to support change.

Only a few years ago, Peter Dutton still claimed those laws as his biggest win in politics.

“He didn’t want any sort of recognition,’’ Faye told me then. “He did it because he was once involved in the case and has a little girl of his own.”

Peter Dutton’s ‘bad cop’ routine has been on show in Parliament ever since.

The question he has to answer is this: If that’s a persona, has it overtaken the real Peter Dutton he’s now keen on embracing?

The first test of that for the new leader – who walked out during Kevin Rudd’s apology to the Stolen Generations – will be his response to Anthony Albanese’s elevation of the Uluru Statement of the Heart.