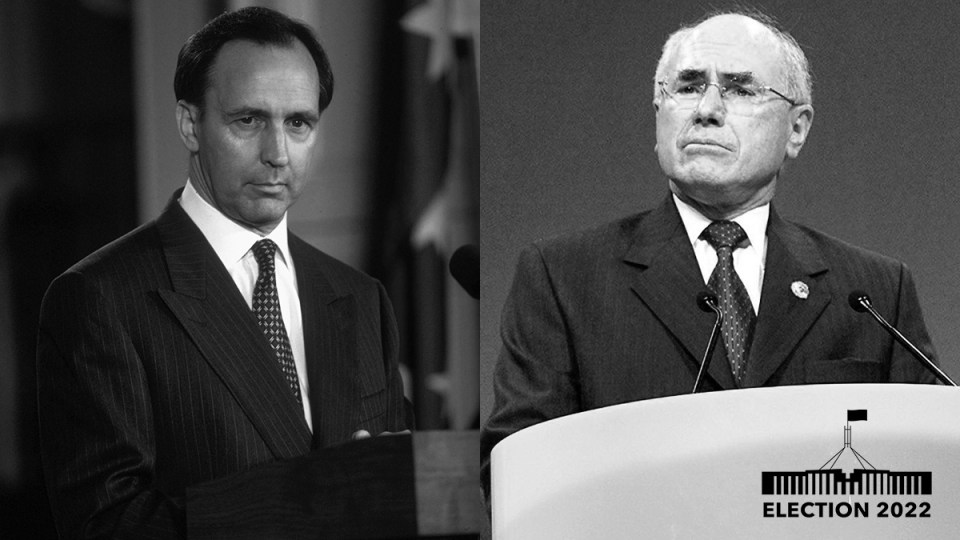 Paul Keating and John Howard both carried their belief into policy and into practice, writes Madonna King. Photo: TND
opinion

Voting day, to me, is a bit like a birthday: It’s full of hope, a gift bearing promise, and good wishes that the path ahead will be healthy, wealthy and wise.

But today, with less than 24 hours to go, I’m just feeling miserable.

Perhaps it’s the legacy left by COVID-19, the pandemic that has – more than anything – upended our lives, but not been central to this election campaign.

Or perhaps it’s just that this campaign, more than any I can remember during the past couple of decades, has been uninspiring and dreary and visionless.

Campaigns lacking in wit and wisdom

If it was a boxing match, neither man would have yet thrown a punch. If it was musical theatre, we’d ask for our money back.

This is not a political statement. Just consider, on both sides, what policies former prime ministers have forged to change the nation’s trajectory.

None of that was easy, but they both carried a belief into policy and into practice.

What have we seen in the past six weeks (which, on many occasions, has appeared a bit more like six months)?

A Labor leader who doesn’t know our unemployment rate or the fact that our borders are open, and a Coalition leader who looks down the barrel of a camera and says we don’t need the type of integrity commission that could stop political rot.

A Liberal leader whose crash tackle of a seven-year-old warrants more interest than questions around health or education or industry policy. A Labor leader where too much focus has been put on his dress and glasses, hairstyle and new threads.

And a nation of voters hoping that a strategy emerges that confronts the challenges of China and cost of living with equal vision.

Just consider some of those issues that have not received oxygen during a campaign where both leaders played a small-target game, and didn’t seem to understand why a new brand of independents and minor parties were popping up like mushrooms after rain.

Where is the discussion about the absolute breakdown in social housing over the past decade?

Or aged care, beyond the lousy take-home pay of $20 an hour in some instances?

Could we have an ageing policy, for example, beyond the aged-care homes that are now prisons for many of our vulnerable elderly?

What are we actually going to do about climbing debt levels? And how?

How does the future of the NDIS play out beyond shouty we-are-not-taking-anyone’s-entitlements off them mantra? How do we deal with the rising cost, the perceived unfairness, and the burgeoning causes of disabilities? Why are so many more people needing NDIS assistance than a handful of years ago?

Surely this links into mental health, where a worrying increase has only skyrocketed during COVID.

And while we are on COVID, are we vaguely interested in building on some of the gains we made, particularly in education? In fact, what vision for education do our major parties have that might influence our vote?

Either Anthony Albanese or Scott Morrison will be declared the election loser tomorrow night. If you follow the money, it will be Scott Morrison.

But he won’t be the only one. Trust in our politicians and their ability to deliver a clear path forward has been lost too.

And that means that whoever takes the Treasury benches needs to wake up on Sunday morning and abandon the small-target approach.

We’ll get some things right and some things wrong, but the days of incremental decision making, based around focus groups and what people are saying on social media, need to be consigned to history.

And if they aren’t, the future doesn’t look as bright as we deserve.

Fortune favours the brave, but this campaign has been a tussle between two brands of timid.