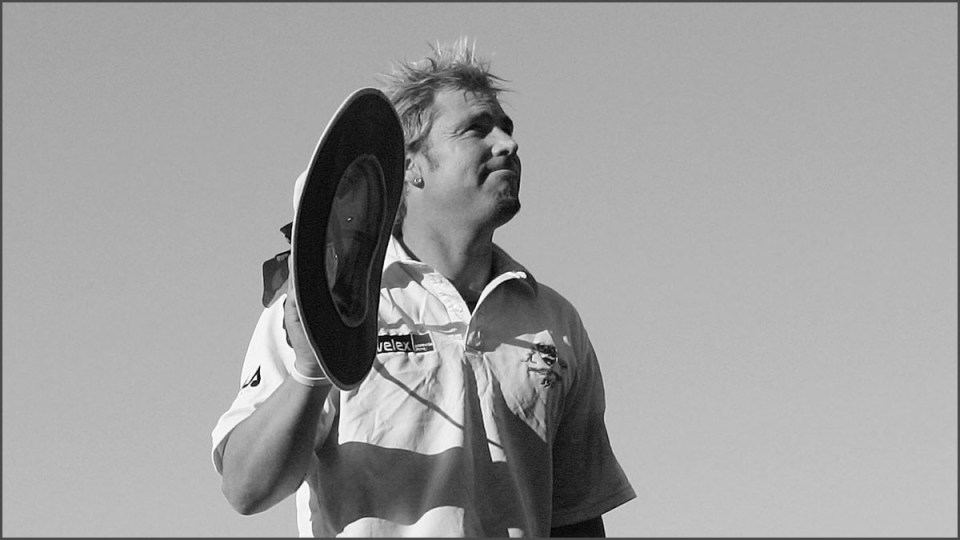 Yes, he was a bogan. But he was a fine father and had a knack of making people always feel better about themselves, writes Madonna King.
opinion

My faults are numerous. And not following cricket has always been one thrown my way.

Never has that been more obvious than on Wednesday night, when the nation stopped to honour Shane Warne. A sensational cricketer, but an even better person.

Cricket might be the most popular sport in Australia, but to non-cricketers Shane Warne was the blond surfer bloke who too often made the front page of red-top tabloids over texting scandals.

Drama. Affairs. Drinking. Dancing. Texting. Shane Warne always seemed to be in the thick of it.

But here’s the thing. Perhaps we should have been celebrating that all along.

He performed better, we now know, after a late night on the dance floor.

But what we non-cricketers learnt on Wednesday night is that Shane Warne’s cricketing talent was dwarfed by his off-field ability to deal with others.

Any parent would be proud of eulogies delivered by his three children.

But it was the role he played in their lives, despite an international career, that stood out as a role model for every other highly paid, hard-working, travelling dad.

Dancing with Summer before jetting off for the last time. And telling her she was enough; that she would be OK.

“When I was struggling, and I didn’t know how to go on with life because I was dealing with my own demons, you showed me how I could fall in love with life again,’’ Summer told the world.

“You told me that I could either live with these demons or fight with them and come out stronger at the end. You saved me, Dad. You truly did.’’

Yes, he was a bogan. He smoked. He drank. He played a little cricket. And he was a damn fine father.

A volunteer. A giver. Kind, generous. And he had a knack of making people always feel better about themselves.

Summer’s sister, Brooke, said she would miss the chats with her Dad about their double chins.

‘‘And how big our bellies are looking, especially after we’ve just eaten our body weight in cheese, pizza and pasta. It doesn’t seem right that I won’t be able to hear him say, ‘Just do it, Brookester, tell them how you feel. Try harder’.’’

Shane Warne always did. Studying the form of competitors on long-haul flights. Making every ball an event. Spending huge chunks of his time with sick children.

‘‘For his mother and I it was the things Shane did away from the cricket field we will hold up as his finest achievements,’’ his heartbroken father Keith explained.

He treated everyone the same – princes and paupers. Everyone was special to Shane Warne, but especially children.

“This was never more evident than when he visited Kinglake in Victoria after many lives were lost and the town had been devastated by bushfires back in February 2009. Shane appreciated how horrific the situation was. He was hoping his visit would help lift the community spirit.’’

No publicity. No fanfare. No front-page coverage. This was Shane Warne doing Shane Warne.

His father Keith told us about the time he picked up his son from Melbourne Airport, after a gruelling overseas Test series. Keith told him about a young boy with terminal cancer, desperate to meet his cricketing hero.

“We got the OK and went directly to the boy’s home. Shane stayed until the lad was starting to fall asleep, which was a good two hours later. Then I drove Shane home to see his own children. This is who he was.’’

Shane Warne. Talented on field. And a stellar human being, who we never quite got to celebrate enough of, off field.

Whether you love cricket or not, surely Shane Keith Warne should be awarded, posthumously, Australian of the Year.

Madonna King: Honouring Shane Warne – a great cricketer, but an even better person