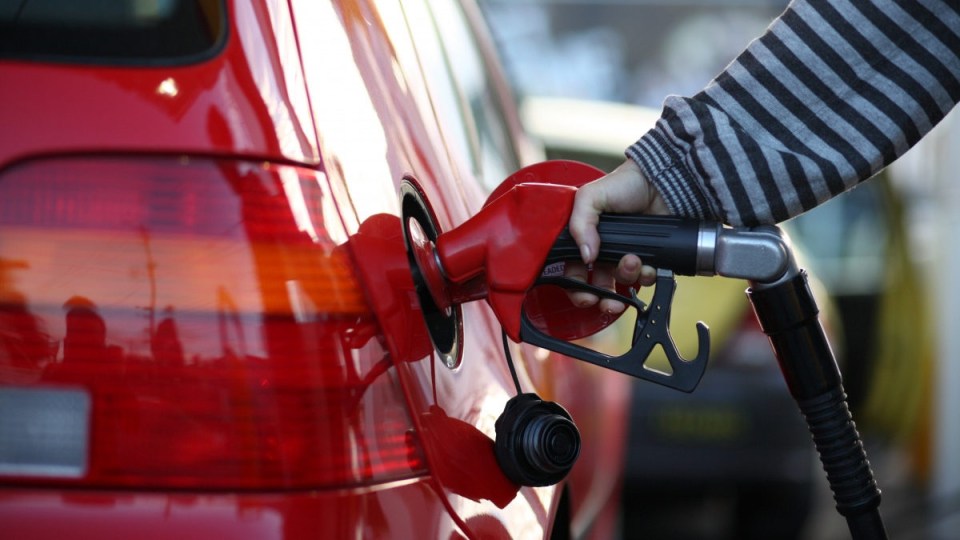 As the cost of essentials like petrol soars, the Morrison government is doing nothing to help raise wages, writes Michael Pascoe.

The phrase of the week – albeit battling for space with “Ash Barty retires” and “I haven’t been at Hillsong now for over, about 15 years” – has been “cost of living”.

It promises to be big again next week, featuring in the budget argy-bargy, and then running strong all the way to the looming federal election.

“Cost of living” automatically comes with the prefix “soaring” or at least “rising”. It is universally reported as a terrible thing.

But while nobody seems to want the cost of living to be higher, it is official policy to push inflation higher than it has been for a decade.

Bit tricky to have one without the other.

At the government level, it’s rather like saying we want Australians to have higher living standards at the same time as suppressing their real disposable income, which is what the Morrison government has generally been doing in the areas where it can affect wage rises.

At least the Reserve Bank is consistent. The RBA doesn’t pretend there’s a difference between higher inflation and the rising cost of living.

The RBA wants inflation to be higher. It wants the higher cost of living to force workers to demand bigger wage rises, not the two-point-something pittance they’ve been swallowing for nearly a decade.

Governor Philip Lowe is hoping the present spike in headline inflation will cool down to sit nicely around 2.5 per cent.

The idea is that while petrol prices, say, jump and result in higher inflation this year, if they remain at that higher level, they don’t increase inflation next year – inflation falls as this year’s rise drops out of the numbers.

In the meantime, if the present spike galvanises workers’ desire for higher wages, that will be a good thing, what the RBA really wants.

The falling unemployment rate should be making it easier for workers to do an Oliver Twist – “Please, sir, I want some more” – yet a decade of low wage and inflation expectations is hard to shake, both for employers and employees.

The governor spelt out some of the pain of substandard wages growth this week at a Walkley Foundation lunch.

“The inflation rate at the moment is 3.5 per cent and will probably go up to 4.5 per cent, who knows, depending on what happens with oil prices,” Dr Lowe said.

“Wages are maybe going up high twos, let’s say three, and inflation is 4.5 per cent – that’s a real wage cut of 1.5 per cent, so that will obviously affect people’s budgets.”

As usual, Dr Lowe ignored the impact of tax and thus underestimated the extent of the real wage cut in his example.

Everybody does, despite The New Daily regularly explaining the mistake.

In Dr Lowe’s example of 4.5 per cent inflation and a 3 per cent wage rise, the take-home pay of someone on the median wage would go backwards by a bit more than 2 per cent.

The disposable real income of someone on $90,000 would go backwards by 1.9 per cent.

Which is why a government that actually cared about the impact of inflation would be doing what it could to push for higher wages instead of suppressing them.

It would be making submissions for aged-care workers and nurses to be paid substantially more. It would grant real wage rises to its own employees.

It wouldn’t be rushing to loosen the tight labour market by throwing the doors open to foreign labour.

Dr Lowe did not sound too worried about real wages falling in the next financial year because households built up savings of $250 billion over the worst of the pandemic.

You’re supposed to spend your share of those billions to tide you over wages going backwards – which is fine if you have a worthwhile share of the billions.

Add the housing crisis pushing up rents and people who aren’t rich suffer higher cost-of-living increases than most.

Not that anyone, except the people renting, really cares about the housing emergency though, because it has been pushing up the wealth of those who are rich enough to own homes, especially those who own multiple homes.

The subset of people who’ve bought real estate recently get plenty of attention, however. They are the ones who are expected to limit how far the RBA lifts rates once it starts.

The CBA economics team reckons the RBA’s cash rate will only be increased to 1.25 per cent because our collective mountain of housing debt would cause too much pain if it goes much further.

The money market is pricing in a cash rate of 2.5 per cent next year, which the CBA says would be “deeply contractionary”, with “mortgage payments as a share of household disposable income rising to a record high” on the data they have going back to 1999.

That’s the flipside of wanting to stop the cost of living “soaring” – the traditional way of doing that is to push up interest rates until enough people’s noses bleed.

It doesn’t have to be that way. We might be lucky. There are signs more people are doing an Oliver Twist.

The latest salary guide by Robert Half, a specialist finance and tech recruitment agency, found 81 per cent of employers think candidates have become more demanding when negotiating salary, on average asking for 15 per cent more than the offered salary.

As a result, 77 per cent of employers “are planning to increase starting salaries for new hires this year by an average of 10 per cent”.

More importantly, employers are worried about losing the good workers they have, with 80 per cent of them allegedly planning to pay employees 11 per cent more.

But that’s in the finance and tech industries – not industry overall, and certainly not the public sector.

Another recruitment company, people2people, claims 40 per cent of Australians are looking to either change jobs or make a career change.

That will be painful for employers not prepared to pay more.

A delicate balancing act is about to be played out between putting up prices (the cost of living!), becoming more efficient, sharing more of the profits with employees and lobbying the government hard to import more workers.

The best thing the government could do in the circumstances is to invest in the nation’s talent and not blow cash on election stunts with little yield.

Unvaccinated Pauline Hanson has COVID
‘Should have been a penalty’: Boy crash-tackled by PM gives his verdict
Amber Heard’s sister and friend give evidence
Russian Google to file for bankruptcy
Man arrested at NSW school for bestiality
Concern about COVID-19 deaths in aged care
Working-from-home tax deduction must be extended, says tax analyst
Today's Stories

Michael Pascoe: We want inflation but not a higher cost of living. Go figure that one