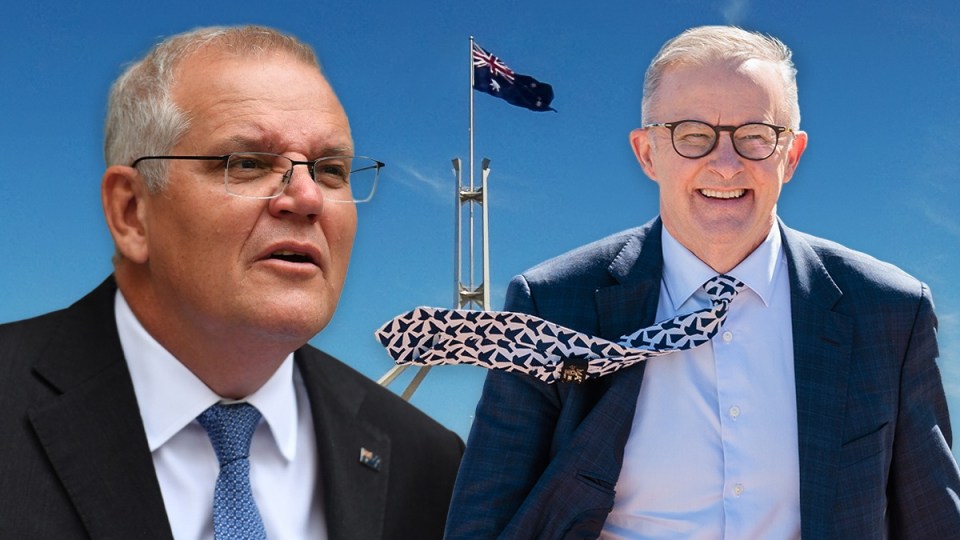 Albanese now looks more at home sitting in a CEO’s office than he might in the office of the union boss, writes Madonna King. Photo: TND
opinion

He stood out when his revolutionary colleagues were looking for someone to command an army. He got to be General, won the war, and ended up in what’s now called the Oval Office.

Alexander called himself Alexander the Great.

Kings wear crowns for a reason, and priests wear gowns to separate themselves from their flock.

John Howard was purposeful in wearing a green and gold tracksuit during his sprightly morning walk, as pundits discussed his likely retirement plans.

People used to make fun of Bill Shorten’s running style. Paul Keating finessed his image as treasurer, and he – and his Italian suits – looked as though they both belonged in the CEO’s office. But was he really at home supporting Collingwood?

And Barack Obama – youthful, vibrant and a master on the basketball court – took on six-term US senator and Vietnam War veteran John McCain, then 71, in 2008, and the victor was clear.

The rationale behind politicians wanting to look youthful and vital is understandable – and comes from a culture where those attributes are valued above almost anything else.

And certainly above seniority and wisdom.

The whole advertising industry is about looking good. And if you look good, you feel good.

Enter Anthony Norman Albanese, the leader of the ALP and alternative prime minister.

He looks different. He used to look a bit like an inner-city, crumpled, benevolent leftie. Now, he’s changed the glasses, given the wardrobe a makeover, and said ‘good bye’ to 18 kilograms.

He now looks more at home sitting in a CEO’s office than he might in the office of the union boss. And good on him. He says he feels different too.

Scott Morrison, who is the marketer with the moniker ‘Scomo’, has tried too, with an image built around the Sutherland Shire (despite his roots in Sydney’s eastern suburbs), his beloved Sharks, and as the daggy dad, who does what he’s told when he’s at home.

It simply goes with the territory.

And for the Prime Minister now to come out with a passive aggressive makeover sledge aimed at the ALP leader’s image revamp is nothing more than a bit of politics ahead of a long, long election campaign.

And neither is Anthony Albanese. You can lose weight, eat healthily – and still be yourself.

But how short is the Prime Minister’s memory? What about the recent stories of his own slim-down, with him allegedly resorting to “Man Shake meal-replacement drinks’’.

Indeed, over the past few years Scott Morrison’s diet and exercise has regularly been in the news – with an Instagram post on one occasion even boasting about how he tried to find the time to “swim most days, wherever I am around the country’’.

He’s a better man than I am.

The bottom line is that the Opposition Leader seems to be leading in the fitness polls; 18 kilograms gives him a strong handicap – at least in the image stakes.

Perhaps Anthony Albanese might feel generous enough to make his diet a bipartisan one, and pass it onto the Prime Minister?

Perhaps, even more widely, it might be provided as an ALP election offering?

The Labor faithful could bond over poached eggs, tuna salad and no-alcohol alcohol?

But here’s the thing. We are attracted by image. But it’s substance that sticks with us.

And the sooner we move onto that, the better.

Madonna King: Image has always trumped substance, but it’s time we looked beyond it