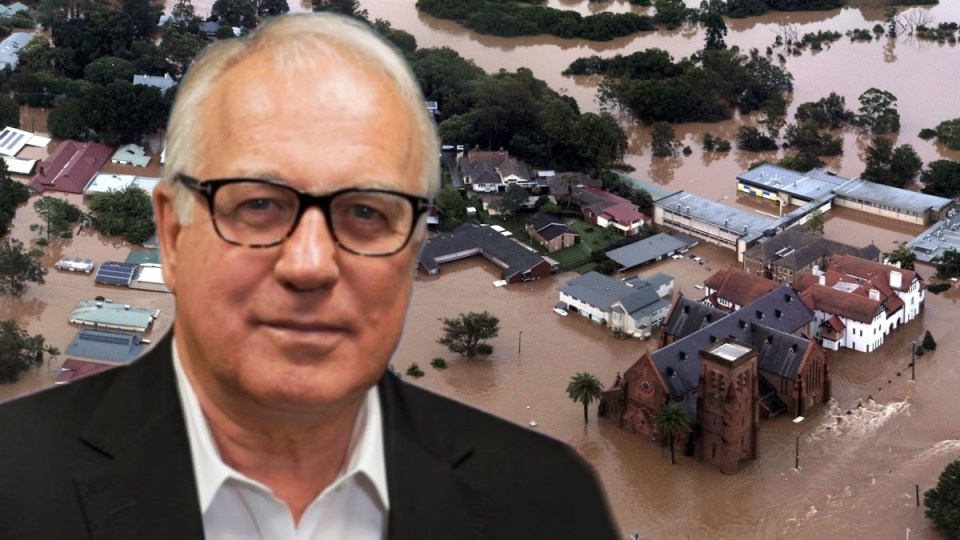 Some difficult decisions face the winner of the next federal elction in dealing with climate change, writes Alan Kohler.
opinion

Lismore is not the only town devastated by the Queensland and New South Wales floods, although it was probably the worst, and it embodies the problem now facing Australia from climate change.

That also happened to be the day the Intergovernmental Panel on Climate Change published its sixth assessment report on the impact of climate change, in which it warned of “cascading, compounding and aggregate impacts on cities, settlements, infrastructure, supply chains and services due to wildfires, floods, droughts, heatwaves, storms and sea-level rise”.

There have been 29 major floods in Lismore’s history and this year’s was the worst by a long way: 90 per cent of the town’s businesses were submerged; none of the residents was unaffected.

The levee built in 2005, 10.7 metres high and designed for a one-in-10-year flood, was well overtopped by this one-in-130-year event, and the city was inundated up to its eaves.

Now what? After all, climate change is a one-way street, for both extreme weather events and insurance – there’s no going back.

It’s not just a question of how long the poor residents and business owners of Lismore have till the next 100-year flood, it’s also a matter of what insurance is going to cost them in the meantime – if they can get it.
What’s it going to cost to keep them in Lismore or Gympie or Grafton, and who’s going to pay?

The 10.7-metre high, 2005 levee cost $21 million and was funded equally by the local council, the state government and the federal government. How high should it be now? Fifteen metres? Who’s going to pay for it this time? Is that even feasible? And will it make insurance affordable or available for residents and businesses?

Those questions apply up and down the east coast, from outer Sydney to the Sunshine Coast, and the answers will be decided in the boardrooms of the world’s reinsurance corporations and the federal cabinet in Canberra.

It is not an oversimplification to say that the more money the federal government spends on climate change adaptation and defence against floods cyclones and bushfires, the more insurance will be available for people living in the bush and the less it will cost.

Alternatively, the less the government spends, the more towns will have to be abandoned due to the lack of insurance.

Or at least they should be abandoned: many people will choose to live in them uninsured, because they love it, and it’s where they have always been and have nowhere else to go. This means it becomes a matter of who helps them rebuild after the next flood, if not an insurance company.

So far the government has been largely missing in action. Twelve years ago it set up the National Climate Change Adaptation Research Facility with $40 million in funding to identify knowledge gaps and fund research. It produced a lot of research that is now informing the IPCC, but that’s all.

There have been a few other small amounts of funding, like last year’s piddling $50 million National Flood Mitigation Infrastructure Program, and, of course, there’s the famously unspent $3.9 billion Emergency Response Fund, now $4.7 billion with interest earned.

It’s a demonstration of the politics of climate adaptation that the Insurance Council of Australia issued a call last month for the government to spend a laughably inadequate $2 billion over 10 years on “resilience measures”, otherwise large parts of Australia would be uninsurable.

What’s more, it felt the need to offer an estimate of the return on that investment – $19.3 billion.

For a start, the money should be spent simply to protect peoples’ lives, not for a return, and in any case $2 billion is a fraction of what’s going to be required.

In Chapter 11, the IPCC’s sixth assessment report spells out in merciless detail what Australia and New Zealand are in for, whatever is done about getting emissions down from here.

The lead author of this chapter, Professor Brendan Mackey, summed it up for me over the weekend: Floods and bushfires will happen more often and cyclones will be more intense and occur further south, where houses aren’t built to withstand them.

Some difficult, expensive decisions will have to be made by whoever wins this election.

Alan Kohler: Some difficult, expensive decisions will have to be made by whoever wins this election