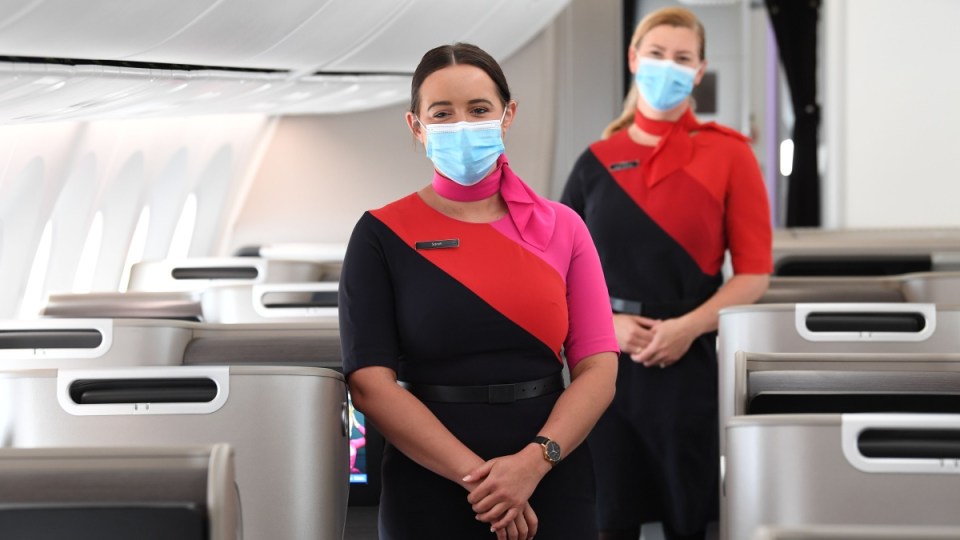 The Australian Services Union (ASU) posted a letter on Facebook this week addressed to Qantas Chief Executive Alan Joyce and asking the CEO to make “sensible and low-cost changes for a more inclusive workplace”.

Among the requests, that Qantas ditch rules that female staff must wear makeup, high heels and hosiery.

There were also questions raised about male staff being allowed to have beards and women having to have smaller watch faces than the men. But when I asked a good friend about it, who has worked at Qantas for decades, he was perplexed.

“It’s not a thing” was his response.

“Male staff are already allowed to have facial hair and a large percentage of the crew wear Apple watches anyway.”

I know I’ve seen Qantas flight staff in heels of various heights over the years, and I would suggest a mid-heel is often more comfortable than flats.

According to my friend, many of the staff wear heels to walk on and off the plane and slip into lower-heeled ‘cabin shoes’ after take-off, with some female crew wearing RM Williams boots if they choose to wear pants rather than a skirt or dress.

Lots of the female crew already have permission not to wear heels, especially if they have orthopaedic issues.

The hair and makeup guidelines were also relaxed when Paris-based Australian-born designer Martin Grant designed the Qantas uniform refresh in 2016.

Makeup, for and against

The previous rule book had stipulated tight chignons and makeup, but Martin loosened it up, suggesting looser hair and light (to no) makeup.

My friend confirmed that some of the male staff have started wearing light makeup like concealer or BB Cream now.

Hosiery can also probably be something of an advantage on a long-haul flight as stockings can help alleviate swollen legs and ankles, and the crew can get cold onboard, so pantyhose provide warmth too.

When my friend asked a few of his female colleagues whether they want to give up hosiery he got a resounding ‘group no’, with one text response saying, “NOOO WAY! Pantyhose make us look more professional and formal.”

Probably more to the point is whether the next uniform refresh is going to head into genderless, athleisure style clothing for staff, such as cool tracksuits and trainers, rather than pussy bow blouses and pencil skirts.

In 2003, I was editing Vogue and part of a fashion panel to help choose a designer for a new Qantas uniform. We chose Peter Morrissey, who worked with Balarinji Design studio to produce the boomerang print which appeared on shirtdress and blouses.

(Balarinji has had a long association with Qantas since 1993, when they created the ‘Wunala Dreaming’ design for a Qantas Boeing 747-400.)

What about dressing Australian?

I learned then that there are many occupational health and safety factors involved when it comes to designing crew uniforms, because fashion and function are often poles apart.

We were 100 per cent voted down when we suggested that the male cabin crew should only wear long-sleeved shirts, as they explained how hot it can get working on long flights, so they gave them the option of short or long.

What I have discovered is that many of the Qantas crews would like the uniform to be more “Australian” and point out that if it is lined up against other airlines, you wouldn’t know it was Aussie.

They are wonderful ambassadors, and by all reports, Qantas is already a very inclusive company, so I am interested to see how the uniform code evolves.

And the staff know best.

Kirstie Clements: Does the Qantas uniform need to change? Ask the staff