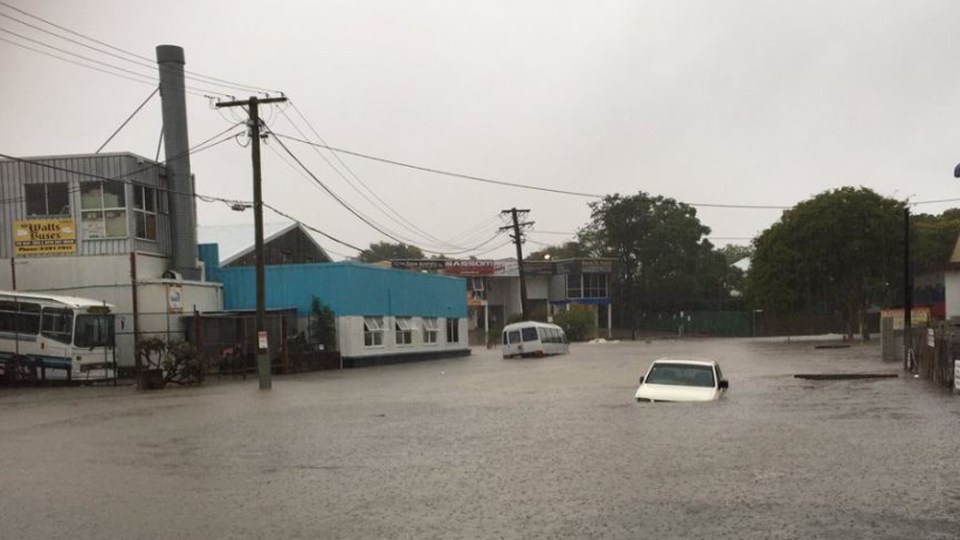 Look familiar? All too familiar, sadly, because this picture was six years ago, when another downpour flooded Brisbane yet again.Photo: AAP

The events of the past week have been nothing short of dreadful. There are stories of heartbreak, of heroism, of selflessness and the occasional happy story.

Babies born amongst the spectre of rising floodwaters, a sodden infant koala rescued and taken to safety, ordinary people using their tinnies to rescue neighbours from drowning.

Large swathes of Queensland, from the NSW border north to Gympie and Maryborough, and New South Wales, from the border down to Lismore, Ballina and beyond to Sydney – are now beginning the mammoth mop-up after a week of driving rain and floodwaters.

Brisbane’s Mud Army 2.0 will be out in force on Saturday.

Insurance companies will be counting the costs. So, too, will those who, sadly, had no insurance. Some simply couldn’t afford it.

And when the post-mortems are done, there are some questions clearly crying out to be answered and which must be addressed and adjudicated as a matter of urgency.

Queensland’s Deputy Premier Steven Miles touched on this on Friday at a press conference.

“I have visited areas in recent days that frankly should not have been built upon,” Mr Miles said.

He was talking about homes and businesses built on land known to flood, on land that has previously flooded and which should never have been used for housing in the first place.

It’s time for local councils to be accountable for planning permissions granted for homes to be built in places they should not be. And for their own modelling.

True, in this round of floods, many, many areas flooded for the first time ever.

Miles says he now intends working with local councils to ensure that new homes are not built on flood prone areas. He says there is a need for planning systems to adapt and move with the times and for projections going forward.

He’s right. The timeframe between major floods is getting shorter.

Grantham, in Queensland’s Lockyer Valley, was decimated by the 2011 floods, when a wall of water engulfed the town. It was, they said, a one-in-100-year event. Locals even use that term.

Another local mayor, in northern New South Wales, suggested the area could flood every year now.

The nation’s National Recovery and Resilience Agency head Shane Stone faced criticism after telling Nine newspapers this week that Australians need an honest conversation about where and how people build homes.

While his comments were controversial, he is right about the fact that governments and councils need to be having some honest conversations about future development and doing some real planning work.

Suncorp chief executive Steve Johnston was also not mincing words when asked about the issue in the wake of the flood peaks in Brisbane.

Mr Johnston said public and private buildings must be resilient and planning laws need overhauling  because they “put people in the face of these disasters” and have done so for decades.

In other words, flood mitigation needs to be at the forefront of discussions with local, state and federal governments, which all have a role to play here.

Johnston said insurance would become more affordable when mitigation and resilience programs are implemented and working.

So, as insurers count the escalating damage bill and governments open the coffers of disaster schemes, it’s well and truly time for some serious work to be done, and that’s not just picking up a shovel for a photo opportunity with the Mud Army.

Real, meaningful change that eases the burden and results in less loss next time the heavens open.

‘Should not have been built’: Ever more frequent flooding disasters require urgent answers