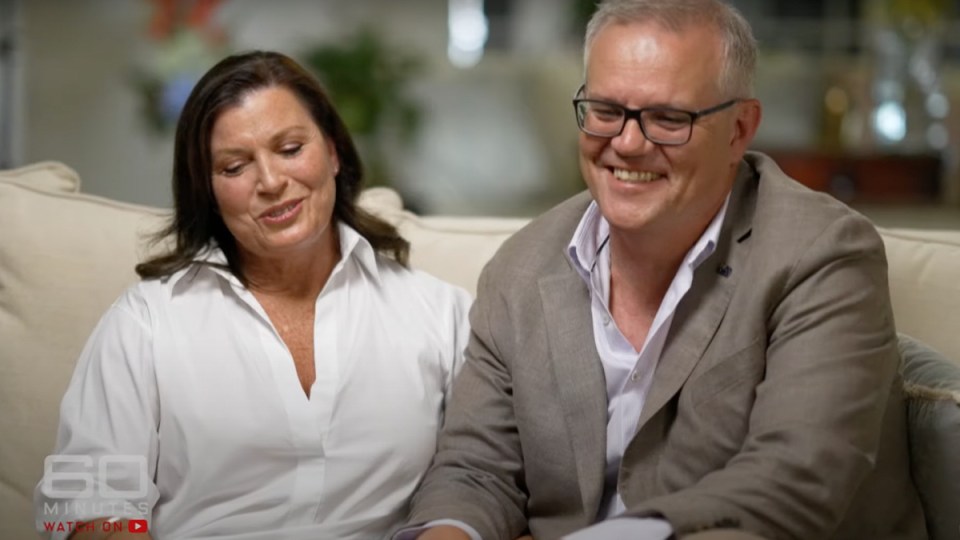 Jenny Morrison offers a challenge because we don’t know what we’re signing up for, writes Madonna King. Photo: YouTube
opinion

Hazel Hawke, from the moment we met her, became one of the nation’s most-loved people.

Whether it was the steely reserve she showed, the way she supported her husband Bob – the 23rd prime minister of Australia – through five successful election campaigns, or how she dealt with the ups and downs of motherhood, we respected her.

At some points, she might even have been her husband’s biggest asset.

Tamie Fraser was a delightful counterbalance to the reserve of her husband Malcolm, undertaking many political roles once the couple and their four children moved into The Lodge in January 1976.

Margaret Whitlam wrote her own headlines with expertise across sport, writing and social campaigning.

She showed off the strength of women, at a time when her husband’s party looked even blokier than the Australian Parliament has shown to be today.

Kevin Rudd undoubtedly suffered from the absence of his wife, when she was overseas with her business.

Julia Gillard, to many, looked real out and about with her ‘first bloke’ hairdresser Tim Mathieson.

And Chloe Shorten gifted her husband Bill a touch of celebrity.

Lucy Turnbull, without doubt, was her husband’s head of cabinet.

“I have a much stronger sense of Lucy and me than I do of me,” Malcolm Turnbull told the world a couple of years ago. And it surprised no one.

But what about Jenny Morrison? Who is she? Does she complement or mirror her husband?

And could she help swing his battered polling results into new territory with a national 60 Minutes interview on Sunday night?

Arguably, we know less about Scott Morrison’s partner in life than almost any of his predecessors.

We know she was a nurse, that she grew up in Sydney’s south, and is the mother of two teen girls.

They met when they were just children, at a youth group, before marrying nine years later.

She’s suffered severe endometriosis. Had their first child on the eve of turning 40. And has admitted to being “less political” than some of the nation’s previous first ladies.

That’s why we’ll see Jenny Morrison feature in the interview.

We know she carries influence. Her husband has told us that his review of the parliamentary workplace culture was prompted by a chat, at home, with Jenny.

“Jenny and I spoke last night and she said to me, you have to think about this as a father. What would you want to happen if it were our girls?” he said almost exactly one year ago. “Jenny has a way of clarifying things. Always has. And so, I’ve reflected on that overnight and listened to Brittany and what she had to say.”

He was attacked – perhaps with the benefit of hindsight – unfairly for that. It would be an admission we’d applaud from others, like Malcolm Turnbull.

Prime ministerial partners are part of the Lodge package, but Jenny Morrison offers a challenge because – apart from that chat her husband revealed last year – we don’t know what we’re signing up for.

What can she bring to the table?

Her husband has a tin ear. She needs to convince us otherwise.

His common touch, whether it’s at the footy or in a mall, looks affected, not real. Jenny Morrison needs to tell us a story that proves we’ve misunderstood him.

He looks like he’s governing for popularity, not the future. Is he capable of planning and executing an inclusive vision for our country, post COVID?

We don’t need to know if he cuts the grass at home, or cooks – although we’ll see him in the kitchen on 60 Minutes.

Jenny Morrison could be a powerful political weapon, but the challenge she faces is all uphill.

She needs to not only ‘sell’ her husband’s attributes, but turn around the tide of voter dissatisfaction in a few short minutes.

60 Minutes is not the only ticking clock.

Madonna King: 60 Minutes is not the only ticking clock for Scott Morrison. Can Jenny save him?