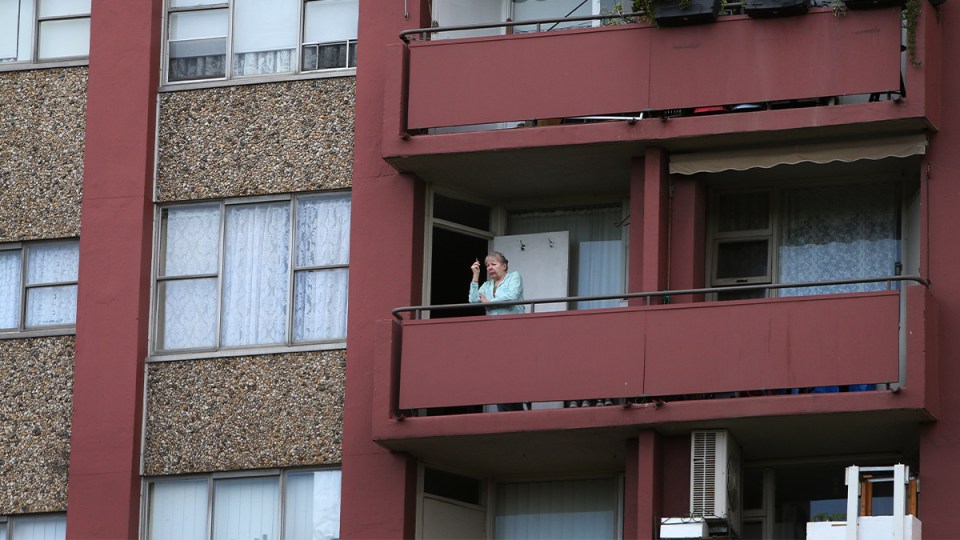 As the pandemic hit in 2020, the government was urged to spend big on social housing. That didn't happen, writes Michael Pascoe. Photo: Getty
opinion

And, at least at the federal level, we’re set for more of the same, by the smell of the latest housing inquiry.

There are multiple factors at play in the housing crisis facing the third of Australians who rent, but the biggest elephant in the room is the ideological preferencing of profit-driven private sector delivery of social necessities.

The results of letting for-profit private operators loose on aged care have been well documented. We have become somewhat inured to the same neoliberal commitment to “can-do capitalism” wreaking havoc in housing.

The multi-decade decline of government housing has been matched by the increasingly expensive subsidising of private landlords – and not just through the tax system’s negative gearing and capital gains tax discount.

On the surface, the $5.3 billion in Commonwealth Rent Assistance payments last financial year went to low-income renters, but in reality it flowed to private landlords, propping up rental prices at the lower end of the market but still leaving nearly half of CRA recipients in rental stress – paying more than 30 per cent of their low incomes for shelter.

And that is worsening as colliding policies and COVID fallout push rents sharply higher, especially in regional centres, as we reported in October. Rents have continued to jump since then.

A more obvious short-term demonstration of ideology overruling better policy was the Morrison government’s preference for gifting more than $2.5 billion in HomeBuilder payments to people who mostly did not really need the money, rather than seize an opportunity to make a significant dint in our affordable housing crisis. (If you can afford to spend between $150,000 and $750,000 on a renovation, you don’t really need a $25,000 handout from the government.)

As the pandemic hit in 2020, one of the most common recommendations by economists for worthwhile stimulus was for the government to spend big on social housing.

Instead, we got HomeBuilder. It was meant to stimulate the housing construction industry and it certainly did – too much.

And the thing about HomeBuilder is that once the billions are spent, they’re gone. It’s temporary stimulus helping to push up prices.

The same extra money committed to social housing construction is an investment – the government has a lasting asset to show for it – and the rate of spend can be tailored to available supply.

But the worst part of the lost opportunity that was HomeBuilder is that it did next to nothing to solve our most important housing problem – shelter for those on low incomes.

Early on, the $25,000 grants might have enabled a few extra first-home buyers to escape the rental market, but the overall mix of government policies has pushed up prices far beyond that benefit.

There was a sudden and uncharacteristic jump in capital expenditure by the states and territories last year of $612 million to $2.06 billion, but recurrent spending in real terms on social housing per head of population has been as good as stagnant for the past five years.

The number of government public housing units continued its decade-long fall, dipping to 299,520 last year from 333,906 in 2012. That loss has been roughly balanced by community housing dwellings increasing from 61,345 to 98,483 – but over that time, Australia’s population has risen by more than 13 per cent, the cost of housing has risen sharply and real, take-home wages have done little.

An extra $2.5 billion could have made difference, insulated from the profit-driven forces of the housing market preferred by the government. It would take several years for Labor’s promise of a $10 billion “future fund” to have as much impact on supply.

Meanwhile, the dogs are barking, or at least the chairman is flagging, that the latest federal housing affordability inquiry will go nowhere.
The inquiry is yet to be finalised, but in an interview earlier this month, Liberal MP Jason Falinski trotted out much the same lines he was offering before the inquiry started, laying the blame on local councils and state governments.

He has previously dissed social housing and championed private landlords.

It looks like Mr Falinski took little notice of Dr Cameron Murray’s submission to his inquiry.

The University of Sydney economist makes a strong case for planning reforms not leading to cheaper housing, whereas “fostering parallel non-market housing systems, just as public healthcare provides a non-market medical system, can be an effective way to improve housing affordability”.

But of course, that doesn’t fit with the political aim of primarily benefitting those who already own or are paying off a dwelling – or neoliberal dogma.