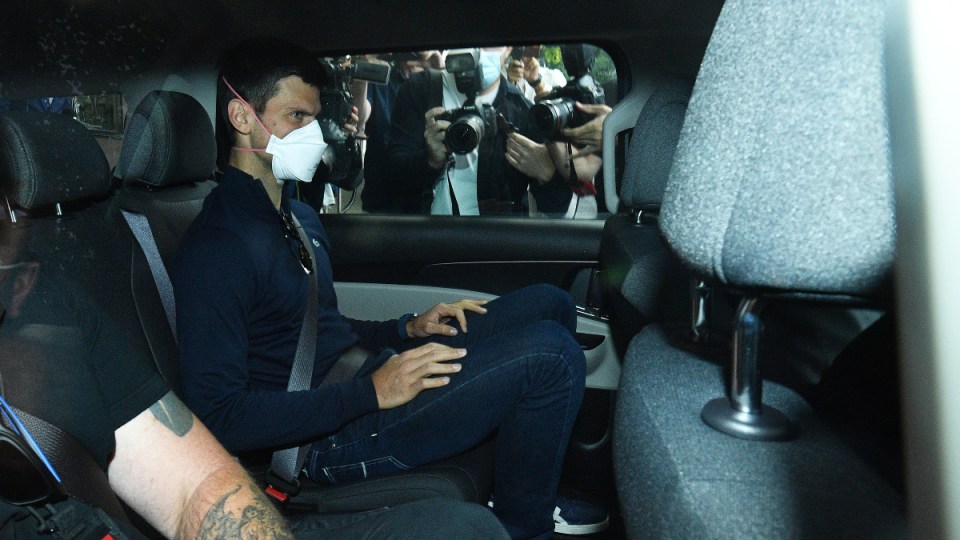 Last week I needed to have a tooth extracted. I had put it off for weeks because I didn’t want to put anyone, or myself, at risk of infection.
Because these are strange times we are living in.

I was on the tram to my dentist and saw a crowd gathering outside the Park Hotel in Carlton.

My immediate reaction was concern for the refugees inside the hotel – some who have been in detention for nine years and counting. I was concerned the COVID outbreak that ripped through this hotel a few weeks ago had taken yet another turn for the worse.

However, as the world quickly learned, the media scrum and attention was there for Novak Djokovic.

Like the rest of the world, I followed this case, which unfolded on our TV screens and Twitter like a carnival of incompetence, moral outrage and deadly distraction.

Djokovic is clearly not happy with the outcome of his case, but he hasn’t had to wait months and years for its resolution.

I have been working with a young Australian woman in her twenties who lives in Reservoir. Her name is Bibi.

Bibi returned to her family in Afghanistan just before Kabul fell.

She tried to fly out of Kabul as the situation worsened, but despite having an Australian passport she couldn’t get on a flight.

With her family, Bibi fled across the border to Pakistan last September with only a pair of shoes and clothing.

She, and her brothers in Melbourne, have sponsored their other family members to get urgent refugee and humanitarian visas.

Bibi is now pregnant. She is unsafe. She has limited access to doctors, food and money.

This Australian woman has been emailing the Department of Home Affairs for months – since August – to get an update on her family’s visa applications, but cannot get a meaningful response.

Meanwhile, the world number one tennis player had Federal Court hearings scheduled on a Sunday at a moment’s notice.

The second important thing to note in this border security saga: when the Federal Circuit Court last week overturned the visa cancellation, they pointed to issues that arose while Djokovic was detained at Melbourne airport.

The main reason for the initial judicial decision to re-instate his visa was because the judge found Djokovic was not given enough time to seek legal advice to respond to questions about his potential visa cancellation.

This is a familiar story. We have repeatedly heard from refugees and others seeking assistance with visas that those on the immigration frontline seem to have an instinct to be unhelpful and, indeed, to create barriers.

There appears to be a culture of obfuscation, confusion and inconsistency that permeates the Morrison government.

The Djokovic case highlights this culture – where a government provides a visa to a known vaccine sceptic, only to then take it away from him when he arrives on our shores.

Like every other traveller to Australia, Djokovic would have had to provide his vaccine documentation (or exemption, in this case) to border authorities three days before he came to Australia. So, Mr Morrison can’t argue he didn’t know Mr Djokovic’s position before he arrived.

Ultimately, Djokovic was treated very differently to other visa holders who have problems at the border.

However, his experience highlights some of the trends and overarching failings of the Morrison government’s border security policies.

Thirdly, and finally – while the Park Hotel remains a scene of media and public interest – what is going to happen to the refugees held captive within its walls?

The world was appalled when Djokovic’s mother described the Park Hotel as dirty, having bugs, and terrible food.

However, asylum seekers have for years complained of appalling conditions, including mouldy food, maggots, medical neglect, as well as a lack of hygiene. Which, during a pandemic, is downright reckless cruelty.
Labor has long said that the refugees waiting for resettlement should not be held in hotel detention if it is safe for them to be in the community.

While the Morrison government’s actions show that they tacitly support indefinite detention, a Labor government would work hard to find homes for refugees.

It is now for the Morrison government to step forward and explain why these refugees are still in an unsafe and unhygienic hotel, while the world’s eyes are watching.

Moscow ties reopening of Ukraine ports to sanctions review
Zac Stubblety-Cook claims 200m breaststroke world record
Jose Ramos-Horta to be sworn in as East Timor marks 20th anniversary of independence
Australian Jason Kubler makes French Open main draw
Unvaccinated Pauline Hanson has COVID
‘Should have been a penalty’: Boy crash-tackled by PM gives his verdict
Cindy Wockner: With Clive Palmer taking another tilt at politics, we are in for quite a ride
Today's Stories

Ged Kearney: The Djokovic case highlights the stark contast of our treatment of refugees