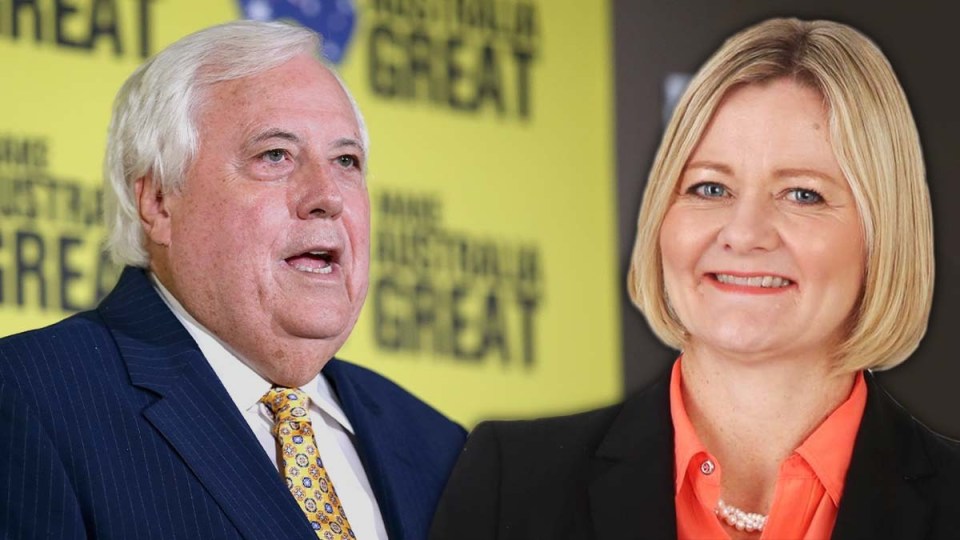 Clive Palmer may not make any personal headway on Election Day, but he will muddy the waters, writes Cindy Wockner. Photo: TND
opinion

On the day, this week, that billionaire Clive Palmer announced plans for another tilt at politics and vowed to splash more cash than ever before seen on a political campaign, more than 60 people lost their lives to COVID-19.

Eleven of them were in Palmer’s home state of Queensland. In NSW, 32 died, and in Victoria there were 18 deaths.

Meanwhile Palmer, who is unvaccinated, threatened legal action if this unjabbed status disrupted his political campaign by seeing him barred, under Queensland’s laws, from entering places like pubs, clubs and restaurants.

Palmer announced he personally would be vying for a Queensland Senate seat and he said his United Australia Party would field candidates in every seat across the nation in a bid to have UAP leader Craig Kelly elected as the next prime minister.

Palmer, 67, has made much of his unvaccinated status. Meanwhile, as he spruiked himself, his party and their chances of success, tents were going up in carparks at Queensland hospitals to cope with the pandemic while aged care facilities accounted for more and more of the COVID-19 related deaths.

Associate Professor Paul Williams, a Griffith University political expert, says that in one respect Palmer’s latest bid for a political seat is not unexpected. While not the leader, he is still the UAP salesman and its highest-profile member.

Does he have a hope of getting up on voting day? That, according to analysts, is the tricky question. Most say probably not.

But what he will do is muddy the waters – and he has the money to do that. Back in 2019 he spent $80 million on the campaign. In 2022 Palmer says he will spend even more, boasting of the “largest and most expensive political campaign in the nation’s history”.

In 2019 the UAP didn’t win any seats. Palmer says the point then was to make sure that Bill Shorten didn’t win. He didn’t.

This time round the goal seems even more broad – go hard on the ALP, the LNP and the Greens. Bit of a scattergun approach.

Palmer’s grand plans come as the latest Roy Morgan poll shows the ALP well ahead of the LNP on a two-party preferred basis. That poll, conducted during the first two weeks of January, puts the ALP at 56 per cent and the LNP at 44 per cent.

And importantly, in Queensland, ever the battleground state, the poll revealed a swing of 6.9 per cent to the ALP – enough to snatch the LNP’s five marginal seats – Longman, Leichhardt, Dickson, Brisbane and Ryan.

Queensland was the only state in the nation where the LNP (51.5 per cent) leads the ALP (48.5 per cent) on a two-party preferred basis.

So will Palmer go harder on the ALP which, according to polls, has an early lead, or the LNP? Who knows?

Professor Williams says the problem for Palmer is that the candidate field in the Senate is becoming crowded with radical right and populist fringe parties. There is former Queensland premier and now Liberal Democrat, Campbell Newman, and Pauline Hanson is up for re-election this time around.

There are six Queensland Senate seats on offer. Williams says it’s hard to see Hanson not being re-elected. He predicts the Greens will get a seat, the LNP will get two and the ALP two, leaving Palmer and Newman seatless.

But Palmer’s campaign is just getting started. Once he starts rolling out the cash, it seems anyone’s guess as to what will happen.

And if he does, as he claims he will do, ignore mandates that only the double-vaxxed can enter places like clubs, pubs and restaurants – to conduct his campaigning, will police take the law to him?

Palmer doesn’t seem to care about that, he has plenty of money to pay lawyers to argue his case.

Whatever unfolds as a May election approaches, we are in for quite a ride.

Sadly, many more people will also lose their lives to the COVID-19 virus and politicians will continue to argue about why rapid antigen tests are so scarce.

Cindy Wockner: With Clive Palmer taking another tilt at politics, we are in for quite a ride