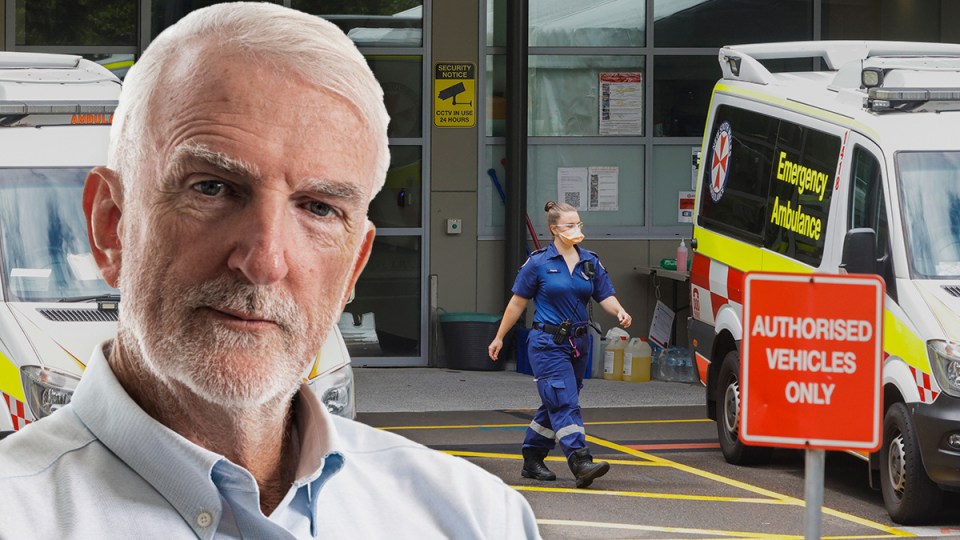 Pretend for a moment you are in charge and decide you will let the virus rip, as you’ve been urging for much of the past year.

When would you do it?

Not how you would do it – with vast stockpiles of RATs, obviously, with the population boosted, with a staggered removal of restraints, without Queensland overloading and crashing PCR testing – but when.

With the exception of Christmas shopping, business tends to start winding down from about then, there are lots of drinks functions to spread the bug, schools are going on holidays along with much of the population, so the loss of production would be minimised.

If you were going to have a pandemic run riot, putting your faith in some sort of herd immunity out the other side, mid-December to the end of January is our least productive seven weeks of the year.

People can be sick on their own time.

That Christmas shopping would still get done, one way or the other. There would be no teachers whinging about unventilated classrooms and the risk of catching it from children.

The child-minding aspect of school wouldn’t be in play.

You could hope and pray the variant is so infectious but mild that a fair whack of the population would have it and be over it by the traditional start of the Australian year – February 1 or thereabouts.

And if you were facing an election in, say, May, unleashing the ’Rona in mid-December would give you the best chance of having the peak pass before autumn, the best chance of the worst being over so you could concentrate your taxpayer-funded advertising on the Australian government keeping people safe, claiming victory over the virus.

By May, we would have plenty of RATs. Hospitalisation numbers would be falling away. You could produce stories of relieved nurses. There wouldn’t be too many funerals.

Your election budget on March 29 could continue to promise short-term sweeteners for “can-do capitalism” to lead the way, along with the usual corruptly targeted grants, but you would be mainly relying on another consumer spending surge from pent-up demand, another sugar hit.

Yes, I’d be going for mid-December in the belief that the worst of it would be mid-January, that there would be the usual distractions of cricket and tennis and weather during the crisis phase, and that much of the media isn’t quite up to speed then.

For example, you could rely on television lapping up the staged colour and movement of a plane unloading a million RATs and repeat the promise of a few million more on the way without thinking of a primary school-standard maths question:

There are 1.24 million school enrolments in New South Wales. If each student has to have two RATs a week for school to be safe, how long will one million RATs last? Or five million? (For bonus marks, describe how 2.5 million RATs a week will be distributed when they are not free or freely available.)

Get the peak hospitalisation numbers and deaths over and done with, then trust that people have short memories, will maintain their strange belief that your party is the better economic manager if you tell them so often enough, and: Look over there! China!

Yep, definitely mid-December. By whatever power you had over federal purse strings, you’d drop the weights on recalcitrant states to go along with the national plan, telling them there is simply no option. (And ignore the particularly rich state that holds out for a bit longer.)

As acutely observed by Tim Ferguson, you would move to pithier two-word slogans from the usual three – a time for “Stare Down”, “Push Through” and “Stay Strong”.

Still, the golden rule applies: Given the choice between a conspiracy and a stuff-up, it’s likely to have been a stuff-up. But there is the possibility of both being the case.

Concentrating on the when and ignoring the how does come with the danger of “Push Through” deteriorating to “Hang On” and then “Oh —-!”

Consciously letting it rip before being prepared for the ripping reeks of a monumental stuff-up, worse than being slow to obtain multiple vaccines and distribute them.

It would be dreadful to think the when was more important than the how for our governments; better to believe it was merely gross incompetence.

Both options are damning given the many warnings governments were given for the need for RATs.

As politicians squirm about that, it is worth recounting again the admission by Therapeutic Goods Administration boss John Skerritt, as reported by The Guardian:

Part of the issue has been the slow pace of approvals with the TGA. In September the TGA boss, John Skerritt, admitted that had been deliberate, as the regulator waited for a “signal” from the federal government.

“We’re saying to companies, submit your data, show us, but we can’t formally make an approval decision until we get a signal from the government,” Skerritt said at the time.

“It’s a decision for the government. Firstly, when they feel an appropriate time is to commit such tests. But then secondly, we’ve got to have the tests that are actually ready to go and designed so they can be used by non-professional people.”

Yes, it was another race and Australia was held back from starting by the Morrison government.

Yesterday, I heard of a nurse saying the worst thing about her hospital now was morale. Nobody smiles. People cry easily. Everyone is exhausted.

The politicians keep telling us our health system is coping and will cope. Well, they have to say that, don’t they?

In his Tuesday media conference announcing 36 deaths, NSW Premier Dominic Perrottet was pushing through with the promise that “we’ll come out stronger on the other side”.

Michael Pascoe: What if Omicron bedlam is not a cockup but intentional?