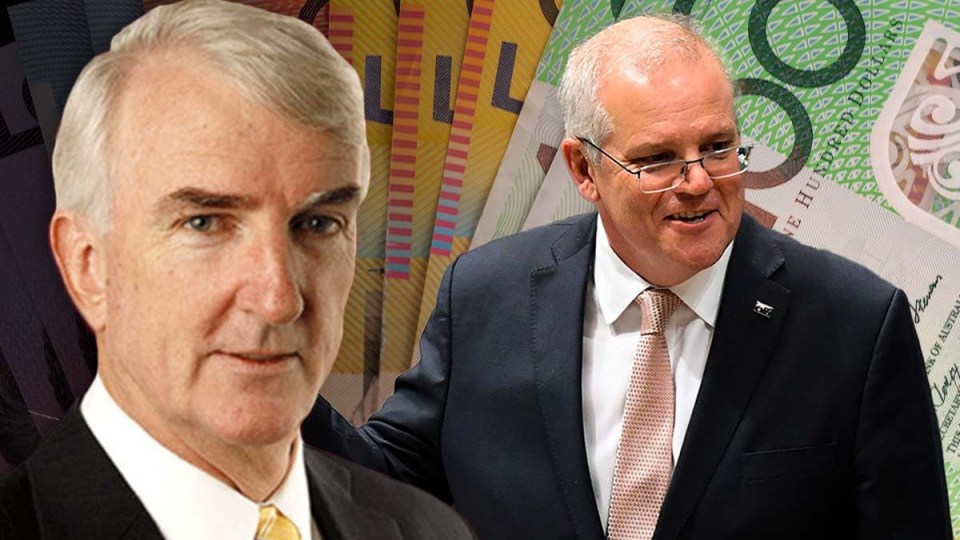 At first glance, it seemed the Morrison government in a peculiar way admitted its multibillion-dollar Community Development Grant racket was corrupt.

Sure, there was an $11 million gift to a billion-dollar private company in a marginal LNP seat last year – I’ll come back to that – but could the government have been shamed into “doing the right thing” overall?

After The New Daily and Michael West Media back in 2020 exposed the blatant rorting of CDGs to favour Coalition MPs and “seats of interest”, the bare summary of CDG allocations published last year actually shows more money going to Labor-held electorates than the Coalition – $177.7 million to $169.3 million.

That contrasts sharply with the score ever since the Abbott government invented the CDG rort in 2014 – a scam specifically designed for government MPs to exploit without any risk of Auditor-General or public service interference.

For example, over 2020, before media pressure started building, some $400 million was carved up Coalition MPs’ way by a ratio of three to one compared with Labor seats.

Repeating the 2020 exercise for the grants published in 2021, TND collaborator and spreadsheet sleuth Vince O’Grady counted 47.7 per cent of the total $372.6 million in CDGs going to Labor electorates last year, 45.4 per cent going to the Coalition and 6.9 per cent to “other”, the independents and minor parties.

(The “other” has a history of doing disproportionately well out of the CDG baksheesh.)

Did someone in the Morrison government suddenly feel a little embarrassed – I won’t suggest they felt guilty – about being caught red-handed ripping off taxpayers’ money for their political benefit?

Did someone on the Expenditure Review Committee that ticks off such spending experience qualms?

A closer look at the 2021 grants suggests not, as does the track record of the ERC members.

For a start, while Labor seats appear to score more money than Coalition seats, there were more than twice as many Coalition grants – 102 to 46.

That raises the suspicion that Labor seats had a few large grants that don’t quite fit the “pork barrel” definition.

For example, the biggest single CDG last year was $33 million that went to the Labor-held seat of Perth.

It went to the Western Australian Cricket Association – it was for rebuilding the WACA.

That’s a bigger-picture investment than the local electorate.

It’s not like, say, the $22 million given to Yeppoon’s Keppel Bay Sailing Club in the LNP seat of Capricornia to build a convention centre. That’s more of your-local-MP-with-a-novelty-cheque project than the WACA.

Similarly, another big grant to a Labor seat was $15 million for the Northern Territory’s Solomon.

It was for the NT Health Department to buy and house a PET scanner and cyclotron machine. It was for providing equipment for treating cancer – something that is a matter of national health, something all Australians should have available.

What that is doing in CDGs instead of the health budget is beyond me.

Just on the postcodes of who received the cash, it looks like Scott Morrison would have to say that Labor’s Patrick Gorman was “a very good local member” – as he said of the largesse showered on Peter Dutton’s seat.

Aside from the WACA motzer, a facile CDG examination shows Mr Gorman’s Perth seat also picked up $16.25 million grant, this one for the Football West Stadium – but that’s the one the Liberal member for Swan Steve Irons claimed at the announcement, chasing the soccer vote.

Under the Prime Minister’s definition of “a very good local member”, the best in Australia last year was actually Labor’s Emma McBride in the NSW Central Coast seat of Dobell with three grants totalling a bit more than $45 million.

The biggest of those – and the second-biggest overall – was $32.5 million for the University of Newcastle to extend its medical school and research at Gosford Hospital.

Again, something that should be in the health budget but turns up suspiciously in the CDGs, qualifying for particular Morrison government branding.

Dobell also picked up $4.3 million for the Central Coast Council to improve the road to North Avoca and $8.25 million to improve the Umina skate park and environs.

Emma McBride can go into the next election fairly claiming Scott Morrison thinks she is a great local member.

Except that, whoops, the Dobell grants aren’t quite what they seem – the money is actually being spent in the adjacent Liberal marginal seat of Robertson.

The Newcastle University has an address in Dobell, but Gosford is in Robertson.

The Central Coast Council is headquartered in Wyong (Dobell), but the projects are in Robertson.

Purely coincidentally, Dobell is a seat the Liberal Party hopes to win from Labor.

There was a 3.3 per cent swing to the Liberals at the last election. Labor was only ahead by 0.76 per cent on primary votes in a seat that finished 51.5 to 48.5 – which means only 1.6 per cent of votes have to change to change party.

As previously explained in stories here, the nifty thing about CDGs is that you can only apply for one if the government invites you to apply. It is purely up to political types to pick the winners.

I’m ignoring the tiddlers, such as the $66,000 showing up for Anthony Albanese’s Grayndler because that’s where the RSL NSW branch has its headquarters – the money is for a mural at Wagga Wagga’s RAAF Aviation Heritage Centre.

So take that combined $148.7 million off the theoretical $177.8 million for Labor seats and you’re not left much.

CDGs are still being outrageously, corruptly rorted. The government has no shame.

And the gift to the private company mentioned earlier?

It was $11 million in the marginal LNP seat of Longman for AKD Queensland Pty Ltd to “install two contraflow drying kilns, timer grading/optimisation technology, an upgrade of existing sawmill equipment, construction of a sound barrier and development of site infrastructure to support an upgrade to the main saw line”.

Basically, a free upgrade for the company’s Caboolture softwood operation on the taxpayer.

AKD Queensland is one of the 11 subsidiaries that make up the privately-owned AKD group, headquartered in Colac, Victoria, employing more than 1000 people.

A quick glance at Dun and Bradstreet finds four subsidiaries had sales revenue of $1.2 billion in the last financial year.

AKD is a timber company – it’s in an industry that is booming. Builders can’t get enough pine, prices are skyrocketing.

You might wonder why you are subsidising it through your taxes.

Maybe it just has a very good local member.

FOOTNOTE: An earlier version of this report missed the cash going to Robertson instead of Dobell. Very silly of me to think for a moment a Labor electorate could be the biggest recipient of CDG money. Dobell received $0 last year.

Michael Pascoe: More of the same in 2021 with community grants corruption