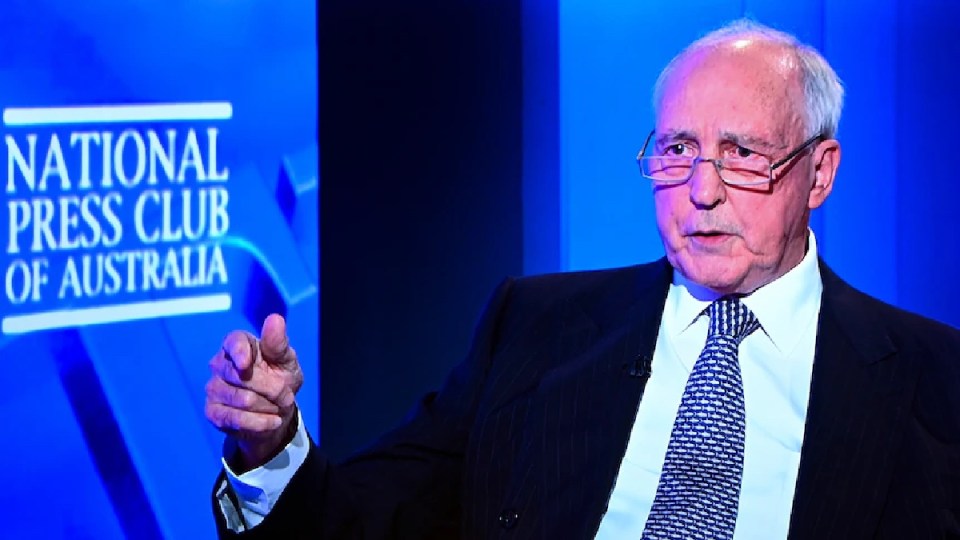 Few can compete with Paul Keating when it comes to calling a spade a spade.

And the 77-year-old this week showed age is no a barrier to the acerbic cut-through that marked his time in politics.

Is it normal to miss it? The clever lines? The ruthless put-downs? The funny one-liners?

No doubt a big brain sits behind the foul mouth. And in a month when many of our year 12s are struggling to see a career path, it’s a stellar reminder that the 24th prime minister of Australia left school at the age of 14.

As treasurer and prime minister, Paul Keating (and the government he belonged to) was instrumental in changing the nation’s trajectory.

Just consider these innovations compared to what we are seeing now.

The prices and incomes accord. Floating the Australian dollar. Compulsory superannuation. The privatisation of Qantas and the Commonwealth Bank. The introduction of the Native Title Act. Capital gains tax. That Redfern speech.

You might not support all of them – or you not support a single one. But that big-picture vision has now disappeared from our political landscape, on both sides of Parliament, and we are all the poorer. 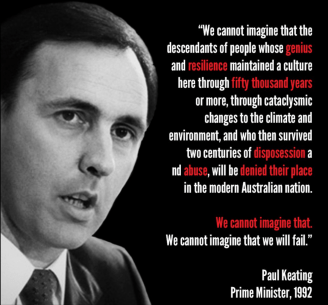 Yes, we’ve had an apology to Australia’s Indigenous peoples, and the introduction of NDIS and an overhaul of gun ownership.

But will we ever see such a series of big-picture changes?

Politics has become a tweak here, and a tweak there, when it is crying out to be a contest of ideas. Or in the words of Paul Keating, “the great curse of modern political life is incrementalism”.

Forget about political ideology, it’s the engagement in politics Keating was able to drive.

True Believers loved him. Other loathed him. He didn’t care. The dispatch box was his stage, and he delivered significant reform.

Along with a conga line of abuse.

John Hewson, his favourite target, was a “shiver looking for a spine to run up”. He wanted to ‘do him slow’. But being attacked by Hewson was a bit “like being flogged with a warm lettuce; it was like being mauled by a dead sheep”.

A picture might be worth a thousand words, but Paul Keating was a political artist.

From the “unrepresentative swill” of the Senate, to wanting to “put (Andrew Peacock) down like a faithful old dog”, to Peter Costello being “all tip, no iceberg”, no one was immune from his verbal vitriol.

Reporters who took an early call from Paul Keating were rarely on the receiving end of a compliment.

John Howard was “the little desiccated coconut”, West Australian MP Wilson Tuckey was a “stupid, foul-mouthed grub” who was “flat out counting” and the economic climate was simply the “recession we had to have”.

Sometimes, the Placido Domingo of politics was way off the mark. But he had us talking, and wanting to help author our own future.

After Keating’s performance at the Press Club this week, Parliament looks bland; vanilla when we were once offered popping candy.

Britain was like “an old theme park sliding into the Atlantic compared to modern China”.

Australia was like “a see-saw at the park – we are not on the pivot in the middle, but on the wobbly ends”.

And our submarine deal was akin to “throwing a handful of toothpicks at the mountain”.

Not a word wasted, and the message was clear.

We were looking for ‘‘security from Asia rather than in Asia’’. China deserves our respect. We need to learn to engage with China. We were looking too much to the past, when we need to focus on the future.

Keating’s China view is today being dissected: Some commentators accusing him of kowtowing to the Chinese; others say Scott Morrison should sit up and take notice.

But that’s almost secondary to the fact that we are talking about the nation’s relationship with China and debating it and reading about it and listening to different views, filling radio bulletins.

Scott Morrison might have the marketing background, but Paul Keating delivered him a very good lesson in how to capture our attention.

Almost a decade ago, Keating announced that everyone tires of combat. “Although I can still throw a punch, you know.”

And that’s what he did this week.

Spain and Portugal see major leaps in monkeypox infections
Peter Dutton touted as next Liberal leader as he claimed victory in Dickson
Volodymyr Zelensky: How war will end as Ukraine ‘breaks backbone’ of Russian army
Jim Chalmers decries Coalition waste as Labor hits the hustings amid downpours in Queensland
Anthony Albanese, Scott Morrison cast their votes in Sydney
Australian aces at French Open out to show there’s life after Ash Barty
Michael Pascoe: Briefly, there was an adult in the political room
Today's Stories

Madonna King: Paul Keating delivered a very good lesson in how to capture our attention