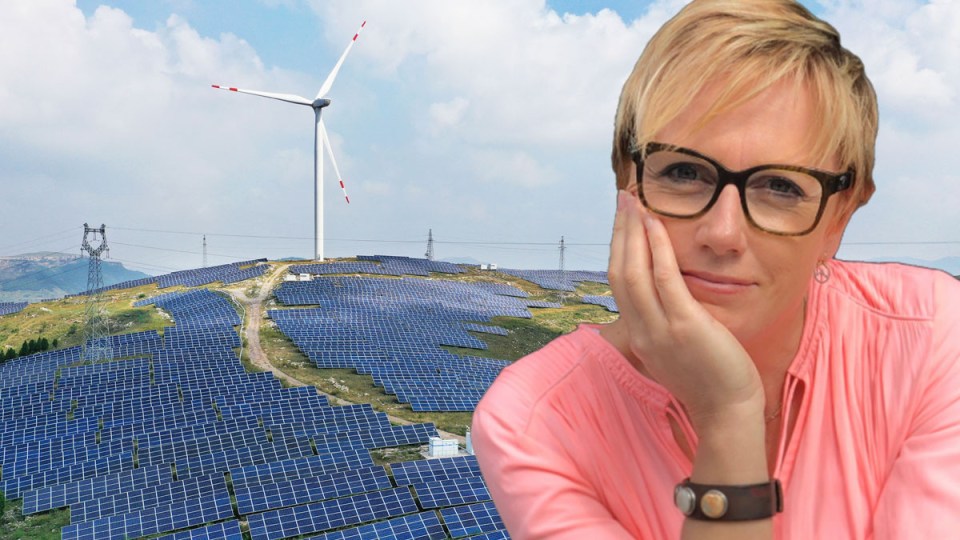 There are three ways to approach climate change – one, do nothing and hope; two, dig in, and go slow, because it’s ‘the economy, stupid’; or three, step into the change and maximise the opportunities it presents.

The first one is at best daft and at worst unconscionable given the now incontrovertible evidence that the climate has already changed, and if we do nothing, much of Australia will become inhospitable to live in and unproductive for future generations.

As Alan Kohler wrote in these pages this week, experts warn that if warming reaches an increasingly inevitable 2 degrees, “temperatures of 50 degrees Celsius will become common in Sydney and Melbourne, and over 40 degrees would be routine”.

Doing nothing is not an option. The change is here.

The second option is to obfuscate – imply that climate change is at worst a myth, at best someone else’s fault, and to take an entirely negative position that thwarts progress.

If you’re facing backwards with your fingers in your ears singing ‘la la la la’ and worrying about political blowback first, it’s difficult to move forward.

The third option, which if we’re brutally honest with ourselves is the only one, is to embrace the change, accelerate strategic thinking and come up with a structured transition plan.

To some degree today’s debate about carbon reduction targets is flawed, given that the states and business are already doing the heavy lifting, and weak, federally set targets will be well exceeded by 2030.

The transformational thinking, however, is another matter.

With the impact on rural and regional communities front of mind, this is critical.

Structured, staged progress must happen to cushion the inevitable shock that is coming as the rest of the world moves on. This must happen by talking with and listening to those communities, who after all, need a structured plan more than anyone.

Even China is decarbonising

Big emitters like China, India and the United States are all making substantive attempts to reduce emissions.

The results are patchy, but the market for renewable and green tech – electric cars and buildings – is expected to grow faster than any other market in the coming years. This will create a positive feedback loop when it comes to profitability that will feed the change.

There’s no avoiding the reality that Australia will be on the receiving end of both lower demand for its resources and likely tariffs due to their environmental impact.

Conversely, economies that embrace this change stand to benefit via a competitive edge in expertise and goods that can be ramped and exported as demand increases for clean and green technology.

Although we tend to focus on what’s under the ground, Australia has substantial natural assets to work with above the surface, including abundant sun, wind and open space to build large scale energy infrastructure.

So, rather than focusing on what we don’t particularly want to do, let’s look at what we can do.

First, we need mandated carbon reduction targets. These targets must be enshrined in legislation, therefore depoliticising that part of the process. With mandated targets the kind of pre-election shenanigans over climate that we are currently seeing will no longer be a thing.

Second, while focusing on net zero by 2050, let’s also focus on balancing the withdrawal from carbon-emitting industries with their replacements, in a community context.

In a practical sense, that means supporting regional and rural economies to transform: as carbon-based industries move out, renewable and clean industries move in, and new business development and training are supported for net zero impact.

This will take time and it requires careful planning and thought.

The World Resources Institute says that between 2000 and 2014, the UK economy grew as emissions declined. Since 1990, the UK’s economy has dramatically expanded while emissions have dropped by 44 per cent.

Meanwhile, analysis closer to home in NSW shows that over the last three decades or so the state economy has continued to grow despite decoupling from carbon-based industries and transitioning to a service-oriented economy.

Still, the National Party’s position that billions of dollars will need to be injected into regional communities to facilitate the forthcoming transition is not wrong.

But it doesn’t all have to come from the taxpayer.

Large institutional investors want to invest in Australia. However, they require a stable framework to confidently do so, and they will continue to send that money overseas until Australia’s policy is clear.

That will require some optimistic leadership.

Zoe Daniel: There are three approaches to climate change, Australia is choosing the wrong one