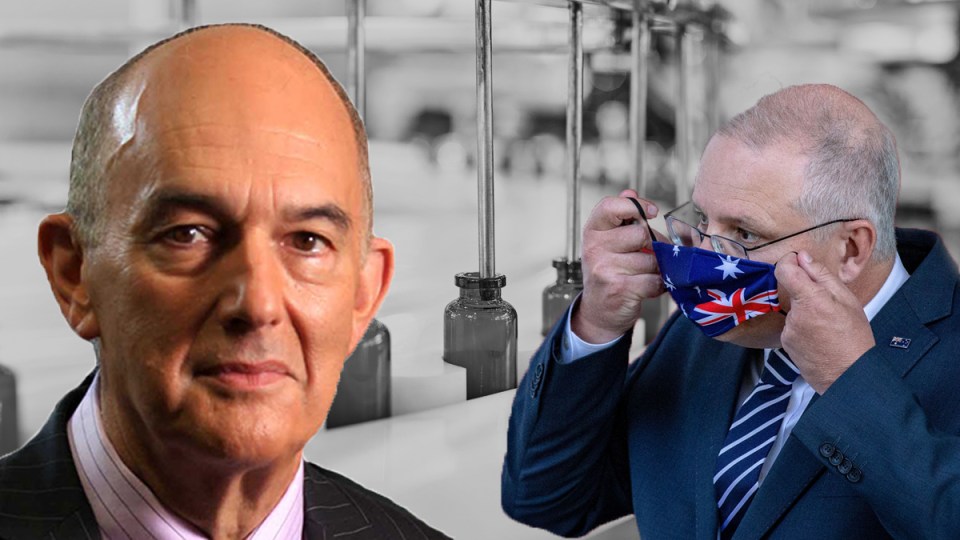 Scott Morrison has no where else to blame for this vaccine bungle, Paul Bongiorno writes. Photo: TND
analysis

There’s something smug about the reaction of the federal government and its health advisers who believe the disaster they are presiding over could be worse and there’s nowhere else on earth you would rather be.

It’s a message the Prime Minister repeated at three news conferences this week – despite the unraveling of a vaccine rollout they all had a year to plan for.

Sure Australia is nowhere near the plight of Brazil, India, Papua New Guinea – or for that matter France and Italy – all facing repeat waves of a pandemic claiming thousands of lives and pushing their health systems to the verge of collapse.

But by now, four million Australians were promised they would be vaccinated. We were promised that by October the whole population would have received at least their first jab, and the nation would be well on the way to a return to accustomed prosperity.

Morrison pleads pandemics are by definition unpredictable and this one-in-100-year crisis has the whole world on a steep learning curve.
But the evidence is our Prime Minister and his government are slow learners and proud of it.

Still ringing in our ears is the assurance from Health Minister Greg Hunt that the vaccine distribution will be “a marathon not a sprint”.

The head of his department, Brendan Murphy, scoffed at questions as to why we had not embarked earlier on a rollout like Britain and the United States.

Dr Murphy said on more than one occasion: “We’re not in a hurry in Australia. We don’t have a burning platform, as I’ve said on many occasions. We can take our time to do this vaccination properly.”

The tragedy is that the slow and fraught rollout was horribly botched.

Last month, to much fanfare, Greg Hunt proclaimed a “momentous day” with the beginning of the program to vaccinate everyone over 70 in “one of the largest logistical exercises ever undertaken in this country”.

Vaccines weren’t delivered, doctors were left in the dark, their clinics swamped by confused patients only to be turned away.

Former head of the federal health department, Professor Stephen Duckett, described the vaccine distribution as “overhyped and under delivered”.

Warnings from the Labor opposition, some state health authorities and experts that the government had put too many eggs in the AstraZeneca basket proved sadly prescient.

Not only is the Australian manufacturer CSL behind schedule, the product itself is now thought not safe enough for anyone under 50 – a sizeable chunk of the population.

The credibility of that vaccine was not helped by the Prime Minister’s panicked early evening news conference on Thursday night.

Now Morrison says he has “secured” another 20 million doses of the Pfizer vaccine by the end of the year, even if they all arrive by then, few expect the national inoculation target will be reached much before March or April next year.

“Secured” of course doesn’t mean delivered, and again we are relying on a product we are incapable of manufacturing and have to import.

The fact that Australia does not have the capacity to produce these modern mRNA vaccines is surely a disastrous example of our failure to invest in and keep up with vital technological innovation.

Monash University’s Professor Colin Pouton is calling on the federal government to fund a fast-tracking of a factory here to do the job.

Midweek, the premiers of New South Wales and Queensland washed their hands of any blame for the disaster Australia’s rollout of the COVID-19 vaccines had become.

Gladys Berejiklian and Annastacia Palaszcuk made it very clear the states were responsible for 30 per cent of the distribution, the Commonwealth for the rest – and completely responsible for the supply of the vaccine.

The states ignored Morrison’s pressure to curb lockdowns and keep borders open, and that saved the health of the nation and contributed in no small way to the incipient economic recovery.

But on the vaccine planning and delivery, the emperor in Canberra has no clothes and the nation will pay dearly for longer.