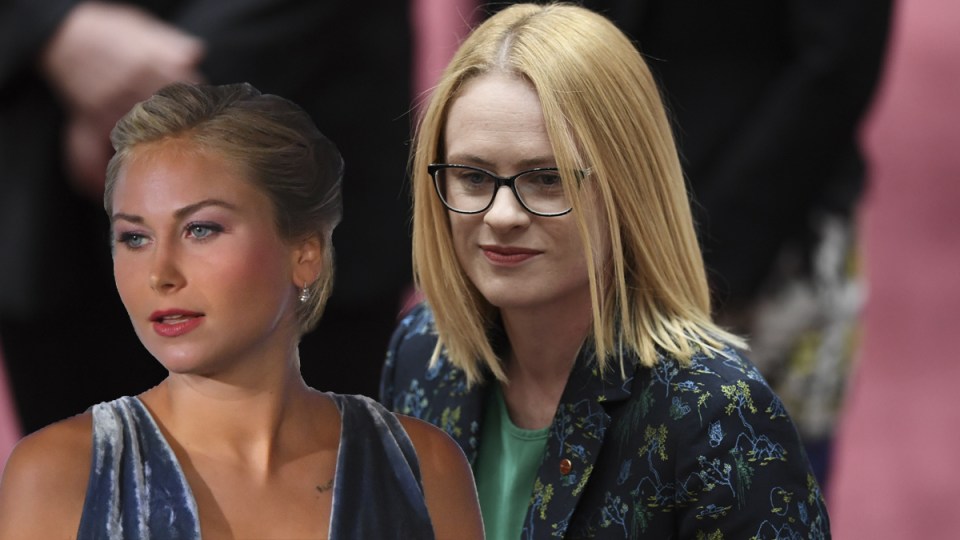 Political crises are always unpredictable and have consequences, intended and not, fortuitous and ill fated.

So it is with the current lava flow of sleaze engulfing the seemingly hapless government of Scott Morrison, buffeted by bad polls, bad behaviour and bad headlines.

One possible – no, probable – winner from this mess is Queensland senator Amanda Stoker.

She was a minor but significant beneficiary from Morrison’s ministerial reshuffle – a shakeup necessitated by the pinball wizard ricochets of sexual assault allegations past and present.

Out of that Senator Stoker emerged with a mouthful of new responsibilities, united by having the word “assisting” in them all and “women” in a key role.

Senator Stoker made her first move from the backbench late last year to become parliamentary secretary assisting the attorney-general.

Back then her boss was Christian Porter, lately demoted in a Morrison kind of way.

Senator Stoker is a controversial figure – she’s fiercely right wing, staunchly conservative and Christian and has a combative, take-no-prisoners approach to politics.

Her key role as the assistant minister for women has already sparked controversy – push back with an awkward edge for Morrison, because it’s being led by Australian of the Year and campaigner on sexual assault Grace Tame.

Senator Stoker’s patronising response, reported by The New Daily late on Wednesday, suggests it’s not just the Prime Minister who doesn’t get what Australian women are angry and frustrated about.

“Ms Tame’s comments are passionate but not informed and they do not correspond with my longer history of work in this area, of which Ms Tame must be unaware,” she said.

It’s just a polite way of saying she doesn’t think Ms Tame knew what she was talking about.

This is not going to worry Senator Stoker much. She’ll see it as further evidence of her frontline political skills as a warrior for the Queensland LNP – and that’s where her change of fortunes in these uncertain times has emerged right on cue.

Before this latest example of Morrison’s inability to display humanity, Senator Stoker was in the high-risk zone for re-election, with a probable relegation to the hard-to-win third spot on the LNP senate ticket for the election possible late this year.

In the way the Liberal and Nationals merger works, the Liberal part of the LNP gets the top and third spots, while the Nats get the second.

That means Matt Canavan is safe in second place while the two sitting LNP senators, Stoker and James McGrath, fight it out to get one or three.

That’s a fate of either guaranteed victory, a 50-50 chance of re-election or finding a new job next year.

Senator Stoker, a Sydney-born-and-educated lawyer who worked for senior judges in Brisbane and Canberra, has been on the outer as a member of the minority conservative Christian Soldiers faction of the LNP.

Senator McGrath, while friendless in Canberra after his allegiance switch-up from Malcolm Turnbull to Peter Dutton, is backed by the majority group in the LNP, but the fallout following the latest state election loss has seen that support base fracture.

The Christians, who seldom sleep, have been relentless and have made up significant ground. This, plus Senator Stoker’s elevation onto the front bench, have put the feisty lawyer in a winning position.

It would be a bad look for the Queensland LNP to put Senator Stoker’s political future in doubt because she’s a woman and a prime ministerial favourite.

When the Queensland LNP state council meets in May they aren’t going to deliver what would be interpreted as an anti-female outcome for the Prime Minister, just as he’s selling a budget with a central focus on women.

Senator McGrath’s backers are clearly worried, spreading a story suggesting Senator Stoker could be a good fit for the next candidate for the bayside seat of Bowman, being vacated by the empathy-challenged incumbent, Andrew Laming.

Senator Stoker is smart enough to rebuff any offer to take this narrower path to staying in Canberra – a battle in a bruised electorate where a local independent is expected to emerge.

There is no chance the LNP will dump a favoured female minister with specific responsibilities for the status of women.

Who would give up the No.1 Senate spot when it looks all but certain?