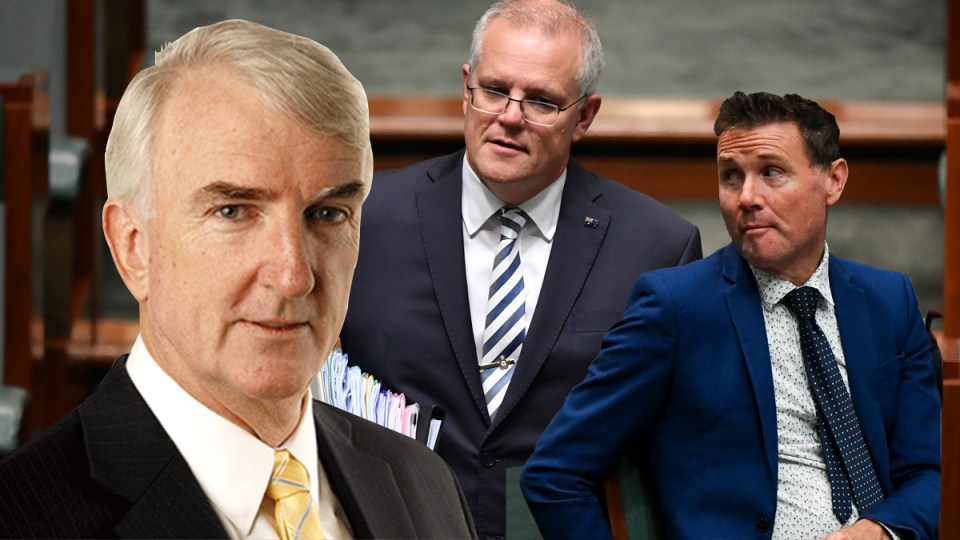 The NSW Upper House inquiry into the Berejiklian government’s corrupt Stronger Communities Fund reached the obvious conclusions on Tuesday – it was “a clear abuse of the grants process”, “a brazen pork-barrel scheme” and “a misuse of public money”, among other things.

This was the $252 million doozy about which Premier Gladys Berejiklian effectively said: “Sure it’s corrupt, but it’s not illegal, so too bad. That’s the way we roll and we’ll keep doing it.”

The Morrison government has demonstrated the same disregard for even pretending its multibillion-dollar rorting of taxpayer funds is anything other than corrupt, but now the Prime Minister has taken the same principles – or lack thereof – to the membership of the federal parliamentary Liberal Party.

“Sure Andrew Laming is a creep, but he’s not illegal, so he remains welcome in the party room and this Parliament,” is what Mr Morrison’s various weasel words boil down to.

Given reports that Queensland police are looking into Dr Laming’s alleged “upskirting” episode, the Prime Minister might need a little qualifier: “He’s not illegal – yet”.

Cabinet portfolios can be reshuffled ad nauseum and more ‘women’s’ titles can be concocted by the marketing department, but as long as Mr Morrison’s leadership is so fragile as to brand Dr Laming as an acceptable member of his party room, the empathy stunts won’t fool many.

And what precisely is Mr Morrison so scared of?

If he cuts Dr Laming from the party, does he fear the long-term LNP member will go feral and start voting with the Labor party? One might wonder if there has been a conversation to that effect.

Or does the Prime Minister worry that Dr Laming might quit Parliament if excluded from the party, bringing on a by-election in Bowman?

The LNP won Bowman on a two-party-preferred result of 60 to 40 – not what you’d call a high-risk seat.

To publicly burn any remaining principles of acceptable behaviour by a colleague because you’re that scared, well, is the party worth being a member of?

And it’s arguable that Mr Morrison is actually doing Dr Laming no favours.

Yes, there is the considerable parliamentary salary he’d be missing for a year, but his superannuation policy is rich and, more importantly, he would have a better chance of re-establishing a life if he was encouraged to really own his behaviour and resign.

We’re a forgiving lot. There are lines to be used about the terrible workload and strain, about losing touch with what is right, about wanting time to get back into helping society by other means etc etc.

Hanging around as a favour to the party until the next election might score him one of the many government cushy jobs, sitting on the Administrative Appeals Tribunal perhaps, alongside Sophie Mirabella perhaps, but he would forever carry the taint of being a ‘creep’ with no hope of public redemption by staying in the public eye.

But I suspect Mr Morrison doesn’t really care about Dr Laming’s welfare.
A member of the Twitterati nailed it.

Morrison’s yardstick reads: Sure he’s a creep, but he’s not illegal (yet)