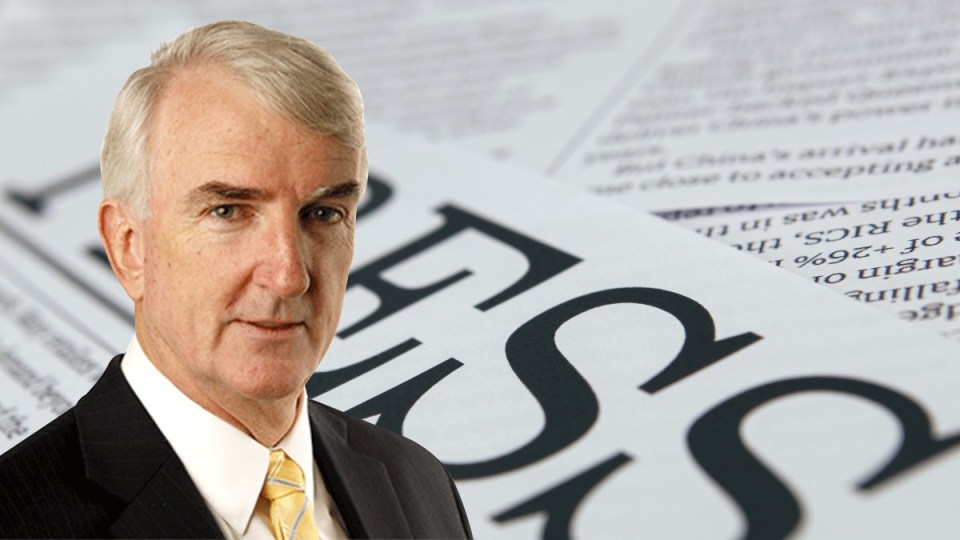 It’s Nine Entertainment that is reportedly copping $30 million a year from Google after the government, primarily on behalf of Rupert Murdoch’s News Corp and Nine Entertainment, pressured the tech giant into subsidising media companies for their inability to compete in the advertising business.

There’s another hint in that description, “media companies” – not “public interest journalism companies”.

There are further hints about the political media mates’ game in the latest Nine Entertainment annual report and the final annual report of Fairfax, before it was taken over by Nine.

Unless the Nine house committee (if there still is one – Nine hasn’t bothered to sign the old Fairfax charter of editorial independence) has something in writing that the Google millions will all go to increase the journalism budget, journalism will have to take its place in the queue behind stuff that is more important to Nine, like Married At First Sight and increasing the dividends paid to shareholders.

There’s innocent optimism among Nine journalists who bought into the management story that the government strongarming Google was about the public interest.

I suspect they don’t spend much time reading their employer’s annual reports.

In the last Fairfax report just before the takeover in 2018, the then CEO boasted about the Metro business – the key Sydney Morning Herald, The Age and Australian Financial Review newspapers.

“Our journalism is stronger than ever. We are investing heavily in quality editorial. It is a key competitive point of difference and at the heart of our premium brands and audiences,” the CEO said.

“A new advertising model underpins the Metro business. Our industry-leading sales and technology partnership with Google is maximising the value of our brands, audiences and advertising for programmatic buyers. We are seeing signs of print revenue mitigation as a result of a new industry-aligned vertical sales structure driving deeper, direct and more valuable partnerships with advertisers, and leveraging our rick data, audience expertise and insights.”

Yes, a great partnership with Google, maximising value. Funny how things change when there is the chance to grab of a dubious pot of money.

The 2017 Fairfax results showed Metro costs fell 12 per cent and EBITDA (earnings before interest, tax, depreciation and amortisation) soared 26 per cent to $49 million.

How the key newspapers are faring is more opaque within the much bigger Nine Entertainment operation, but two messages come through: It was COVID that really hurt the newspapers last year, not Google; and chairman Peter Costello wasn’t focused on public interest journalism in his cash grab.

Nine Entertainment said that in the year to June, the SMH, The Age and AFR were going gangbusters in readership, “all clear leaders in their respective sectors”, leading to increased subscription revenue. Digital subscriber growth was more than 20 per cent June on June for all three titles.

“In a difficult broader advertising market, Nine grew its digital advertising revenues by 4 per cent,” reported the report. “This was offset, however, by a 19 per cent decline in print.”

Key print advertising revenue used to be travel and luxury goods – COVID whacked them, not Google. Anyone remember all the ads for cruises?

“Digital advertising outperformed the broader ad market, driven both by the benefits of consolidation within the Nine Group as well as the advertising sales agreement with Google which resulted in an increased share of digital revenues.”

What? Google boosted Nine’s advertising as well driving readers to its websites? Well I never …

For Nine Entertainment overall, even with the pandemic’s impact on the second half of the financial year, revenue rose 17 per cent to $2.17 billion.

Nine chairman Peter Costello wasn’t bothering with anything as vague as “public interest journalism” in his contribution to the annual report. He was too busy complaining about the market power of Facebook and Google and how they weren’t subject to local content rules, as Nine television is.

“Nonetheless, they are able to use the premium content we produce to attract audiences in the Australian market,” Mr Costello wrote.

“We have consistently invested in premium content – in FY20 as much as $1 billion across our business.”

The chairman keeps talking “content”, not journalism. He’s on about TV  shows, quality stuff like Married At First Sight, not the work of Kate McClymont and Adele Ferguson.

“If we are not adequately compensated we will, regrettably, reduce our investment in this content. Simply, it will become uncommercial to make all the premium content we now make.

“This outcome would not worry Facebook or Google since it would not affect their global businesses in any significant way. But it will affect Australian creators, Australian consumers and Australian culture.”

Well we’ve already lost The Footy Show – why go on?

Mr Costello, a former federal Treasurer, dared mention Google and Facebook’s “tax advantages that Australian companies do not have” while trying to cover himself in the fig leaf of the “news content” excuse.

He would have more credibility and integrity if he had directly complained about the government’s inability or unwillingness to tax Google appropriately, but that would not be seemly while in the running for a cash drop from the politicians via the ACCC – the same ACCC that has rubber-stamped wave after wave of media concentration in Australia.

What does Mr Costello think the outcome will be of forcing Google and Facebook to subsidise traditional media not being sufficiently competitive in the advertising business?

“Local Australian production will benefit, but we believe the ultimate beneficiaries from this will be Australian consumers.”

Note it is “production”, not “public interest journalism”. It is Nine Entertainment. Yes, there will be more episodes of The Block.

As previously suggested here, Google and Facebook came up with a better advertising mousetrap. Nine and News Corp are pretending it’s all about dairy farmers making cheese.

Disclosure: The New Daily also is one of the publishers that will receive money from being part of Google Showcase

Disease concern for survivors of Afghanistan earthquake
Steve Smith confirmed as starter for first Test against Sri Lanka
Matildas will be keen to forget 7-0 drubbing by Spain
Upcoming stats will reveal where and how hard rates are hitting economy
Victorian MPs pocket a tidy 2.75 per cent pay raise
Reserve Bank review isn’t a ‘get the governor’ exercise: Jim Chalmers
Morrison under spotlight, government in damage control after ‘victim-blaming’ rape response
Today's Stories