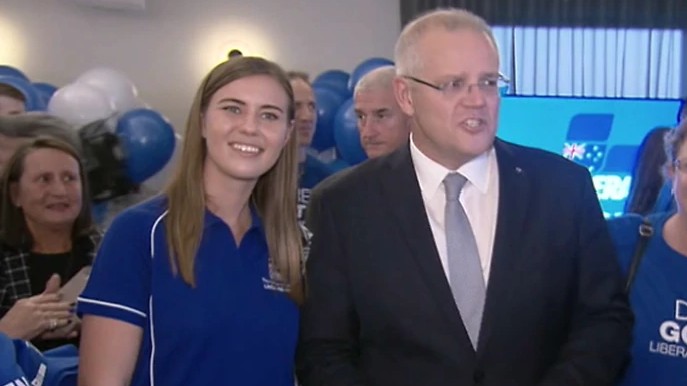 Early in the film Promising Young Woman, the audience watches as an awkward, slightly creepy man attends to a stunning blonde who is drunk to the point of passing out.

Viewers are in on the “joke” of this rape revenge film by this point.

We know Cassandra (Carey Mulligan) feigns extreme inebriation in nightclubs and waits to be rescued by men whose motives invariably turn out to be less than pure. White knights with dark intentions, if you will.

The creepy nerd kisses Cassandra. She fake-retches and asks for a drink of water. He scuttles off, only to find her asleep on the couch when he returns. His solicitous mask slips when he cannot rouse her.

“Hey!” he finally shouts, smacking her hard on the shoulder. When she blearily awakens, his syrupy tone returns – as he shoves a hand between her legs.

After the film, my partner confided he “didn’t feel very good about being a man right now”. He was not alone.

Recalling a Hollywood pitch meeting, filmmaker Emerald Fennell told Vanity Fair there was an awkward pause after she outlined this scene, prompting her to ask the studio exec if he was alright. “Yeah, I’m just thinking through every date I’ve ever been on,” he replied.

Sadly, too much of Promising Young Woman is a case of art imitating life. #MeToo proved that.

Now, we have our own promising young woman in Brittany Higgins, a young Liberal Party staffer who alleges she was raped by a colleague in a minister’s office after a night of heavy drinking.

And yet again, we witness too many men and women who should know better – they run the country, after all – struggling with how to respond to what should have been a straightforward, albeit scandalous, report of an alleged crime.

Parliamentary procedures and security protocols aside, it beggars belief that any compassionate human being would have asked the victim of an alleged sexual assault to debrief in the room where it happened.

But somehow, between Senator Reynolds and her chief of staff, that is exactly what happened.

Prime Minister Scott Morrison did not help matters with his ham-fisted revelation that wife Jenny advised him on how to respond to the story, asking: “What would you want to happen if it were our girls?”

This 👇 was my question to @ScottMorrisonMP (& his answer) following the remark his wife Jenny told him to think about what he would want for their daughters if they were in Brittany Higgins' position. @10NewsFirst @Studio10au #auspol pic.twitter.com/wHvX9K2VhU

That said, the decision of many in the press gallery and on social media to make this the story of the day was equally egregious.

Too often, assault survivors like Ms Higgins suffer further trauma when they are brave enough to speak up, only to see their stories hijacked for other purposes, whether that is to score political points or drive ratings or inflame culture wars.

So far, this promising young woman seems determined to continue to assert her voice as this story unfolds.

She will not be erased, it seems.

But someone else has been. Amid the headlines and hyperbole, someone has scarcely rated a mention, as is so often the case in reports of crimes against women, like domestic violence or sexual assault.

Let’s remind ourselves that Brittany Higgins was not ‘a victim of sexual assault’ in the same way that you might become, through bad luck, a victim of COVID or cancer. Nor is this story really about political bungling or security procedures, not at its core.

No, this is a story has a perpetrator, a man who chose to force sex on Ms Higgins, without her consent, while she was drunk to the point of unconsciousness.

The potency of Promising Young Woman is that it throws a harsh spotlight on the men who commit such intimate crimes, pulling them out from behind closed doors.

It reveals the full obscenity of those who prey on drunk women.

And it forces us to recognise an execrable lie that continues to pervade our society: That it’s possible for men to be confused about consent in situations like this.

It’s time we talk about him. And all the men who are like him.

Prime Minister, for your daughters, for Brittany, and for the rest of us, let’s make this the next phase of messaging in this grim tale:

When she is slurring, send her home.

When she can’t walk straight, leave her alone.

When she can barely keep her eyes open, forget it.

Christine Jackman: Focus must shift to sexual assault after sorry excuse for response