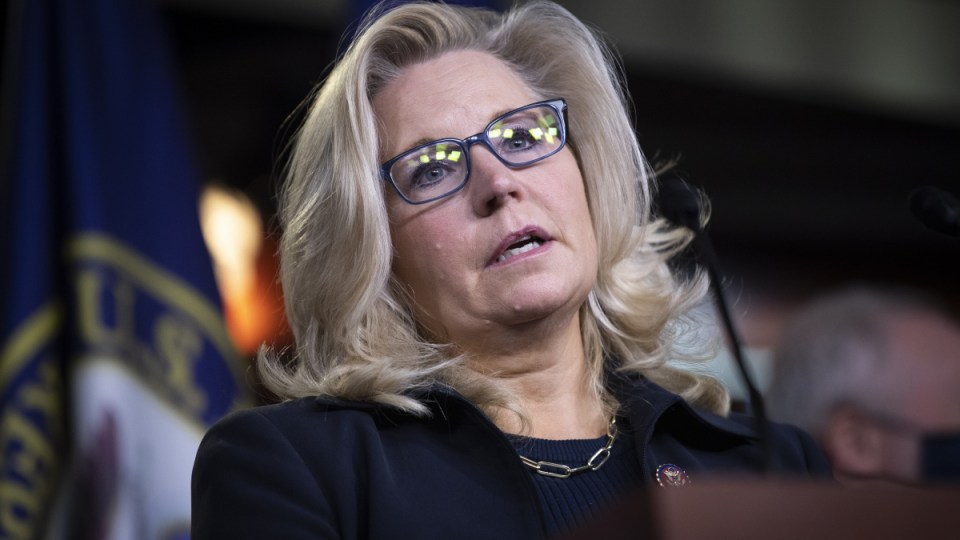 Liz Cheney is the most senior Republican to desert Mr Trump yet. Photo: Getty

Senior US Republicans are lining up to blame President Donald Trump for last week’s Capitol riot as the Democrat-led push to remove him from office gathers pace.

The third-most senior Republican, Liz Cheney, was among the first to speak out.

“The President of the United States summoned this mob, assembled the mob, and lit the flame of this attack. Everything that followed was his doing,” she wrote in a statement on Wednesday (Australian time).

“There has never been a greater betrayal by a president of the United States of his office and his oath to the constitution.”

Ms Cheney is the daughter of Dick Cheney, who was vice-president under George W. Bush.

Her statement came as the House of Representatives began to debate the Democrat-led motion to demand Vice-President Mike Pence remove Mr Trump from office under the little-used 25th amendment to the US constitution.

Her public withdrawal of support for Mr Trump was followed by Illinois Republican Adam Kinzinger, who has previously said the President should resign or be forced out of office.

In turn, he was followed by New York Republican John Katko.

“It cannot be ignored that President Trump encouraged this insurrection – both on social media ahead of January 6th, and in his speech that day,” Mr Katko wrote in a statement.

“To allow the President of the United States to incite this attack without consequence is a direct threat to the future of our democracy. For that reason, I cannot sit by without taking action.”

The rush of Republican statements is seen as a significant shift in moves to censure Mr Trump after last week’s Washington attack.

In a further blow, Mr Trump has also reportedly lost the support of Senate Majority Leader, Mitch McConnell. Mr McConnell is yet to speak publicly but has apparently indicated that he believes that impeaching Mr Trump will make it easier to get rid of him and his influence from the Republican Party.

A source has told CNN that Mr McConnell is furious about the Capitol attack, and even angrier that Mr Trump has shown no contrition.

The President emerged from a week of self-imposed public silence on Wednesday (Australian time) to visit the construction site of his Mexico border wall in Texas.

He defended his remarks to supporters at a rally before they stormed the seat of Congress and also lambasted Democrats for pushing ahead with a drive to impeach him for an unprecedented second time.

“What I said was totally appropriate,” he said as he left for Texas. “I want no violence.”

He did not answer questions about whether he would resign.

The Democratic-controlled House plans to vote as soon as Wednesday (US time) on an article of impeachment charging Mr Trump with inciting insurrection unless he resigns or Mr Pence moves to oust him.

It will vote later on Tuesday (US time) on a resolution calling on Mr Pence to use a section of the 25th amendment that allows a majority of the cabinet to strip the president of power if he or she is deemed unable to discharge the office’s duties.

In a letter to Speaker Nancy Pelosi, Mr Pence confirmed he would not try to remove Mr Trump. He said he did not believe such an action was in the best interests of the US.

With only eight days left in Mr Trump’s term, chances the Democratic push will result in his removal before Mr Biden takes office on January 20 appear remote. But Democrats say Mr Trump’s actions demand a response.

They could also use an impeachment trial to push through a vote blocking Mr Trump from running for office again.

A Senate conviction requires a two-thirds majority of those present, which means at least 17 Republicans would have to break with a president who has maintained an iron grip over his party for four years. An impeachment trial also could proceed even after Mr Trump leaves office.

Impeachment appears likely to pass the House. The lawmakers who drafted the formal charge say at least 218 of the 222 Democrats in the chamber already support it.

The House impeached Mr Trump in December 2019 for pressuring Ukraine’s president to investigate Mr Biden but the Republican-controlled Senate acquitted him in February 2020.