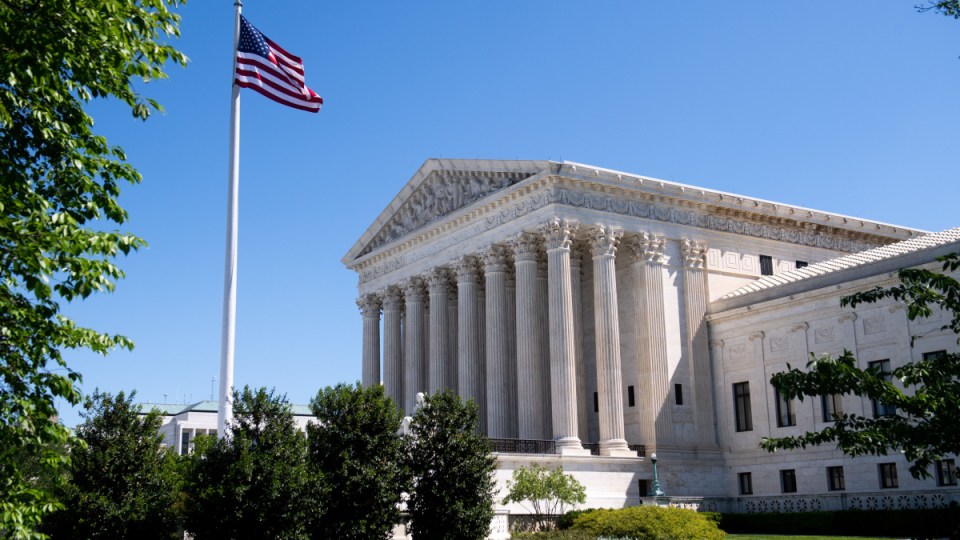 Texas' Republican attorney-general has gone to the Supreme Court with an unlikely bid to overturn the US presidential election. Photo: Getty

A key Texas Republican has been blasted after launching an audacious last-gasp bid to throw out US presidential election results in four battleground states.

Texas Attorney General Ken Paxton has gone to the US Supreme Court, seeking to invalidate election results in Michigan, Georgia, Pennsylvania and Wisconsin – all won by President-elect Joe Biden – in a challenge blasted by officials in those states as “a publicity stunt” loaded with “false and irresponsible” allegations.

The lawsuit, which has been given little chance of success by legal experts, argues that changes to expand mail-in voting in the four states amid the coronavirus pandemic were unlawful.

The US Supreme Court usually hears only cases that have already gone through lower courts.

But Mr Paxton has asked it to immediately block the four battleground states from using their voting results to appoint presidential electors to the Electoral College, essentially erasing the will of the voters.

Professor Paul Smith at Georgetown University’s law school said Texas had no legitimate basis for the suit, saying “there is no possible way” it had standing to complain about voting in other states.

“The Michigan issues raised in this complaint have already been thoroughly litigated and roundly rejected in both state and federal courts – by judges appointed from both political parties,” Ms Nessel said.

“Mr Paxton’s actions are beneath the dignity of the office of attorney general and the people of the great state of Texas.”

Wisconsin Attorney General Josh Kaul said the state’s Department of Justice would “defend against this attack on our democracy”.

“I feel sorry for Texans that their tax dollars are being wasted on such a genuinely embarrassing lawsuit,” he said.

Mr Paxton’s audacious motion came as the Trump administration was about to run out of time to contest the November 3 election results.

So-called “safe harbour day” – December 8 – marks the deadline set by US federal law for states to resolve challenges to the 2020 presidential election results.

That will lock in directions for the 538 electors who will meet on December 14 to formally vote for their choice for the next president.

It also came as the US Supreme Court has rejected Republicans’ last-gasp bid to reverse Pennsylvania’s certification of Mr Biden’s victory.

Trump allies sought to throw out up to 2.5 million mail-in ballots in Pennsylvania as they try to undo the outgoing President’s election loss.

In a brief order on Tuesday (local time), the court rejected a request from US congressman Mike Kelly, a Trump ally, and other Pennsylvania Republicans – who argued the state’s 2019 expansion of mail-in voting was illegal under Pennsylvania law.

There were no noted dissents from any of the justices on the court, which has a 6-3 conservative majority, including three Trump appointees. Prior to the election, Mr Trump urged the Republican-led Senate to confirm his most recent nominee, Justice Amy Coney Barrett, so she would be able to take part in any election-related cases.

Mr Trump and his allies continue to falsely claim that he won November 3 election, making unfounded claims about widespread voting fraud in states including Pennsylvania.

Democrats and other critics have accused Mr Trump of aiming to reduce public confidence in the integrity of US elections and undermine democracy by trying to subvert the will of the voters.