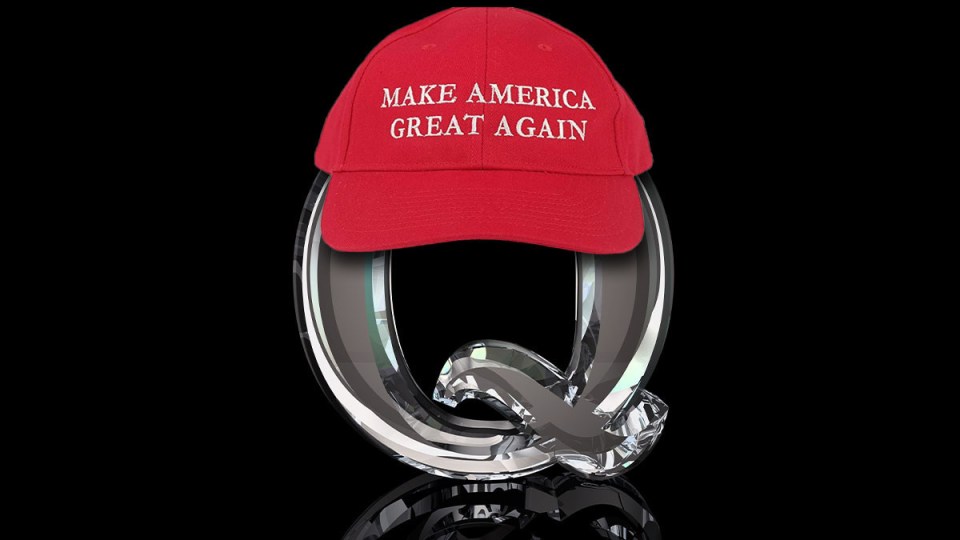 Donald Trump has been compared to a cult leader as he spreads misinformation among his followers. Photo: TND

Senior Republicans who have spent years shrugging off Donald Trump’s false claims and conspiracy theories have begun to turn on the President.

But the baseless theories that Mr Trump has spread have been so dangerous and have happened so often that outside of the White House he has built a following that is not based on reason.

That assessment was made by author and New York Times commentator Thomas Friedman, who likened the Republican party to a cult.

Could it be that the election loss will deter these loyal followers? Unlikely, experts predict. Rather, many will continue to toe the Trump line even without their esteemed leader in office.

According to renowned American psychiatrist Robert Jay Lifton, who once taught at Harvard Medical School and wrote a paper titled ‘Cult Formation’, cults can be identified by three main characteristics:

It’s not the first time the term ‘cult’ has been used to describe Mr Trump’s followers.

The President has even been referred to as the conspiracy-theorist-in-chief for stirring up so many false claims.

The spread of misinformation online has caused millions of people to believe Joe Biden is a socialist and Hillary Clinton is “part of an evil cabal that was involved in pedophile rings”, Barack Obama told the BBC on Monday.

Mr Trump has been a key stirrer of misinformation and because of this, the United States is more divided than it was 12 years ago when he ran for office, Mr Obama said.

Mr Obama said a culture of “crazy conspiracy theories” has deepened the divide among Americans and it will “take more than one election” to restore unity.

With just over two months until Mr Biden takes office, Mr Trump is refusing to concede defeat while convincing his supporters the election was somehow “rigged”.

He has claimed, without evidence, that widespread voting fraud occurred.

“If you look at the legal votes, I win very easily,” Mr Trump told reporters from the White House briefing room.

The Trump administration has also doubled down on claims people cast votes on behalf of the dead in order to fake votes for the Democrats.

In one notable example, they accused James E. Blalock Jr – a World War II veteran who died in 2006 – of voting in the 2020 election.

This baseless claim was repeated by Fox News in a segment it considered as ‘opinion’.

Later, news channel 11Alive revealed Mr Blalock did not vote in this election.

Rather when his widow, Agnus, cast her own absentee ballot, she signed it using her married name of “Mrs James E. Blalock Jr”.

Fox anchor Tucker Carlson was forced to issue a mea culpa for spreading the lies.

Meanwhile, some followers of the QAnon conspiracy group have conceded in online forums that Mr Trump has lost, but many are still standing by their man.

They were among the crowds marching and chanting in support of Mr Trump during sometimes-violent protests at the weekend.

Mr Trump has previously refused to condemn QAnon whose followers claim to have insider knowledge of celebrity pedophile rings and casts doubt over the seriousness of COVID-19.

“I don’t know much about the movement, other than I understand they like me very much, which I appreciate,” he told reporters at a White House press briefing.

The Republicans urging Trump to concede

Acknowledging Mr Biden is the president-elect might seem like an obvious statement, but it’s one that few Republicans have been willing to make.

Slowly, more and more of them are speaking up.

Several Republican senators, including John Cornyn, Ron Johnson, Chuck Grassley and James Lankford, have begun saying Mr Biden should be entitled to classified intelligence briefings so he can prepare himself for the White House and any security threats.

This is normal procedure for a transition of power, but so far Mr Trump has refused to co-operate.

Senator Lankford, an Oklahoma Republican, said on a podcast released on Wednesday that he would take action if Mr Biden did not start receiving presidential daily briefings by the end of the week.

“If that’s not occurring by Friday, I will step in as well to be able to push and say, ‘This needs to occur,’ so that regardless of the outcome of the election, whichever way that it goes, people can be ready for that actual task,” Mr Lankford said in an interview on KRMG radio in Tulsa.

Mr Trump is continuing to dig in his heels.