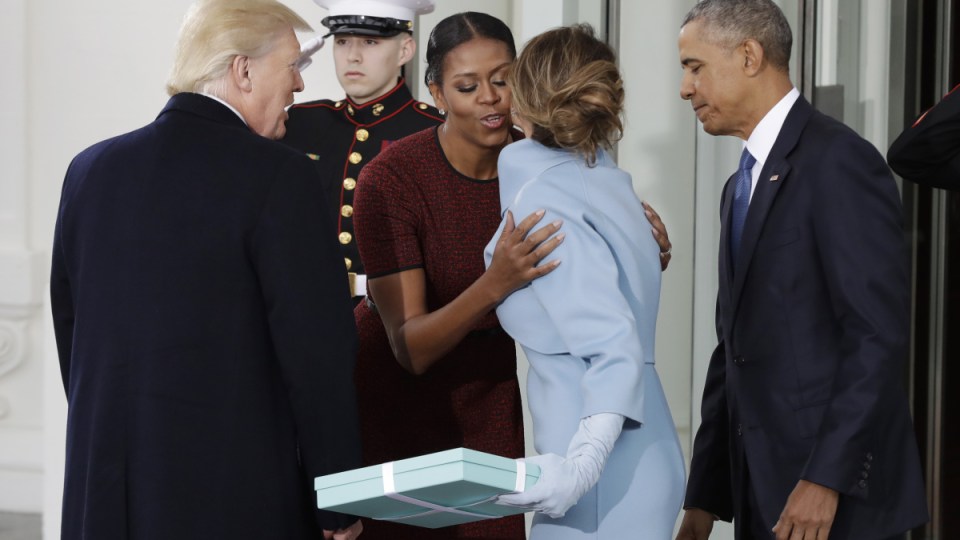 Former US first lady Michelle Obama has urged the Trump administration to organise a seamless transition to a Joe Biden presidency “because our democracy is so much bigger than anybody’s ego”.

In a lengthy Instagram post on Monday (US time), Ms Obama reflected on what it was like for her and her husband Barack when they accepted that Donald Trump had beaten Democrat contender Hillary Clinton in 2016.

“I was hurt and disappointed – but the votes had been counted and Donald Trump had won. The American people had spoken,” she wrote.

“One of the great responsibilities of the presidency is to listen when they do. And so my husband and I instructed our staffs to do what George and Laura Bush had done for us: Run a respectful, seamless transition of power – one of the hallmarks of American democracy.

“We invited the folks from the president-elect’s team into our offices and prepared detailed memos for them, offering what we’d learned over the past eight years.”

Ms Obama said she found the situation difficult because “Donald Trump had spread racist lies about my husband that had put my family in danger”.

“That wasn’t something I was ready to forgive. But I knew that, for the sake of our country, I had to find the strength and maturity to put my anger aside,” she wrote.

With Mr Trump and many of his key allies continuing to defy Mr Biden’s victory in the November 3 presidential election, Ms Obama said the election results should be accepted.

“The presidency doesn’t belong to any one individual or any one party,” she wrote.

“To pretend that it does, to play along with these groundless conspiracy theories – whether for personal or political gain – is to put our country’s health and security in danger. This isn’t a game.”

She finished by urging Americans, “especially our nation’s leaders, regardless of party”, to honour the electoral process and do what they could to encourage a smooth handover to Mr Biden – “just as sitting presidents have done throughout our history”.

On Sunday, he apparently acknowledged Mr Biden’s victory – but only briefly.

Later that day, he tweeted four words: “I WON THE ELECTION!”

Also on Sunday, Barack Obama, in an interview on CBS’ 60 Minutes, said he would remind Mr Trump that, as president, he was a public servant and a temporary occupant of the Oval Office.

“When your time is up, then it is your job to put the country first and think beyond your own ego, and your own interests, and your own disappointments,” Mr Obama said.

“My advice to President Trump is, if you want at this late stage in the game to be remembered as somebody who put country first, it’s time for you to do the same thing.”

Mr Obama told CBS that the US faced a huge task in reversing the culture of “crazy conspiracy theories” that have exacerbated divides in the country.

Anger and resentment between rural and urban Americans, immigration, injustices and “the kinds of crazy conspiracy theories – what some have called truth decay” had been amplified by some US media outlets and “turbocharged by social media”, he said.

“What we’ve seen is what some people call ‘truth decay’ – something that has been accelerated by outgoing President Trump,” he said.

‘This isn’t a game’: Michelle Obama’s message to Trump and his allies