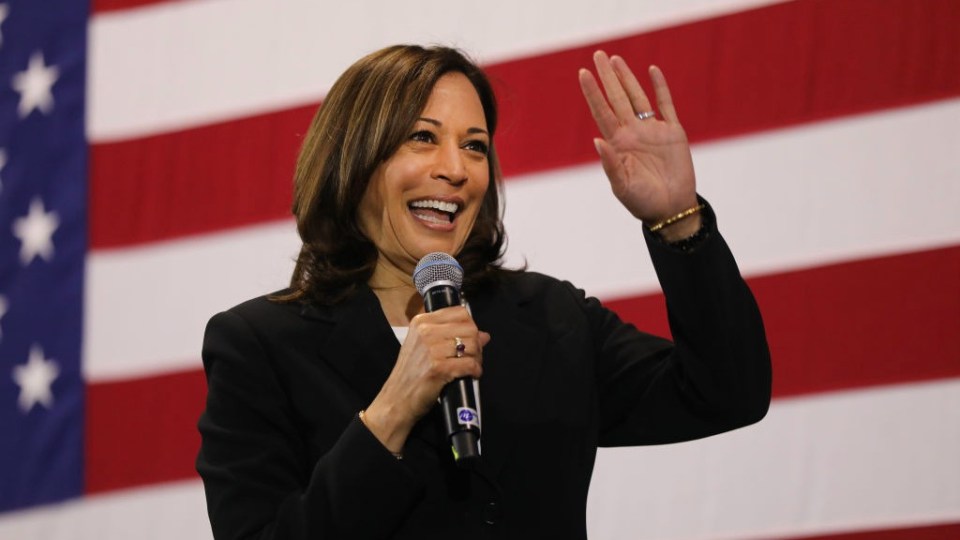 And it seems the 56-year-old is already rolling up her sleeves, tweeting “Let’s get started” as Joe Biden was declared winner of Pennsylvania and therefore the next president.

“This election is about so much more than @JoeBiden
or me,” she wrote on Twitter, having updated her Twitter bio to “vice president elect”.

“It’s about the soul of America and our willingness to fight for it. We have a lot of work ahead of us. Let’s get started.”

As America reacted to the news Mr Biden would be the 46th president of the United States, Ms Harris stood in a grassy field and phoned the president-elect to declare “We did it”.

We did it, @JoeBiden. pic.twitter.com/oCgeylsjB4

The woman who will help run the country had a trailblazing career in law and politics, with her own dreams of becoming US president, before she was approached to be Mr Biden’s running mate.

She was San Francisco’s district attorney in 2003, before being elected the first woman and the first black person to serve as California’s attorney general.

In nearly two terms as attorney general, Ms Harris shone as one of the Democratic party’s rising stars and was elected California’s junior US senator in 2017 – becoming America’s second ever black female senator.

The biracial daughter of immigrants – a Jamaican father and Indian mother – she grew up in California’s Bay Area and was bused to an elementary school in a richer, whiter neighbourhood than her own.

When her parents divorced, and when her mother found teaching and research work in Montreal, she moved the largely white, French-speaking city for her middle and high school years.

For college Ms Harris went to Howard, a historically black university in Washington, D.C. and from there forged her own path, with her own rules.

She didn’t marry until she was 49. Her husband is white and Jewish and she’s a stepmother to his two children.

Ms Harris made a name for herself in Washington and often went viral for her withering prosecutorial style as she grilled her opponents in Senate hearings.

The California senator had dreams of becoming American president and was among the lead candidates in the battle for the Democratic presidential ticket, surging ahead after a series of strong debate performances.

When her campaign for president ended, she was named Joe Biden’s running mate which sparked a resurgence in donations to the Democrats.

“That I am here tonight is a testament to the dedication of generations before me,” Ms Harris said in her Democratic National Convention acceptance speech in August.

“Women and men who believed so fiercely in the promise of equality, liberty and justice for all.”

Ms Harris’ win represents millions of American women and African Americans who were crucial to helping Joe Biden get over the line.

‘We did it’: Kamala Harris makes history as America’s first female, Black and South Asian VP